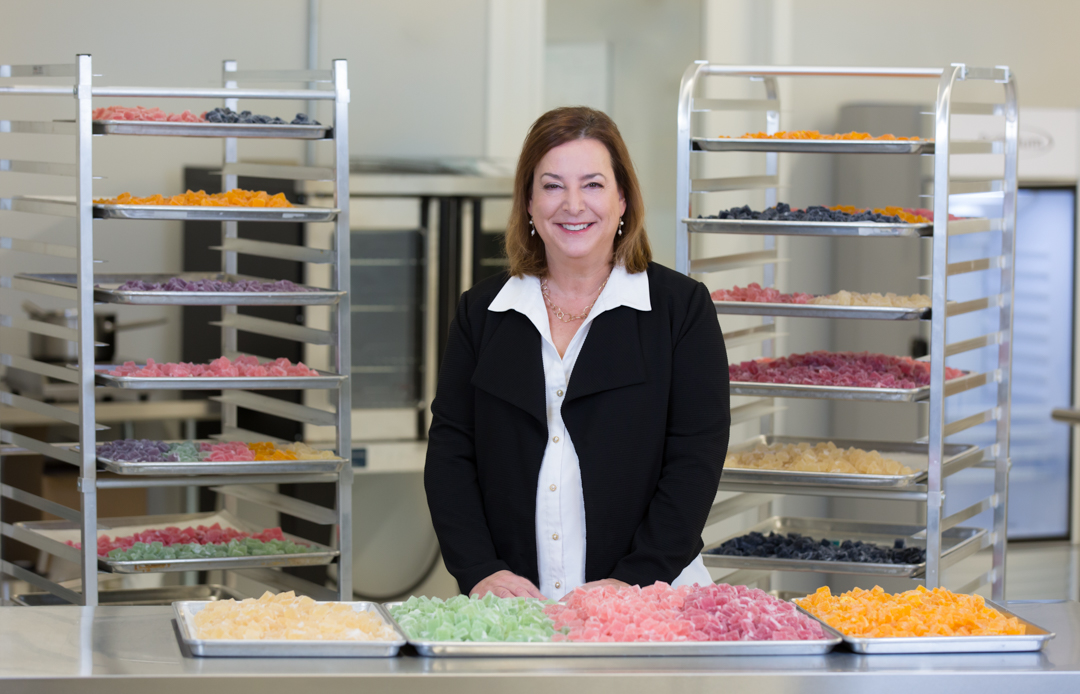 Meet The Martha Stewart of The $15B Cannabis Industry

Nancy Whiteman, CEO of Wana Brands, shares what it takes to make it in the cannabis business and how she’s building one of the fastest growing national marijuana brands.

Cannabis is big business making an even bigger impact on people’s lives. Retail sales of medical and recreational cannabis in the United States are on pace to exceed $15 billion by the end of 2020―an increase of approximately 40% over 2019―according to the Marijuana Business Factbook. And with many state legalizations just pushed through in the 2020 election, U.S. sales are projected to rise as high as $37 billion by 2024. We had the opportunity chat with Nancy Whiteman, a pioneer of edibles in the Colorado recreational market hailed as the “Martha Stewart of Edibles”.

Conscious Connection: It’s great to be with you, Nancy. How did you get started in the cannabis industry?

Nancy Whiteman: Around 2010, I had a neighbor who was in commercial real estate and this was a really tough time to be in that business in Colorado. So, one day I asked him how his business was and he said to me, “Oh, well, I don’t know that you’d approve, but I started an infused soda pop company”. I was actually not familiar with the terminology because this was right after legalization. Then he said, “Oh, infused with marijuana”. I was like, “That sounds like a cool idea How would I not approve?!”.

So long story short, my partner and I ended up building out a kitchen with him and for a brief period of time and we were partners. But like many business partnerships, it didn’t last. I do owe him a debt of gratitude because he did get us into the business. So I came into this business mostly thinking it was a cool opportunity and you know, who doesn’t love cannabis?! Right away, we started getting incredible feedback from customers. At that point, we didn’t have an adult use market because It was all medical. So, after a while we started to get more feedback from people about how our products had helped them make it through chemo or address their M.S. symptoms or sleep better.

I was really blown away by it. I had never really known anybody who had used cannabis medicinally. So, when I started to really understand the power of the plant, then my whole perspective on the business shifted. I became fascinated by the plant, the industry and by the potential that, what we were doing could help people take control of their health and wellness issues in a new way.

CC: What were your biggest obstacles that you had overcome in growing your company?

Nancy: In terms of growing the company, this was 2010 in Colorado, just a scooch after true legalization occurred. It felt like the wild West. There was still not robust regulations in place. There was no third party lab testing for potency. There were no child resistant packaging requirements, there was no labeling requirements. It really was pretty undeveloped, which in some ways, starting out, is sort of nice. But, also, what that meant was, probably every four to six months there was something major coming down the road from a regulatory point of view that needed to be adjusted to. And it sounds like a small thing, but it actually necessitated us almost completely. And many other companies completely overhauling our manufacturing processes. So those early days were adjusting to pretty much constant and major changes in regulation. The other thing that was very challenging early on was, there was no information about what was going to sell. Well, there was no information really about anything. So you really have to be a person in those kinds of situations who is willing and comfortable with just sort of feeling your way through things.

CC: You’ve famously been called the “Martha Stewart of Edibles”. What inspired you to concentrate your focus on edibles instead of flower?

Nancy: Edibles were the logical thing for us, given where the market was at that point in time. But, most importantly, I love to cook! Ironically, out of all things that I like to cook, candy would probably be at the very bottom of the list because it requires a level of precision that I am not known for. I’m really good at cooking things like, stir fry and soups, you know, things that have flexibility. There is no flexibility with confectionary products. You must do them extremely precisely. Very detail oriented people who like to replicate processes should be trying to do this, which really wasn’t me, but I at least knew my way around the kitchen. And, back in 2010, there really wasn’t that much on the market except for flower and edibles. Like so much in this industry and in life, your perspective is very much based on a point in time. Whether you’re smart or stupid has very little to do, with success sometimes. It just has to do with timing.

Nancy: There’s big differences between like the Western States. For example, Washington, Oregon, Colorado, California, There were no state mandated limits on the number of licenses that could be issued. There were other limits, practical limits within municipalities, but the state didn’t limit the licenses. And then you have very limited license States. The Northeastern States tend to be like that. The Midwestern States as well. Illinois is a perfect example — very large population, very controlled number of licenses, very controlled amount of cultivation. You can barely get enough THC to grow the way you want to grow your business there. And then in other markets, like Oregon, there were no limits on cultivation and it’s a glut, right? States are trying to manage what they see. And then, of course, businesses are trying to manage their own needs and what they can grow. It is a very predictable dynamic that you’re going to have shortages. And then as regulations loosen up the amount of THC available loosens up too.

CC: We are focusing on the positive effects of THC and CBD to help people cope with these uncertain times during the pandemic. How do you feel these products can help?

Nancy: Enormous numbers of people are dealing with anxiety, depression, sleep problems, and all of those things have gone up a bunch during COVID, whether it’s the fear of getting the virus itself or the fear of losing your job or you, and then put that against the backdrop of a country that’s incredibly divided politically. It’s a time of incredible anxiety for many people. And I think that is one of the reasons why we are seeing the cannabis industry, performing so strongly during this period. It’s an affordable, low side effect, effective way for people to address some of these health and wellness issues that they have without having to take prescription medications or things that have undesirable side effects. Most people can use cannabis without having any side effects.

CC: What single best piece of advice do you have for entrepreneurs who want to make an impact doing what they love?

Nancy: I’d start out by saying, make sure you have the wherewithal financially to keep going with it because very few businesses start out being profitable right away. You have to be able to hang on. So choose something that you’re really excited about and you really love because there’s gonna be a lot of hard times along the way. And it’s very easy to give up. If there isn’t something inherently that’s driving you to want to do.

And for me, it has to be beyond, “How I can make money doing this?” I mean, for some people that might be enough motivation, but there’s lots of different ways to make money. I think you’ve got to find something that you have some passion around and that you feel like this is important enough that you’re willing to go through all the discomfort. I do think a lot of being successful is just being willing to live through the discomfort of, of doing things that other people are not willing to do. Surround yourself with quality people, whether it’s your lawyers, accountants, advisors or publicists. And most importantly, your partners and your employees need to be people who share your values and, lift you up when, when times are hard.