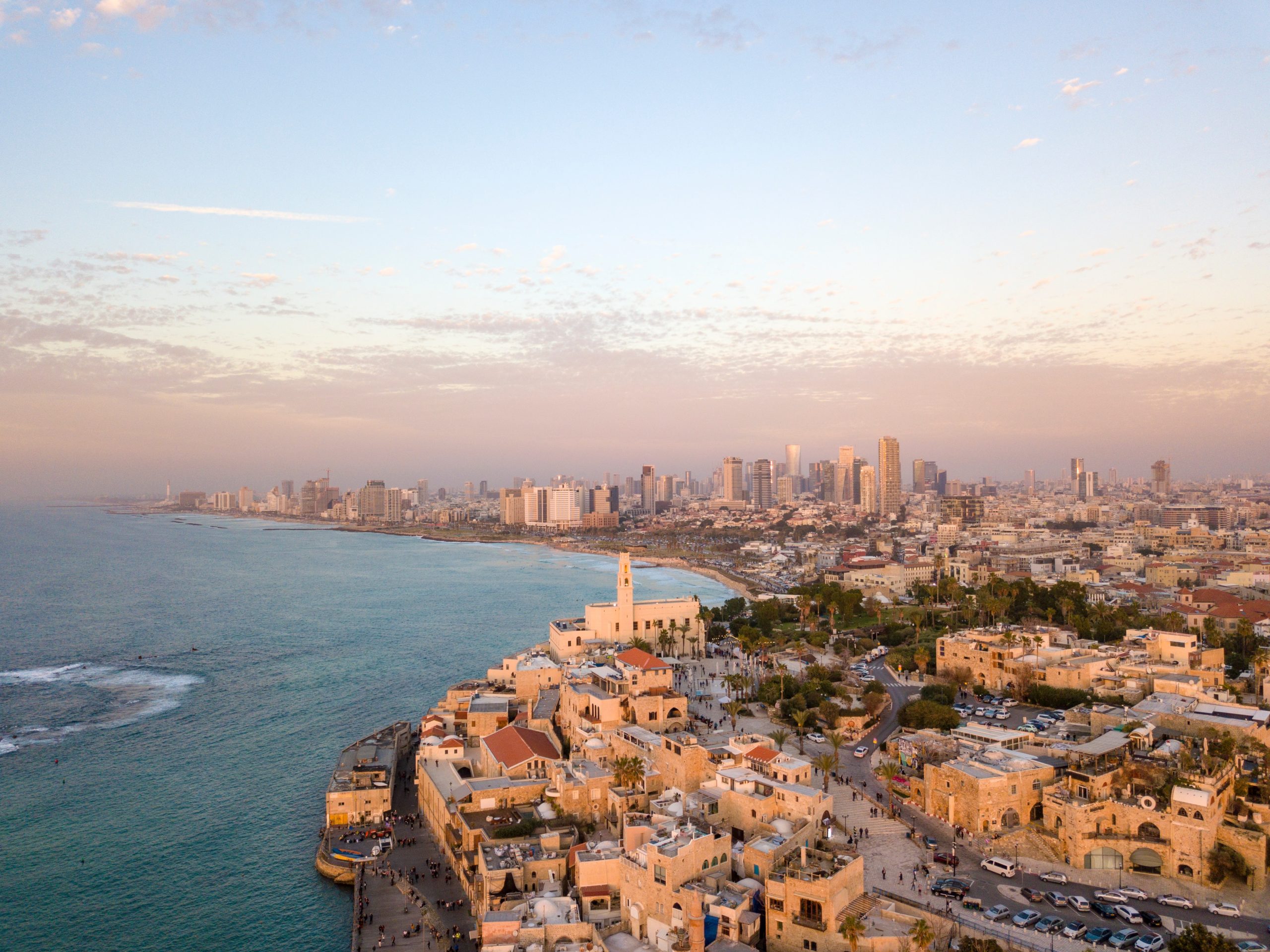 Conflict between Jewish people and Muslim Arabs has been written about for as long as history’s been recorded. Since Israel’s conception in 1948, this conflict has continued to result in civil unrest, war, and unnecessary death. Today, these issues are largely left unsolved as most humans are concerned with a smaller spectrum of problems at work or at their dinner table.

Enter Roni Ariely of Cities Leading Change who is operating on a much more macro level.

How Roni’s Career Has Led To This Moment

With a lifelong background in the Advertising industry, Ariely is the Founder of the Cities Leading Change initiative—an idea born out of the coronavirus pandemic. Since last year, Ariely has collected a team of individuals to support an idea that intends to create profitable businesses while also solving social issues. Namely, co-founders Ayman Samara and Yaakov Peri have hopped on board. Together, this team has decided it necessary to foster social and business connections between Jews and Arabs in order to create a better world for future generations.

“In Israel, we had quite a lot of political problems [during the pandemic]. Everybody was talking about negative things, especially about our prime minister,” said Ariely over a Zoom call he fielded from his home in Tel-Aviv. “One day I woke up and said, ‘I’m not interested to share negative feelings with anybody. Each person should do something positive for his country.’ I decided to go ahead and try what I didn’t do many years ago—something between Arabs and Jews within Israel.”

After working for an Arab Advertising company years prior, Ariely had verbalized this idea. Yet at the time, he had more reasons to let the dream go than to follow it. Since then, Ariely amassed an interesting and multi-cultural perspective after years living, working, and going to school in places like the United States, United Kingdom, France, and Columbia. He’s had multiple success stories whilst working for top advertising companies and running the largest ad agency in Israel. Now during a time when most successful individuals would consider retirement, Ariely is launching his passion project to chip away at century-old stigmas.

“For example, if you interview an Arab guy, even if he has a master’s degree, usually one would think that he is inferior to the Jewish guy,” said Ariely. “That’s the perception, but you know, it’s a wrong perception. Ideally, we should not judge people according to their origin, but we should judge people according to their capability or education.”

Ariely believes that his business, Cities Leading Change, can work to end such stigmas by putting people from different cultures together in order to solve a mutual, unaddressed problem. Ariely believes this because he’s already seen barriers broken down in the Israeli healthcare industry.

“They have and they can work successfully together—no matter which origin they come from,” asserted Ariely. “In our hospitals, there are many Arab doctors. In the Israeli health sector, around 36% of healthcare workers are Israeli Arabs, although they only account for 21% of the population. So, the Arab doctors are equal to the Jewish doctors because they got to know each other working together in the hospitals. And that’s my aim, to try and change that in many places, not just the health business.”

Ariely refers to his home country as a “startup nation”—another reason for his hunch that Cities Leading Change could catch on. He also notes that the Israeli federal government cannot change people’s feelings from the ground-up. Cities Leading Change is all about people making modifications within communities that will have country-wide ripple effects.

“I’m not the political guy. I don’t want to be. In Israel, everything you do regarding Arabs, they consider you as the left side. I’m trying to stay practical for what’s good for the country,” explained Ariely.

For this reason, Ariely and his team have elected to work with city officials and community leaders.

“Each city has about ten departments… Health, education, violence, many departments we interviewed,” recalled Ariely. “And we picked up the most important challenges of the city in order to improve for the citizens.”

As if his new endeavor wasn’t hard enough, Ariely’s inaugural class selected sexual education as one of the first problems to address. Specifically, lack of sex education for Arab women in Israel has led to widespread sexual violence.

“We’re investigating this problem of sexual violence in the Arabic cities. After talking to around 50 women who are already dealing with things similar, they found out that the problem is deeper,” explained Ariely. “The young women, they don’t know much about sex because their mothers never talked to them in the Arab society. Sexual violence is something very negative, very bad. We have to educate them, to give them something which will be objective and reliable about sexual life.”

In this case, there would be no business without such feedback. The group that spearheaded this idea were able to learn about a problem that has been swept under the rug. The group talked to people who’ve experienced the issue in real life and are working now to create a viable social business that can pitch government agencies, organizations, donors, and volunteers.

“We are just about to start a public relations campaign because the idea is to show the whole country, you know, national TV channels, national newspapers. And to show what happens between Arabs and Jews [in our program],” said Ariely. “I think that people would be amazed that it can work very well. Hopefully, step-by-step, this will change the attitude and bring these two societies together.”

In cities like Kfar Saba and Kfar Kassem (where the program got its start), it is not often that individuals recognize and research taboo community issues—let alone work to build a business that intends to solve them. Ariely and his program directors have teamed up with key entrepreneurship teachers like the Academic Director for Cities Leading Change, Shlomo Abas.

About 30% of the Cities Leading Change initiative is education and course study. The other 70% of the program is about building a business to tackle a problem.

“Now, how do you build the business?” Asked Ariely. “We divide 16 [program members] into four groups of four people. Each have two Jews and two Arabs from each city. Each group is accompanied by a mentor, a very experienced businessman or businesswoman.”

The Cities Leading Change program lasts about four months. From there, the individuals involved can decide whether to fully commit to their new business or simply apply newfound education to their life. Either way, Ariely sees every experience as a win.

There are now five ideas in the making and will be 13 total by the end of the year. In three years, they intend to start 60 business ideas solving city problems and will continue to support many of them for a few years hoping to bring them to other cities in the country.

Cities Leading Change in the Future

“We started in two cities in the center of Israel. Now in August, we are starting in two pairs of cities—four cities—in the Northern part of Israel. We got the blessing from the local municipalities, and we’ll have eight new business ideas by the end of the year. And we’ll keep circling back to these cities because there are more than just two problems in each city,” said Ariely.

Cities Leading Change is different from other social or community initiatives. This is due to the fact that there are incentives to learn something new, to grow oneself, to establish new connections, and to possibly create a moneymaking business.

Ariely is staunch on his position that one must “fall in love with a problem” in order to create a business that addresses it. What’s more, he recommends that there are never too many connections to make on the way to building something born from a single idea.

“I read this book called Building Social Business by Muhammad Yunus. He actually got on the New York Times best seller list. He also got the Nobel Prize, an Indian guy,” said Ariely. “He invented the concept of social business, which means you do something good. I got it from the States, from this small company, what’s the name of this small company [laughs]. But some people have an idea that they want to make millions, fine. But if you can, also do something which gives something good for the society. Do something with your idea, which can help, and you will also make money. There is a lot of work to be done now. I hope we will be able to do the same in the near future between Palestinian and Israeli cities – we will have to wait on that for now.”