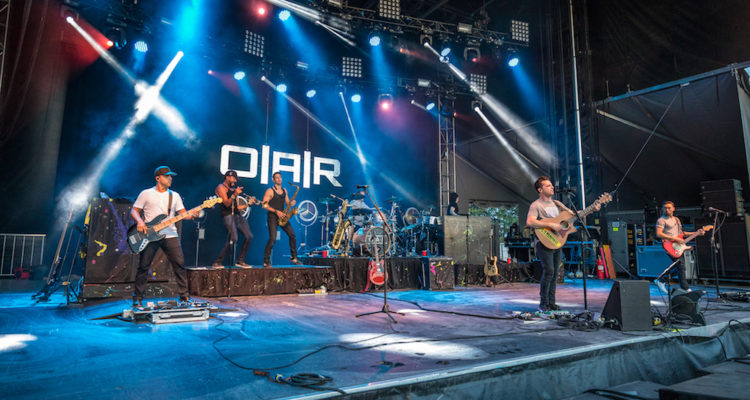 Jamming with O.A.R. on Connection and Community

O.A.R (Of a Revolution), the prolific American rock band originally from Rockville, Maryland, has been playing together for more than 20 years. In their 20 years of experience, O.A.R has developed a reputation as a jam band for the engaging, improvisational energy they bring to their live performances. The Conscious Connection team was fortunate enough to catch their set at the Firefly music festival at The Woodlands in Dover, DE last week.

Conscious Connection: You guys have been playing together for 20 years. Can you guys talk to us a little bit about how it all started?

O.A.R.: We started our band after seeing MTV unplugged, the Pearl Jam special. We were in eighth grade right when the grunge scene was of kicking off. There was just something about that unplugged special that was it for us. So we played the eighth grade talent show.

We think it was the loudest crowd we’ve still ever had today. We’ve played some cool shows. That eighth-grade talent show, though…

Fast forward to a few years later when we were in high school. We met Benj Gershman, we had Richard On on guitar, and the four of us clicked as a band. It was the end of high school. There was starting to be a little bit of a buzz around us. We felt like if we all went to college together then we’d really be able to give it a shot.

Conscious Connection: What year did you guys graduate high school?

Conscious Connection: You put out your first album in ‘97.

O.A.R.: We recorded four or five songs on a tape in ’96, and then we went back and did another four songs. Nine made it on to The Wanderer. When we went off to college, our friends did too and they would bring those tapes. They were sharing them all over the country.

Napster was just coming out. That was another thing that really helped grow our band’s presence in the nation.

Conscious Connection: What was that conversation like, deciding to go to college out of state?

O.A.R.: We had a plan. We were all going to go to Ohio State together because it was the biggest school in the country, 60, 000 kids. We’d get a good education, but it was also a place we could all get into. There was a big music scene. It was such an interesting time in the music industry, and for us.

Conscious Connection: How did Jerry fall into the fold?

O.A.R.: Jerry was one of the first people we met at Ohio State. He hit it off with a buddy of ours and they started a band together called Ordinary Peoples. We started playing shows together. Jerry said, “Hey, I play sax, can I sit in on a song?” One song became two songs became three became, pretty much…

Conscious Connection: Where was your first big show?

O.A.R.: The Newport was probably a sign of the times. It was a little bit of a struggle for us to get booked into the main circuit.

We were struggling to find a venue that would allow us to play. We had to rent out the Newport Music Hall to have an opportunity to play for as many people as we thought we could.

We fortunately had a fanbase building on the side. Our big shows were house parties on campus, these huge college parties. We said, “Okay, they’re not going to book us so we’ll just rent it out and throw a concert ourselves.” Then they caught on.

Conscious Connection: That’s awesome. So I know you guys often use the success you’ve achieved as a means of giving back. Can you tell us about your Heard the World foundation?

O.A.R.: It’s a fund that’s managed by a foundation that we’ve focused on. We direct 50 cents or a dollar from every ticket we sell on our headline tours towards youth and education programs. It’s important for us to take every opportunity to use what we’re doing to give back to the communities that made it real.

Conscious Connection: You also give back to the veterans.

O.A.R.: We’ve always felt strongly about supporting the military community. They’re providing us with the freedom that we have that allows us to be out playing shows. We took a week-long trip and did a USO tour in 2007, and that was eye-opening. We realized that our support needed to grow.

Chris has participated with Team Red White & Blue, which brings vets together through exercise, and its social aspect. The guy who started it was dealing with PTSD. He realized he only felt better when he was out for a run or hanging out with friends, so he decided to get that message out there. He started organizing it in his hometown. Now there’s chapters all over. They’re such a great community and support group that way.

Folds of Honor was another one that we were involved with recently. They give support to families of veterans who are disabled or have given that ultimate sacrifice; scholarships for their children, wives, or husbands. 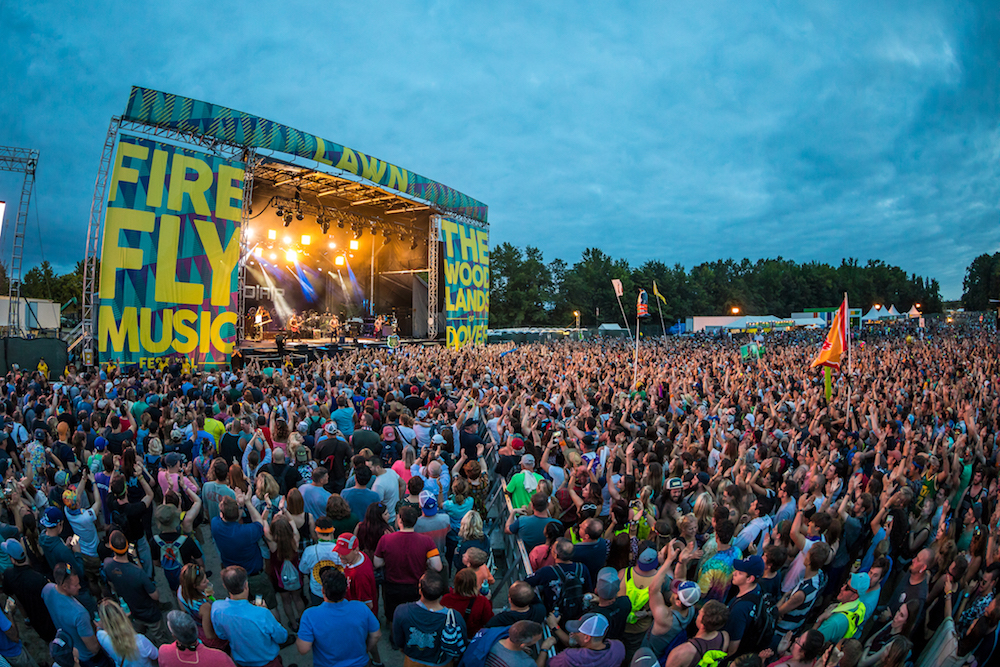 Conscious Connection: What inspired you to come to Firefly? Is this your first time here?

O.A.R.: It is. We’re so excited. We love playing festivals. We’ve been to Bonnaroo a bunch of times. We’ve played at Hangout Fest, we’ve done the Denver Mile High Fest, Kaaboo in San Diego a couple years back, and 10, 000 Lakes Fest.

Conscious Connection: Do you think the festival scene is making it more opportune for younger bands who are trying to start up?

O.A.R.: I think festivals are doing the same thing they’ve always done, and allowing people of all ages to come out and catch music they wouldn’t be exposed to otherwise. For the younger generation, this is a great opportunity. There are artists that have been around for a long time and brand new artists. We love the diversity of the music and we’re very happy to be included in that.

Conscious Connection: Tell me about being a jam band.

O.A.R.: Are we a jam band? We’re turning the questions on you now.

Conscious Connection: I would consider you a big jam band, seeing Mark freestyle, Jerry and Mike battling each other on the sax, and how the fun that you guys have on stage radiates to the fans.

O.A.R.: I think that’s what has allowed us to be able to do this for 20 years. We like to think of it as a pulse we’re creating. Sometimes it’s not just the lyrics, but also the vibe that you get, a connection that resonates. We often change our set list and improvise. The lyrics could be a spin on what you’re used to hearing on the CD. We stretch some things out and we’re able to build off that. It keeps us pushing the limits so we always grow and stretch as artists. And it’s great for our audience because it’s not just the same thing they’ve always heard. It’s all about moving the crowd.

That’s what’s so great about an event like Firefly. It’s the experience you take home with you afterward.

Conscious Connection:  Is there anything you guys want to tell your fans about how to get to where you guys are?

O.A.R.: Work hard and have unified goals with the people you’re on that path with. We know things are going to change. We have to adapt, and we want to make sure we’re all on the same page. But be ready to work hard every day of it. That’s how it happens. 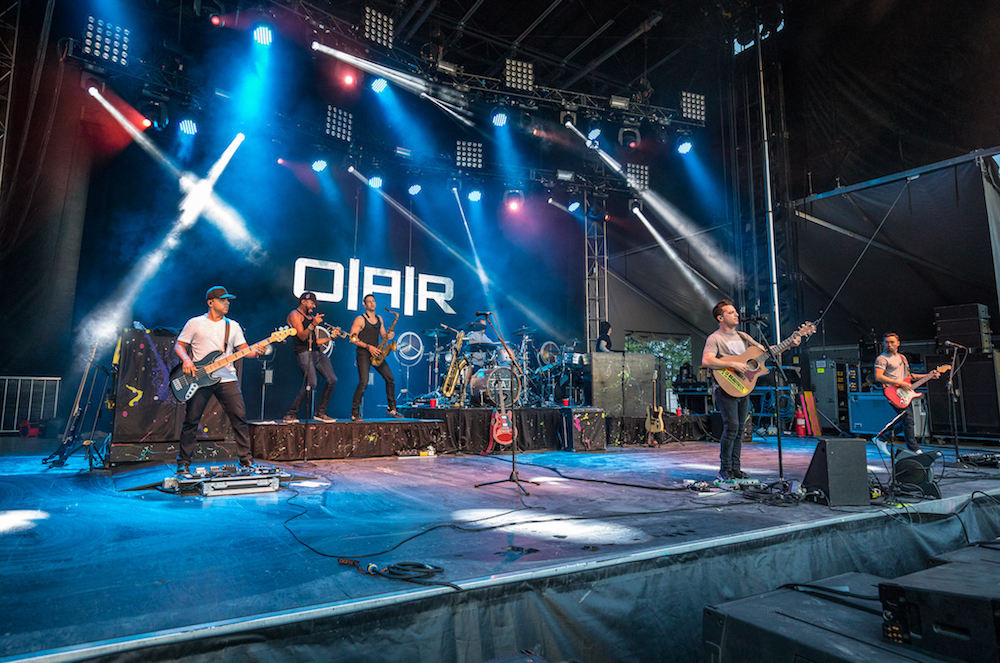