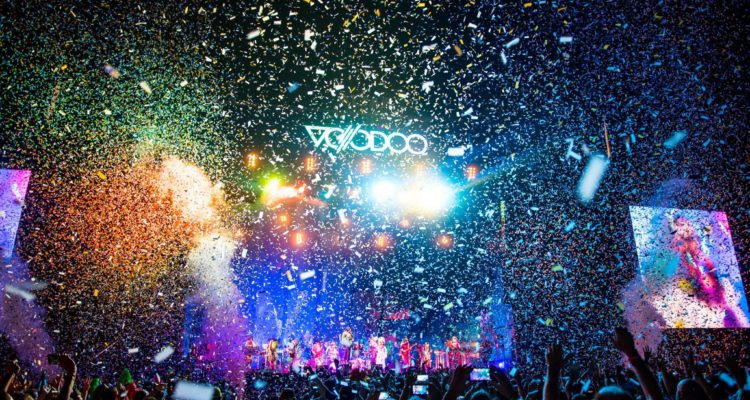 Voodoo Fest 2016: The Party After the Storm

Hattie Sheppard doesn’t like to talk about Hurricane Katrina. Eleven years later, she still gets teary-eyed on the subject. Miss Hattie, as she’s known to the locals, has lived in mid-city New Orleans for all of her 74 years, and Katrina, of course, was one of the deadliest hurricanes in the history of the United States. The property damage alone was estimated at over $100 billion dollars.

For people like Miss Hattie, the cost can’t be measured in dollars- not even billions. I ask her, as gently as possible, to describe what she lost in the storm, and she neglects to answer. So I pivot back to something we’re both happier to talk about- this weekend’s Voodoo Music + Arts Experience. Or just Voodoo Fest, as it’s known to the locals.

For each of the last ten years, Miss Hattie has opened up her four spare bedrooms to festival tourism. She charges $100 per bedroom, per night. She stocks the spare refrigerator full of beer- only local labels like Turbodog and Irish Channel- and spends most of the weekend cooking for the guests. She says she keeps “a pinch” of the revenue for her own services, and gives the rest of it to Covenant House, a local shelter for homeless youth.

Miss Hattie lives less than half a mile from City Park, the sprawling outdoor venue that hosts Voodoo Fest, and by any measure, her rate is a steal. Try finding anything for $100 a night within walking distance of Coachella or Governor’s Ball, for example. 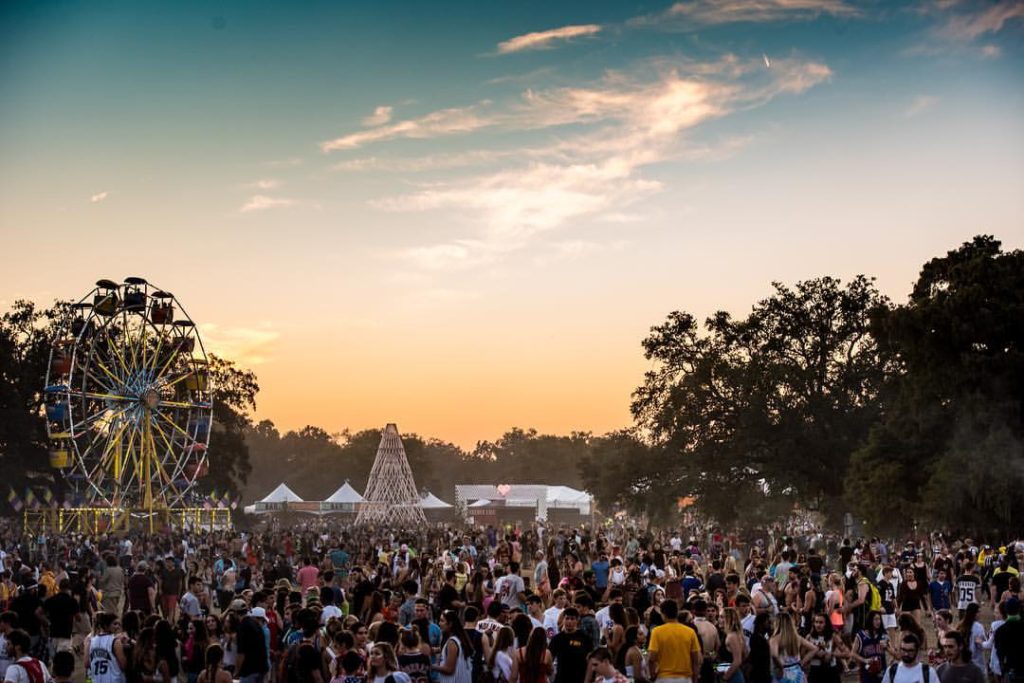 And those other fests may have their charms, but none of them can claim the sense of history and purpose that Voodoo has brought to the city of New Orleans. The festival launched in 1999, with a shaky first year that saw bad weather and weak ticket sales. Subsequent years saw a steady increase in size and drawing power- Green Day, Beastie Boys and The Pixies headlined the 2004 bill, as attendance climbed toward 100,000.

Then came 2005, which was supposed to have been Voodoo’s biggest year ever. In May, festival organizers had won permission to host camping in City Park. By June, the star-studded lineup was announced. But in the final days of August, the strongest hurricane ever recorded in the Gulf of Mexico made landfall along Louisiana’s southern coast.

The storm left New Orleans in unprecedented ruin. The federal response was slow and scandalous; the official death toll topped 1200. And like thousands of homes and businesses, City Park was deep underwater- six to eight feet, by some measures.

In the wake of so much death and destruction, a live music festival suddenly seemed irrelevant, not to mention possibly insensitive. Festival organizers considered moving the show to Memphis, or scrapping it altogether. But against all odds, even in Katrina’s calamitous aftermath, it was decided to keep Voodoo Fest at home and on schedule. By most accounts, that decision has been credited to rock star Trent Reznor.

In October 2005, with most of the city still dark and deserted, the Nine Inch Nails frontman and longtime NOLA resident convinced producers and city officials to reboot Voodoo as a free, single-day event. That year’s scaled-down, impromptu version of the festival became the city’s first major post-Katrina event, with free tickets distributed to relief agencies, first responders, and local citizens. The 2005 show was a triumphant success, raising money and awareness for a recovery that is still very much underway, eleven years later.

Since 2005, Voodoo has renewed and cemented its status as a festival giant, surpassing pre-Katrina sales records and spiking tourism in mid-city New Orleans. This year’s bill featured superstars like The Weeknd, Tool, The Chainsmokers and Arcade Fire, along with a slew of hometown musicians.

On a technicality, Arcade Fire might be considered one of those local acts, as married bandmates Win Butler and Regine Chassagne have called New Orleans home for several years. “We have to protect what’s sacred and beautiful in this city,” Butler told the Sunday night crowd.  “There’s not much left of it.”

That Sunday night crowd, by the way, is distinctly rowdy and heavily costumed, as Voodoo Fest has traditionally fallen on the weekend of, or immediately preceding Halloween. The venue itself is tricked out accordingly; the walk between stages is kind of like navigating a haunted theme park. 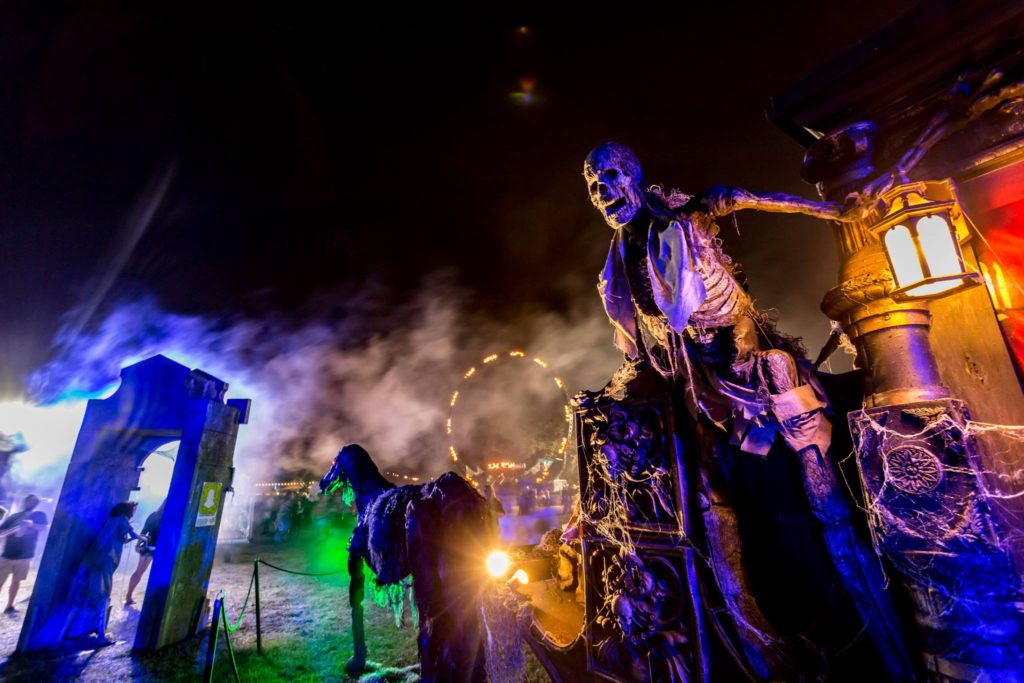 It’s all distinctly authentic to a city and culture that loves a little black magic. Miss Hattie Sheppard has never actually been to Voodoo Fest, but she takes time to greet every festival goer on their walk to the show- even the ones wearing Purge masks, or the ones covered in blood. “I watch the costumes get nuttier every year. But we like it that way. When the show does well, the city does well.”

Like any huge outdoor festival, the weather is always the One Big If. This year, the elements were amazingly cooperative- warm enough for some of the flimsiest costumes, but never hot enough to melt off your face-paint. And rest assured that even if the future brings more nasty weather, this is a city and a festival that’s not going anywhere soon. 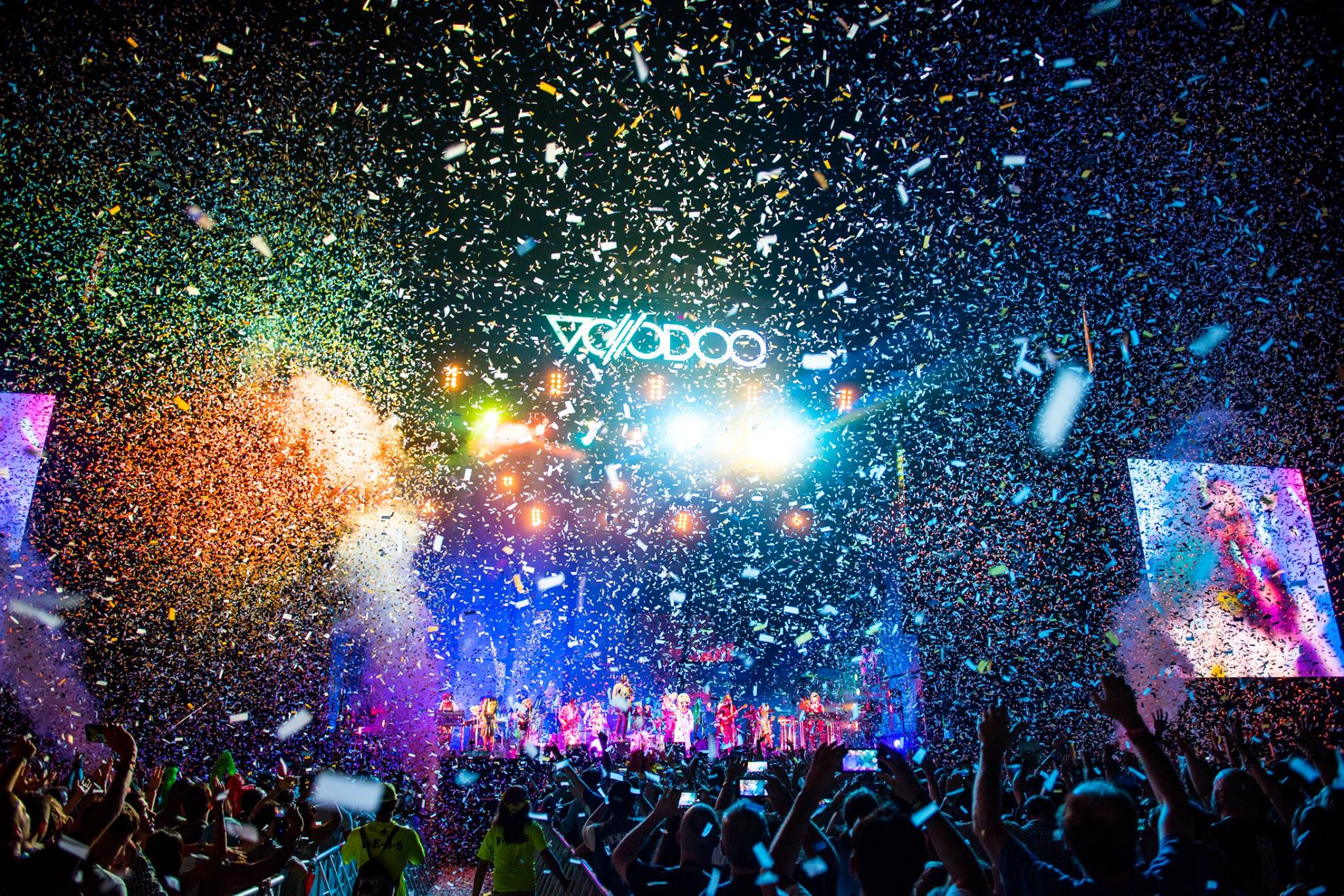