Our first encounter with the Seeds of Peace organization came at their annual Peace Market event, an occasion with an illustrious history both in its fundraising efforts and its distinguished list of past attendees, which include former President Bill Clinton.

This high-end philanthropic fundraiser took place at the Metropolitan Pavilion in what was a stylish, intellectually curious and informed crowd of great diversity in age and culture. Although there may have been significant wealth represented at the Peace Market, there was definitely a pervasive sense of humility and geniality.

As media partners, we were fortunate that our responsibility at the 2013 Peace Market was to talk to as many people as possible. All of our introductions were greeted warmly and with interest. Most of the people we spoke with had a sophisticated understanding of world affairs and an energetic enthusiasm for collaboration which led to inspiring conversation.

Despite the fact that we were on assignment and technically supposed to be working, we found out that this affair was just plain fun. The open bar heavily lubricated social interaction but no one had to be carried home. Women kicked off their heels as they danced to hip hop and house music. Artists Questlove and Chromeo performed. Vendors offered delicious food and drink including a s’more on a stick (the second most innovative concept of the night). Jokes and deep belly laughs could be heard all across the venue. Forgetting for a while, that this was a charity event, it was simply a great party.

Seeds of Peace enrolls teens from conflict zones, across warring national, ethnic and religious lines, in a summer camp in Maine, along with American teens, to develop understanding and strategies for peace. We were totally rocked by this concept. The idea to bring children into the peace keeping, to seize an opportunity to nurture cultural sensitivity and collaboration in teens before they have been hardened by conflict and hatred is truly revolutionary.

As we mingled about, we began to notice young people walking around with name tags that revealed themselves as “Seeds”. Among them a woman whose badge read “Afghan Seed”, came by to chat. She seemed confident and graceful in her cocktail dress. Modest by Western standards, but by showing her arms and legs the dress was the Afghan cultural equivalent of being naked. Struck by multiple levels of curiosity, we inquired about the moniker.

She explained how she was a Seeds of Peace camper from Afghanistan along with other Indian, Pakistani, Israeli, Palestinian and American children. In her account she immediately surprised us with a revelation we had not yet considered; the campers develop the peacemaking strategy and direct the meetings with minimal guidance from the Seeds of Peace staff.  This camp was creating leaders. One of the few rules imposed is that the Seeds use English to serve as the lingua-franca and encourage more direct dialogue. She told us she remained in contact with her friends from Seeds of Peace years after graduation and that they continue to develop the concepts they brought to life in camp.

Throughout the night we met many others whose stories resembled the Afghan Seed. What became apparent was that each Seed’s story was their own; while the narrative of their stories was similar they spoke with their own voice. It was not a rehearsed pitch that resembles the indoctrination they fought to escape; they were encouraged to create their own opinion in the light of reason and compassion.

These Seeds were also fun people, educated but not stiff intellectual types. Conversation swayed between peace and security theory, and ‘who wants to do a shot’. It was personally reassuring to see a room full of future leaders that knew how to have a good time.

While there may be no single solution to bringing peace to the more troubled regions of our planet, organizations like this prove that those on the side of peace can begin to tip the scales in their favor. Politicians and power brokers the world over exploit nationalist, religious, ethnic, and tribal divisions for gain or political maneuvering. Movements like Seeds of Peace prove that it will no longer be so easy. In a world where information and cultural exchange is so accessible there is no reason to be fettered to our ugly xenophobic past and we can begin to nurture a seed of peace to harvest. 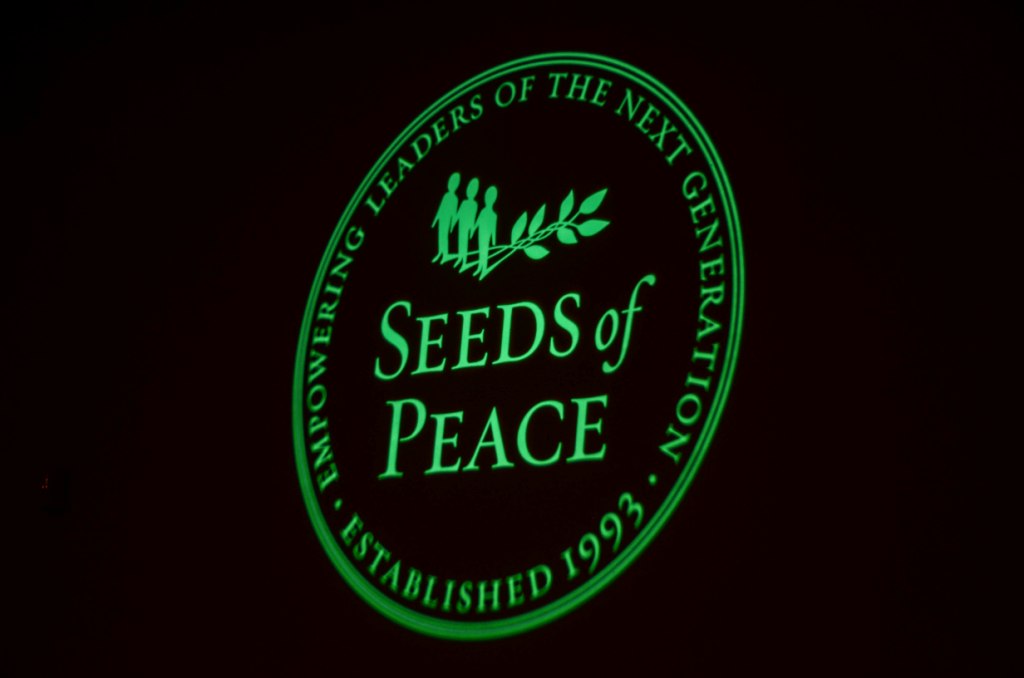