Lobbying for Disclosure with Stephen Bassett

Stephen Bassett is a leading advocate for ending the 65-year government imposed truth embargo regarding an extraterrestrial presence engaging the human race.  He is a political activist, lobbyist, commentator, the executive director of Paradigm Research Group and the Extraterrestrial Phenomena Political Action Committee (X-PPAC) and executive producer of the X-Conference.

Since 1996 Bassett has assisted numerous organizations and initiatives working to raise public awareness of the both the extraterrestrial presence and the truth embargo, convene open congressional hearings to take government and agency witness testimony, and incite the political media to appropriately cover the attendant issues. He has appeared in over 1,000 radio and television talk shows and in numerous documentaries speaking to millions of people about the implications and likelihood of “Disclosure” — the formal acknowledgement of the extraterrestrial presence by world governments

Conscious Connection: How did you first get involved in the whole Disclosure movement?

Stephen Bassett: Paradigm Research Group was founded in July of 1996 to pursue the resolution of the ET issue by political means. The decision to create PRG and register as a lobbyist on the ET issue with the House and Senate was made after spending four months volunteering for the Program for Extraordinary Experience Research in Cambridge, MA by Dr. John Mack. A government policy of truth embargo was initiated in the late 1940’s to prevent open acknowledgment of the ET reality and hinder citizen/science efforts to confirm this reality. Ending the truth embargo was and is the key to moving forward.

Conscious Connection: What are the implications of a full Disclosure versus doing nothing?

Stephen Bassett: Full disclosure (small “d”) remains to be seen. Disclosure (capital “D”) is only the formal acknowledgment of the ET presence by world governments. It is the goal of the advocacy movement. Disclosure (capital “D”) would be – will be – the most profound event in human history. Everything that follows will be in the post-Disclosure world. How much the world’s people learn and how soon they learn it will be up to the people, the media and government to work out. It will, to say the least, be an interesting time.  Full Disclosure and a complete understanding of the ET reality could take many years to unfold.

Conscious Connection: How do you foresee an actual disclosure event panning out?

Stephen Bassett: There are many possible scenarios, but some are better than others. Ideally, what needs to take place is a private meeting be a representative of the White House and a representative from the military/intelligence community. They would reach an agreement as to what the President needs to Disclose and what the national security infrastructure expects from the White House during the transition. Once that agreement is reached Disclosure would follow quickly. Something along similar lines could happen in a number  of other countries.  The United States is not the only nation capable of ending the truth embargo.

Conscious Connection: Tell me about the upcoming Citizen Hearing on Disclosure.

Stephen Bassett: The CHD is an attempt to create a critical mass event which could trigger a sea change in the media engagement of the ET issue. Forty witnesses will testify as if in a Congressional hearing before former members of Congress for thirty hours over five days regarding the extraterrestrial issue. The Citizen Hearing on Disclosure will be held at the National Press Club from April 29 to May 3.  It will be webcast in five languages across the Internet. Every effort will be made to capture broad media coverage. The website is: www.citizenhearing.org.

Conscious Connection: Why is it important for people to be aware of life beyond our planet?

Stephen Bassett: There is no appropriate short answer to this question.  It is extremely complex.   That said, it is the truth and history has shown repeatedly that social contracts built on truth last longer and fare better than those built on lies.   The 20th Century has shown that secrecy combined with institutional lying is a toxic poison that destroys trust and undermines governance leading ultimately to a failed state.  Centuries ago the Catholic Church attempted to withhold the truth regarding the solar system.  Today new institutions cloaked in secrecy attempt to withhold the truth regarding the galaxy. Both are mistakes and both will fail.

Conscious Connection: In your opinion, what are some of the reasons an extraterrestrial race hasn’t made themselves known to us?

Stephen Bassett: They have made themselves known – covertly.  What they have not made is open, formal contact. Why that is the case is not known. We can only guess. It is possible that open contact is somehow connected to terrestrial self-Disclosure. The latter must take place before the former can take place.

Conscious Connection: What are the biggest challenges we face to realizing an actual disclosure event?

Stephen Bassett: The biggest challenge is the truth embargo itself, of course. Another challenge is not permitting other major negative events to set the Disclosure process back. Someone or some country is always ready to blow something up. Events such as those on 9/11/01 must be not be allowed to derail the truth advocacy movement.

Conscious Connection: What action can our readers take to help propel this movement forward?

Stephen Bassett: There are many, but spreading the link regarding the Citizen Hearing would be most helpful at this time. It is important to keep the pressure on the media and government to properly engage the most important issue of this or any other time.  Support the truth advocacy organizations where possible. Stay aware and be prepared to challenge government statements regarding the ET reality when they finally come. 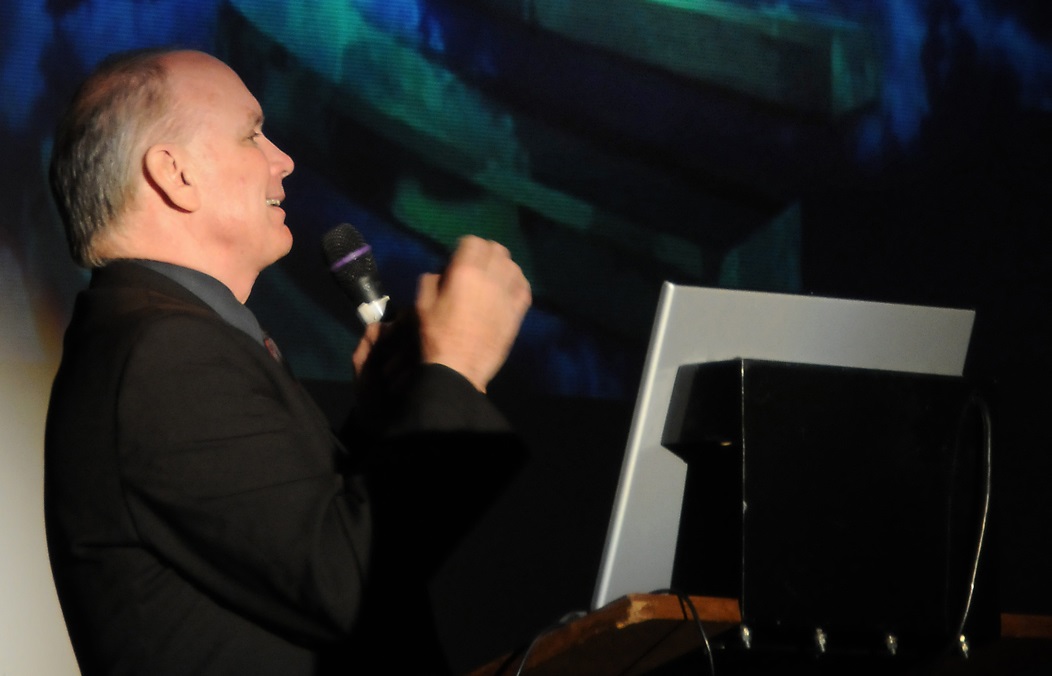 Use Everything That Shows Up

Patrice Washington on Financial Wealth as a Spiritual Practice

How Investors Could Save the Oceans and Regenerate the Blue Economy