The True Meaning of the 2012 End Date

The big story today around the year 2012 is that the Mayan calendar supposedly and abruptly ends, after thousands of years of precise time keeping.  Many claim that this is the time when our world ends one age and begins another. Others claim that on this date our planet will align with the exact center of the milky way galaxy for the first time in 26,000 years.  Many proponents of fear based perception will argue that it’s the end of the world and our planet will face any number of great cataclysms.  Indeed popular movies and history channel specials would have us believe 2012 is about the apocalypse.  But what does the word apocalypse really mean?  I’ll bet you didn’t know that it literally translates to “the revealing”.  I will make the case that as time marches toward 2012 rather than lead us to destruction, we will be put on the path to Ascension.

So what does it even mean to ascend?  The dictionary defines ascend as “to move upwards.”  The actual metaphysical term “Ascension” has been talked about for centuries and more recently has gained a lot of attention in popular New Age books and on the internet.  In this regard, the internet has become a tremendous force for the evolution of consciousness.  It has allowed the linking together of every individual mind on this planet which is creating a totally new subjective experience for our collective consciousness.  Traditional media which was designed to divide, control and conquer is now being toppled over by new media and the linking together of enlightened minds in a way which was never before possible.

The Ascension to me is about the awakening of this “global brain” and the restructuring of our society based on sustainable renewable technologies which interface mind, thought, electronics and spirituality in a convergance of knowledge never before achieved by our species.  The Ascension of the human race can be likened to a sort of “golden age” for mankind.  Peace, harmony and prosperity for all are the norm – humanity lives in harmony and balance with nature.  War is abolished and our swords are beaten into plowshares.  Such are the goals and vision of our generation.  Let us step out of time for a moment and into the unbounded realm of universal consciousness and really feel this vision.  Experience gratitude in this moment just for this amazing vision which we are sharing.  Remember that “visioning” is a verb and it is through this process which we create the future – both individually and collectively.

Recognize the fact that all time is simultaneous and in this moment exists the potential for this Ascension of our race.  Feel into the fact that all of life is just pure potential, imagined in the present moment.  Feel the energy of the Ascension flow through your mind and consciousness.  Imagine what it might be like to live in this world and offer gratitude to be living in it right now.

When we talk about “Ascension” we are imagining a potentiality for our collective consciousness.  Remember the foundation that all of life is consciousness.  This universe exists in our consciousness; our mind.  The Ascension is about the awakening to the consciousness field that permeates and connects all of life throughout the universe.  This “field” created life and supplies the blueprints for the evolution of this life on both a cosmic and personal level.  As an integral and divine part of this super creator universe you yourself are involved in the evolution of the cosmos and are personally responsible to co-create this evolution.

In traditional Christianity, Jesus was said to “ascend” into heaven on the 40th day after his resurrection. It was here that Jesus became one with God.  Catholicism has also claimed that Jesus was the only son of God and that he was sent here in human form to suffer and die for mankind’s sins.  Mankind was not the children of God, because Jesus was the one and only son of God.  Humans thought of themselves seperate from God and seperate from the Universe as we were cast out into a world of good vs. evil or duality.  We chose to turn a blind eye to the truth that we are not seperate from the Universe, but are the Universe itself.  A person now needed an intermediary (i.e. the priest) to facilitate his connection to God or the Divine.  For me (and many of us) this never was the whole true story – in fact, far from it.  Sure, Jesus existed, but what of other enlightened masters like the Buddha?  Why are there stories of great masters, healers and prophets who appeared in every culture?  And why are the foundational principles of all these religions that spawned as a result of these masters teachings fundamentally identical?  Love your neighbor as thyself; do not steal; do not kill.  Are we simply to discount these other stories and religions not our own and blindly accept our religion as the one and only true path to God and teacher of truth? I should think not.

The concept of God to me was always far more evolved and energetic a phenomenon to ever be embodied by only one man – no matter how great.  Sure, highly evolved and enlightened beings existed (in fact they were sent here throughout history by “Higher Forces”) – but these beings are likened to that of great human masters and teachers who were sent to aid man in crucial times of our species evolution when there was a great need for guidance.  It seemed that the Bible and other religious texts subject to extremist interpretation were purposefully manipulated to keep people focused only on one thing specifically in order to shut out and persecute any who believed other wise.  And please remember that this was in no way unique to just Christianity or one particular religion such as Islam.  The same energetic pattern can be seen throughout all religious extremism and fundamentalism.

Remember that the idea of God is a concept and symbol much like everything else we perceive in our reality.  In fact, the words you are reading right now are nothing but squiggly lines on a screen.  The lines themselves mean nothing; but you when you read the words in a certain order, an idea is conveyed and absorbed by your consciousness.  This concept of God (like everything else) is constantly subject to interpretation and evolution by our own individual consciousness.

This evolved “idea” of God that we are awakening to today is likened more to the flame of a lantern which is contained behind several different colored glass window panes.  Each pane of this lantern is like a different culture or religions’ experience of this same God.  Each one of these religions is looking at the exact same flame, but just through a different lens.  The term All That Is, in my opinion, is a more appropriate phrase to describe what we would think of as God.  All That Is is the sum total of all existence everywhere – both objective and subjective.  It is this source “field” that contains and is the entire universe.  Think of the Universe itself as a giant super creator Being of which you are not only a part, but are on the most fundamental level.

Enlightened masters like Jesus were highly evolved souls who incarnated in human bodies at times of great need in our races development.  These masters saw this reality for what it truly was: a hologram, a dream, a mere projection of our own individual consciousness – the consciousness of God.  To truly live from this perspective will allow you to do incredible things much like was claimed Jesus and other enlightened masters did.  What the mainstream media won’t tell you is that there exist people who do these things today.

The Ascension merely represents humanity as a whole reaching this state of “Christ Consciousness”.  Imagine a world where things like telepathy, levitation, healing and psychic powers are a regular occurence.  Imagine it, and believe that it shall be – for this is humanity’s destiny.  Now how long that will take, is arguable.  Some say that 2012 may be the year where these “siddhis” become a regular occurance.  Others others say that in the year 2012 we will be destroyed.  For me, 2012 is not about any one event in particular but rather about an ongoing transformation of consciousness & culture.  In my mind, the only one event which could be tied to that year and have to potential to change our world in one fell swoop would be the  “discovery” and announcement that we are not alone in the universe.  But more on this in an upcoming blog!

The last 500 years or so have been spent developing humanities left-brain, masculine & logical thinking which has led to our mastery of the material world.  In the future, this thinking will continue to take a back seat while right-brain, feminine & intuitive thinking will come to the forefront.  This energy shift is helping to balance all the chaos we see in the world today mainly due to overly rational, male controlled, left-brain dominance.  This energetic shift will fuse consciousness back into the scientific equation (much like quantum mechanics has hinted at for almost a century) and will pave the way for Consciousness Assisted Technologies (CAT).  It is with this merger that we will see amazing progress in our lifetimes and the “Ascension” of the human race to a “golden age” of man.  An age where our abilities in conjunction with our technology will literally be considered “god-like”.

Just take a look around at all the technology we have today and how fast it has progressed – cell phones are a perfect example.  Would it not seem “god-like” to a cave man?  Would it not seem “magical” to someone living in the 1800’s even?  The point is that technology, when used in conjunction with spiritual wisdom, will pave the way to a literal a golden age for humanity.  An age where the second coming of Christ is recognized as an “awakening” in each individual to their true nature.  Know and feel in your heart that this is true and so it shall be for you – for you do indeed create your own reality with your thoughts – so why not have the greatest thought in the universe?  The Ascension of our planet into a global utopia part of a galactic society of other enlightened civilizations.

Also recognize the fact that not everyone will awaken in this lifetime and that each person has a unique path and life plan to follow. For some it may mean crossing over to another realm that is more suited to their level of consciousness.  The Ascension does not discriminate; it is available to everyone who chooses it.  So I ask you in this moment, set the intention to Ascend in this lifetime and feel the energy in the present.  I offer you my own personal gratitude for sharing in this energy with me. 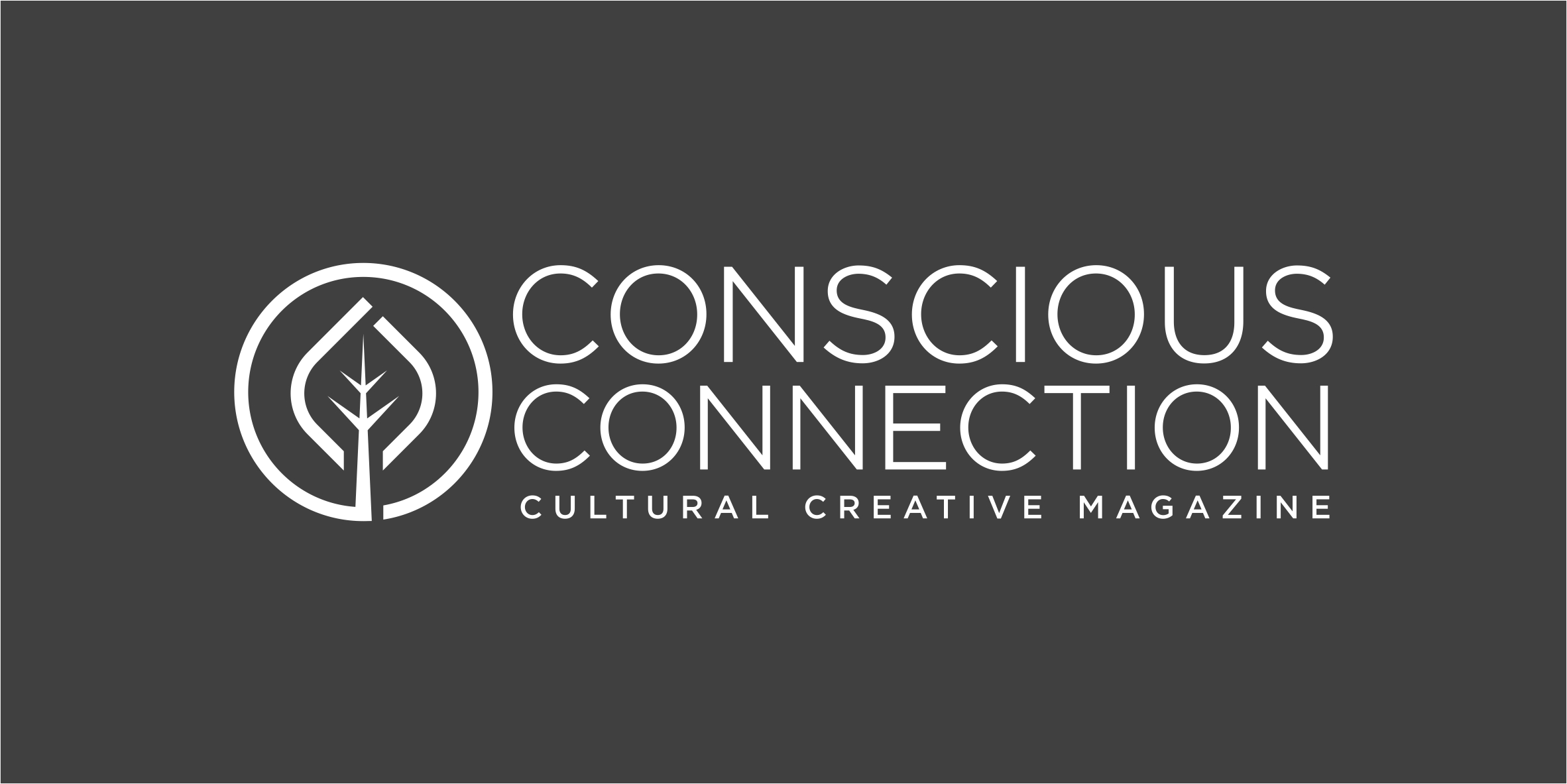