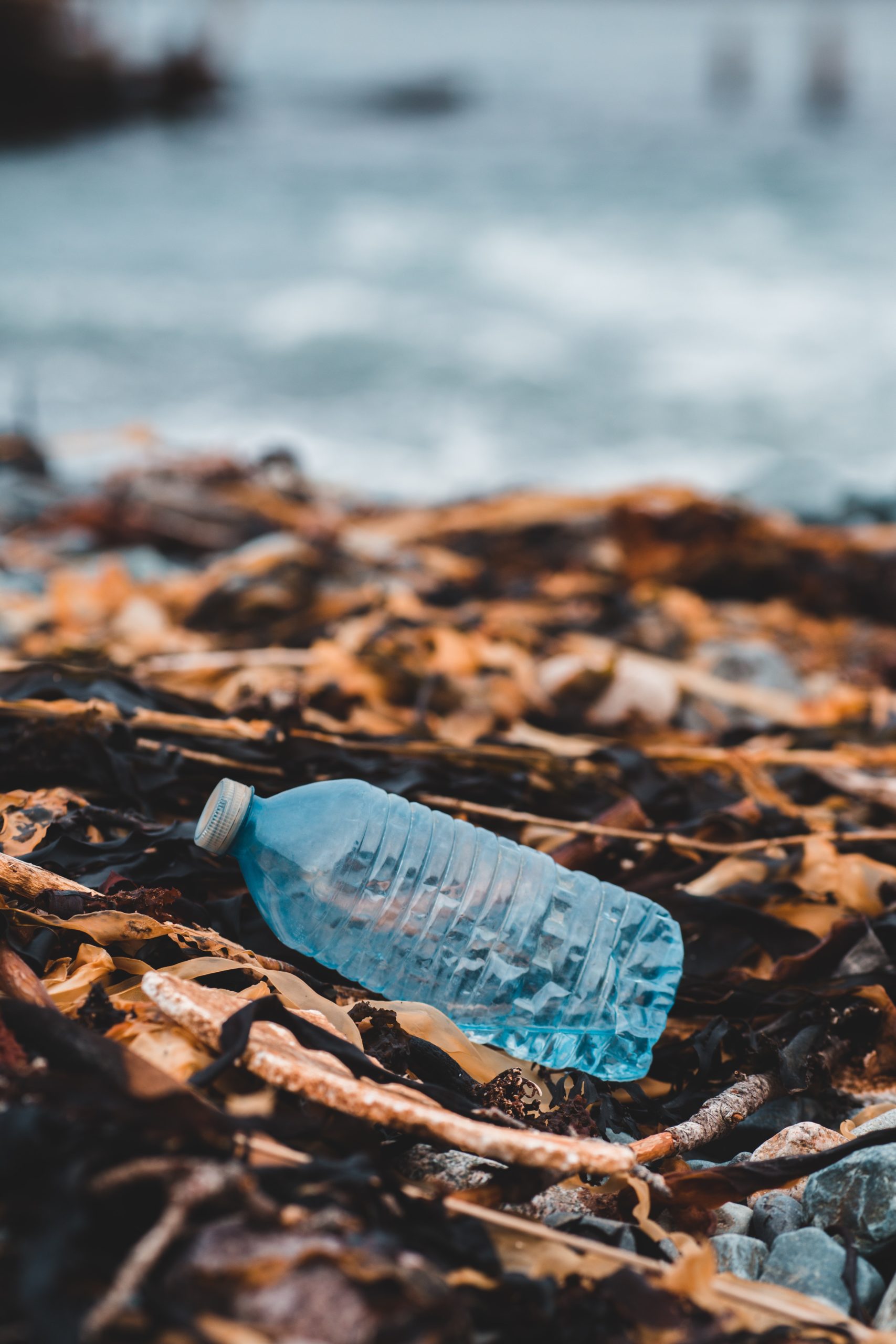 Eliminating Plastic Waste Across the Globe with Minderoo

Eliminating plastic waste is extraordinarily difficult. If plastic were a superhero, its power would be immortality. “Plasti-Man” would be able to take bullets, survive flooding, melt down with heat, and reform in the cold. Alas, this is not the beginning to some new Marvel movie. Instead, the reality of plastic is that humans have managed to produce a material that is basically indestructible. When plastic is broken down, the material simply fragments into smaller (harder to collect) pieces rather than naturally degrading. As a result, plastic (typically single-use items) has found its way into every crevice of our green Earth. Streams, creeks, rivers, lakes, oceans, fields, pastures, animals, and humans worldwide have been contaminated with plastic. Fortunately, the minds of the present are trying to fix the errors of the past.

Ramesh Ramachandran has been employed by plastic manufacturers for most of his professional career. He’s worked his way from a low-level chemist to the leader boards of large plastic manufacturers. He understands the plastic industry better than most understand what their day will look like when they wake up on a Tuesday morning. Most importantly, Ramachandran knows where plastic goes after it has served its short purpose—knowledge that he has used to start plastic reducing, reusing, and recycling initiatives.

“If you look at the scale of the problem now, and the speed at which the plastic industry is expanding, it’s like a runaway train,” said Ramachandran. “The scale of plastic pollution today is absolutely uncontrollable.”

Ramesh Ramachandran is the CEO of Minderoo. This non-profit organization is a modern, global leader in the philanthropic eradication of plastics. As a result, they’ve given themselves no more than five years to disrupt the plastic industry. Leaders of this organization understand the severity of the issue. However, the team at Minderoo is pushing forward knowing that this problem can and will be solved.

“Typical of great problems and great scientists, like we see with the vaccine, thankfully the solutions are there,” said Ramachandran. “We do have a huge push around the world for cleaning up the oceans. And now we must collect, sort, and recycle, as well as stop producing more virgin plastic resin.”

WHAT MAKES A PLASTIC?

“Virgin” plastic resins are polymers produced from oil, gas, and/or coal feedstocks that do not contain any recycled material. The main types of plastics in use every day are Polyethylene, Polypropylene, and Polyester. Ramachandran and his team plan to advocate for a new plastic production formula that would contain 25-30% recycled material. Over the next three to five years, the team at Minderoo will push for necessary infrastructure, incentives, and industry regulations to stop the growth of virgin plastic production.

Ramachandran explained that the industry must start with non-food packaging. With an up-front investment, plastic producers could make this happen in less than two years.

“The design of fancy packaging—like a shampoo bottle—has multi-layer plastic to attract one’s mind when walking through a grocery store. So, there is some design work needs to be done. But mechanically, recycled plastic and packaging is pretty much in the bag. Yes, the infrastructure must be built, but that is just a decision that has to be made at the top.”

The next step would be standardizing recycled food packaging and packaging for medical applications. In this case, purity is more of a concern.

“When I speak to the scientists and engineers I respect, I think there are some hurdles to get there for food packaging and for medical uses. It is solvable, but it must be done safely. Because you really don’t want to create another problem when you’re trying to solve a very serious issue. I think some flexibility is needed from those of us pushing for full circularity but that’s not a five-year ramp, it’s a very short runway. But we do need to land the plane pretty quickly.”

Ramachandran and his team hope to help set 25-30% as the first standard for the plastic production industry.

“This is one area that I would say the industry is a little frustrated. There is no common number that everybody’s measuring against,” explained Ramachandran. “When it comes to eliminating plastic waste or plastic production, the standards are all over the place. We are working with several foundations that help establish a global standard to measure and quantify recycle content. Today we have IFRS accounting standards to measure debt that the world follows. We need a similar standard to measure recycle content in packaging. I think we are about six months away from this.”

Engineers across the globe are wired to be able to enact these changes and standardize them for efficiency. The true problem lies with the fragmented communication between each “finger” of the plastics industry.

THE ROADMAP TO CIRCULARITY

Currently, the plastic industry operates as a market where the wasted end-product is not regarded by the manufacturers. Organizations like Minderoo advocate for a circular plastic economy that would benefit from using that waste.

Snapshot 2021, each area of the plastic industry is fragmented. Lack of a broader view is the main reason for rising deficiencies and decreasing profits.

“Everyone is trying to draw the boundary line in a place where they say, ‘Now this is the other person’s problem.’” Explained Ramachandran. For example, “The producer feels it’s their customer’s problem, the converter feels it’s the designer’s problem. The brand owners say, ‘it’s a waste treatment problem—it’s up to the consumer to recycle it.’ The municipality fines the manufacturers.”

In this case, more funding only exacerbates the issue because the system as a whole is flawed.

“Minderoo is going to be focused on coming up with the playbook that is an actual solution,” said Ramachandran. “The biggest problem is finding out how much does it cost to collect, sort, and convert. And then we present that to everyone in the world—whether you’re a producer, consumer, or municipality—so that there’s no excuse not to do this.”

Due to the sheer profitability of it, Ramachandran was seemingly blown away that no one has jumped on the idea of a circular plastic economy. In this sense, resin producers would no longer pay money for plastic feedstock like oil or gas. There would be incentives to collect recycled waste because it’s free feedstock.

“There’s a lot of money in this… You can sell at a premium that is even more than regular polyethylene. So, I don’t see how this doesn’t work.” Said Ramachandran. “I believe that if you’re a virgin resin producer with no strategy to have a substantial recycling component then you will not survive. The question is whether this happens in five or 10 years?”

THE TIME IS NOW

“Now my bias is toward solving the problem because talking about it, I think that phase is over.”

Ramachandran first became interested in recycling initiatives while he was CEO of a petrochemical producer called Equate. In October 2019, the company worked closely with Coca-Cola to introduce a food-grade polyethylene terephthalate (PET) product that utilized 25% recycled PET bottles.

“That was my first foray into this whole recycling theme,” said Ramachandran who joined Minderoo in 2020.

Thermodynamics engineers and industry economists have yet to agree on another “plastic” solution made from a natural product. So, instead of taking years to produce and invest in a polymer derived from a natural product like algae, Minderoo focuses on the low hanging fruit. Manufacturers must stop expanding virgin resin production. Production of virgin resin with a net zero footprint does nothing to address the plastic waste issue. Producing new plastic from waste plastic is the way to go.

“We simply cannot expand virgin resin production at this stage. That is unforgivable because it would be very wrong on the part of industry and for all of us to do. There is enough waste plastic to serve as a feedstock to replace the expansion of plastics that we need today.”