Patterns of Apocalyptic Thought: 2012 and Other Prophecies

Let’s sort the sense from the nonsense in this controversial field. That was the promise of the conference Patterns of Apocalyptic Thought: 2012 and Other Prophecies, in November 2011 in London, organized by the Scientific and Medical Network (SMN).

This very unique organization is committed towards building a community of like-minded people who understand and study the nature of Reality beyond the mainstream materialist paradigm; and this they do with both open mindedness and rigor.

Ideas of an apocalypse have a long history, dating back to the Old Testament, and it is clear that Jesus and his followers thought that the world would end in their lifetimes. We have seen a repeated pattern since, the latest apocalyptic prediction being for the world to end in December 2012, based on the ancient Mayan calendar. But do we mean by this the end of the planet earth itself, or just the life forms upon it?

The conference drew on the expertise of Prof. Keith Ward, Prof. Dame Jocelyn Bell Burnell, Prof. Charles B. Strozier, and Dr Suzanne Newcombe (standing in for Prof. Eileen Barker), experts in their respective fields of biblical history, astronomy, psychology and sociology, to interpret the latest apocalyptic predictions from their own perspectives.

SMN Program Director David Lorimer opened the proceedings by reminding us that medieval man was dominated by fear, and we are seeing a return of this fear now stoked by the media.

It seems that we are indeed entering a drawn out emergency situation, the problem being that we are better wired for immediate emergencies, of the “fight or flight” kind. Now we need to see a complete change of heart.

Keith Ward gave an illuminating talk on “Apocalyptic Thought in the Bible and Christian Tradition.” This doctrine, of the end of all things, has not been a significant part of the Christian tradition, we were told. Albert Schweitzer thought that Jesus was an apocalyptic prophet and that he would return, but this is not widely accepted now at least in mainstream Christianity.

The question we have to ask is how literally we should now interpret biblical passages, and the idea that Jesus will come again probably encapsulates the hope that we will see a return of a compassionate and loving world where we will all live together in peace and harmony and love in accordance with His teachings. That is very much in line with my own views. Religiously speaking, if there is to be any apocalypse at all, Keith said, it will be us destroying ourselves!

Jocelyn Burnell explained with great clarity and somewhat wry humor why she thought that none of the Mayan astrological predictions of doom for December 2012 posed any real threat either to mankind or the planet. She covered the predicted apocalyptic consequences of a reversal of the sun’s magnetic field, the reversal of the earth’s magnetic field, a realignment of planets, possible impact from bodies from space, and the danger of the earth falling into a black hole, and in each case showed that at least from a scientific and astronomical perspective none of these projected incidents pose any threat (I have written about her views in a little more detail on my own blog beginning November 13th 2011).

There is, however, a great deal of misinformation widely available as commerce “jumps on the bandwagon!” And she called for much better science education, to teach pupils and indeed teachers how scientific methodology works, how to discern good science from bad, how to recognize reliable websites from the sensational that trade on fear. Her final thought was that she is almost certain that life exists on other planets.

The question we must address now is how we are going to react to other life forms beyond our current comprehension? We cannot possibly know what other life will be like. Do we kill and eat them? Fight and conquer them? Or choose to communicate and find peaceful co-existence? Only time will tell, but we need to start thinking about this now, she warned!

Now that really does make us think!

Charles Strozier brought a psychologist’s perspective to the conference in his talk, “Endism and the Psychology of the Apocalyptic.” We don’t need God anymore to carry out an Apocalypse, he told us. Nuclear and biological weapons of mass destruction constitute the religion of our age. We don’t need to use them to understand their power, but they infect our cultures, our politics and indeed our psychology, with fear.

We are all unsteady, untrusting and uncertain, as this fear works on our imagination, allowing us to be manipulated by those who want power. Religious fundamentalists are guilty of selective retrieval in arriving at their own claims on the apocalypse, but then so are scientists with their environmental predictions. So, he asked, who do we trust? Strozier concluded that there is a need for greater education of the public, based on psychological insights, and this needs to be supported by a more responsible media, again something very dear to my own heart! Strozier’s talk consisted largely of chunks read mainly out of his latest book Apocalypse: On the Psychology of Fundamentalism in America to which readers may like to refer, together with the supporting blog.

For the final talk of the day, “Just how nigh can the end be? Some sociological thoughts on the varieties of apocalyptic experience,” Dr Newcombe drew on the work of INFORM, the acronym for Information Network on Religious Movements. This important charity, based at the London School of Economics, was set up “to help people by providing them with information that is as accurate, balanced, and up-to-date as possible about alternative religious, spiritual and esoteric movements.” It was founded by Eileen Barker, herself an expert on cults, sects and new religions, and on social reactions.

Prophecy is socially useful, Newcombe explained. It changes our understanding of reality, and orients us around a greater meaning and purpose of life. Key concepts within the 2012 apocalyptic idea include the Age of Aquarius, a shift in collective unconscious, a change in DNA towards a more caring world for example, and links to ascended masters and channeling. As the other speakers had before her, Newcombe cautioned on the way we interpret the immense amount of material available on the Internet, influenced as this is by the structure of google links and predictive searching techniques. With Sarah Harvey, Newcombe has a paper in Sociology Review 19 (2): 8-11, (2010), on “Religious Prophecies: The Next End of the World.”

Whatever our personal views may be on any future predicted apocalypse, and the dangers of non-selective use of Internet information, I think there is great hope reflected in the many and growing networks that variously embrace calls for more spirituality, empathy, love, compassion, collective consciousness, etc. In his summing up of the conference David Lorimer ended on a similar positive note. We underestimate the size and influence of the environmentally inspired New Age movement, for example, and the positive images of renewal and rebirth inspired by the natural order of things. He mentioned the Band4Hope set up by a group of youngsters (Hope is contagious – pass it on) and The International Futures Forum as just two initiatives worthy of our attention.

It was an excellent conference, full of information and wisdom, whilst also enabling plenty of time for open- minded dialogue both within the breaks and at the final plenary session.

As is usual for SMN gatherings, a full audio transcript of the proceedings should be available on the members section of their website in due course. 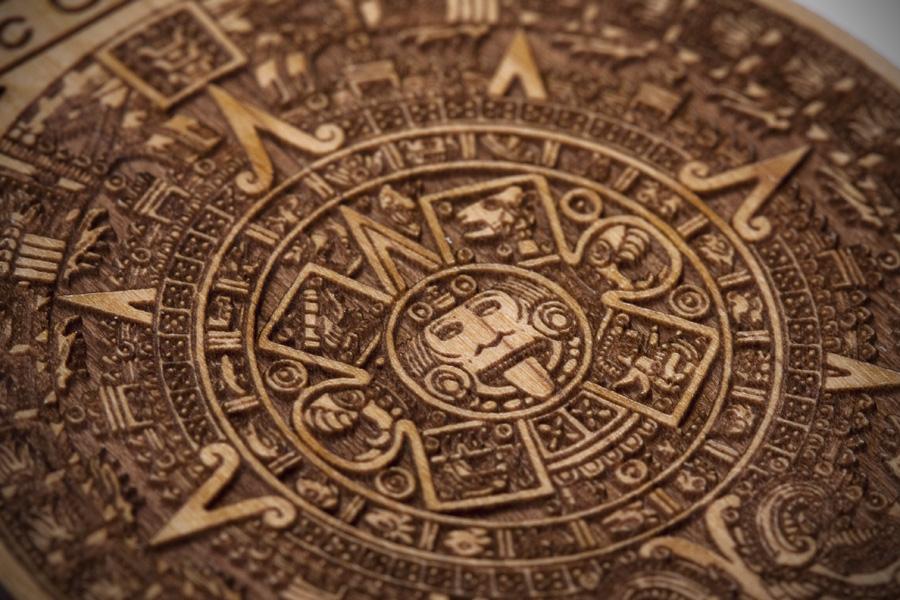