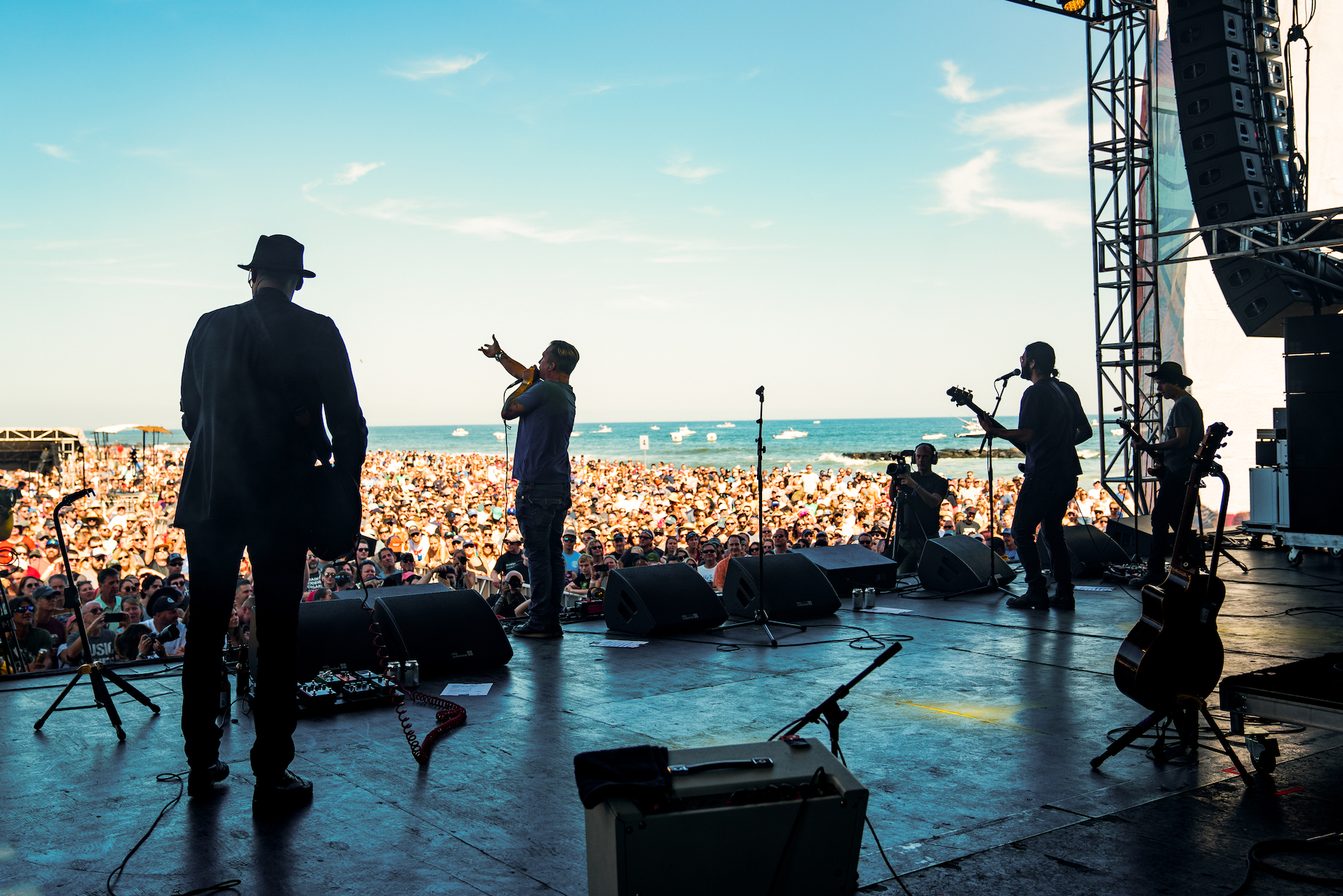 When Live Music Goes Viral: How’s Everybody Feeling Out There?

25 Shares
As the music industry’s biggest festivals cancel their summer plans, here are three great events with relatively moderate crowd sizes that are very much still on the books.

“How’s everybody feeling out there?” I’ve been asked this question by many a rock star. It used to be an easy way to get a big reaction from the crowd. But lately, the answer is…  a little freaked out?

As I write this, the whole world is scrambling to contain the virus known as COVID-19. Best case scenario, and by no means guaranteed, Coronavirus behaves like a traditional flu, and the threat ebbs away over the next few weeks as the weather turns warmer. But in the meantime, in a telling sign of what summer 2020 may bring, a few of the biggest American music festivals have already been cancelled.

Miami’s Ultra Music Festival and Austin’s South by Southwest are both gigantic events, drawing hundreds of thousands of fans to their respective cities while generating millions of dollars in revenue. Both were cancelled last week in direct response to the Coronavirus threat.

Then there’s Coachella, arguably still the biggest name in the festival circuit. The Indio, California event regularly grosses over $100 million per year and draws about 100,000 fans per day. I expect Coachella to be cancelled by the time you read this article. As of this writing, three cases of Coronavirus have just been reported in Riverside County, where the festival is held.

“I wouldn’t doubt over the next twenty days if we see a festival a day cancelled.” That’s Kevin Lyman, founder of the Vans Warped Tour, speaking to Billboard Magazine on March 6. “If Coachella gets cancelled, there’s really no events that are safe.”

The first priority is always public safety. No band, no DJ, no event is worth risking your health. But at the same time, we can’t afford to sacrifice our way of life to fear and panic. Even if something like live music seems trivial in the face of pandemic, no less than the entire global economy demands that we continue to travel, socialize, and support local business.

With all that being said, here are three upcoming outdoor festivals with relatively moderate attendance rates- meaning that the crowds are far less congested than, say, Coachella. As of this writing, these events are still very much on the calendar. So stay healthy, use common sense, and if you’re going to travel, follow updates from the Center for Disease Control and the World Health Orginization.

No matter what your musical tastes are like, here’s one of the best festivals in the industry, and one that puts a sensible cap on attendance. For ten years running, Hangout has been kicking off the summer on a beautiful stretch of sparkling white sand. The whole show is set a few miles down the beach from the Florida-Alabama border, with stages bookended by palm trees and lifeguard chairs.

It’s a weekend that requires nothing but a wristband, a bathing suit and some flip-flops. In recent years, Hangout attendance has averaged 40,000- and that’s a lot of heads, for sure- but the population density is still just a fraction of, say, Florida’s SunFest, which regularly attracts over 300,000.

Plus, Hangout permits concertgoers to exit and re-enter the venue, any time of day. Anybody who’s ever been to a big festival knows that being allowed to shoot back to your room for a nap or lunch can be a game-changer. Most concerts do not allow this kind of re-entry (although more are coming around) and this is one of the many ways in which Hangout makes it easier to stay hydrated and healthy, especially in these uncertain times.

This year’s event is scheduled for May 15 – 17, with headliners Red Hot Chili Peppers, Billie Eilish and Post Malone. Best case scenario, the warm weather brings a quick end to Coronavirus fears, and we’ll all have something to celebrate by May.

Asbury Park has always been synonymous with great live music, and recent years have seen a huge rebound in local business and tourism. At only two years old, Sea Hear Now is already a resounding homegrown success. Attendance for 2019 reached 35,000. So the crowd is growing, but still just a fraction of, say, Governor’s Ball, in New York City, which draws up to 150,000.

The show is produced in part by Danny Clinch– musician, filmmaker and probably the most celebrated photographer in modern music- so the bill is all about artistic pedigree. You won’t find any auto-tuned pop stars at Sea Hear Now, but you can see Bruce Springsteen jumping on stage with Social Distortion, or Mike McCready jamming with local boys Work In Progress. This year’s lineup has just been announced, with Pearl Jam, The Avett Brothers and Cage the Elephant topping the bill.

In addition to three stages of live music, there’s also an impressive roster of professional surfing. This year, catch surf legends like Cory Lopez, Cassidy McClain and Rob Kelly. If you ever wanted to see Cage The Elephant shred their guitars while Sam Hammer shreds the gnar, here’s the place.

This year’s event is scheduled for September 19 and 20. So even if summer 2020 does indeed see a wave of festival cancellations, let’s hope that music business as usual returns in time for Sea Hear Now.

Somehow, the word is still not out on Riptide– at least, not on the national level- and that’s probably why this event is such an under-the-radar success. Launched in 2016, Riptide features huge headliners, dozens of great upcoming artists, and the lowest ticket price in the game. 2019 was headlined by The Killers, The 1975 and Jimmy Eat World, with early bird GA tickets starting at $59. And yes, it’s all set on the beach, a stone’s throw from the main drag of Fort Lauderdale.

Attendance for 2019 was 37,000- that’s a fraction of the people you would expect for such a solid lineup- with two full days and nights of music across two oceanfront stages. So even with headliners that could fill an arena, Riptide feels more like your favorite little tiki bar than a giant crowd.

Riptide’s 2020 lineup has yet to be announced, but the festival is already on the books for November 21 and 22. Worst case scenario, even in the event of a very slow musical summer, here’s a great weekend at a great price, and you’ve got eight months to plan accordingly.

Full disclosure: I am not a doctor. Nobody- and I mean nobody- should be reading my pieces for medical advice. But I am considered, at least by some, to be somewhat knowledgeable on live music. Right now, there’s no telling what the next few months could mean for the festival industry, which has become the single greatest source of revenue for thousands of musicians.

So as fans, here’s the best we can do: Keep washing your hands, use common sense, and in the words of rock and roll’s greatest prophet, keep yourself alive.