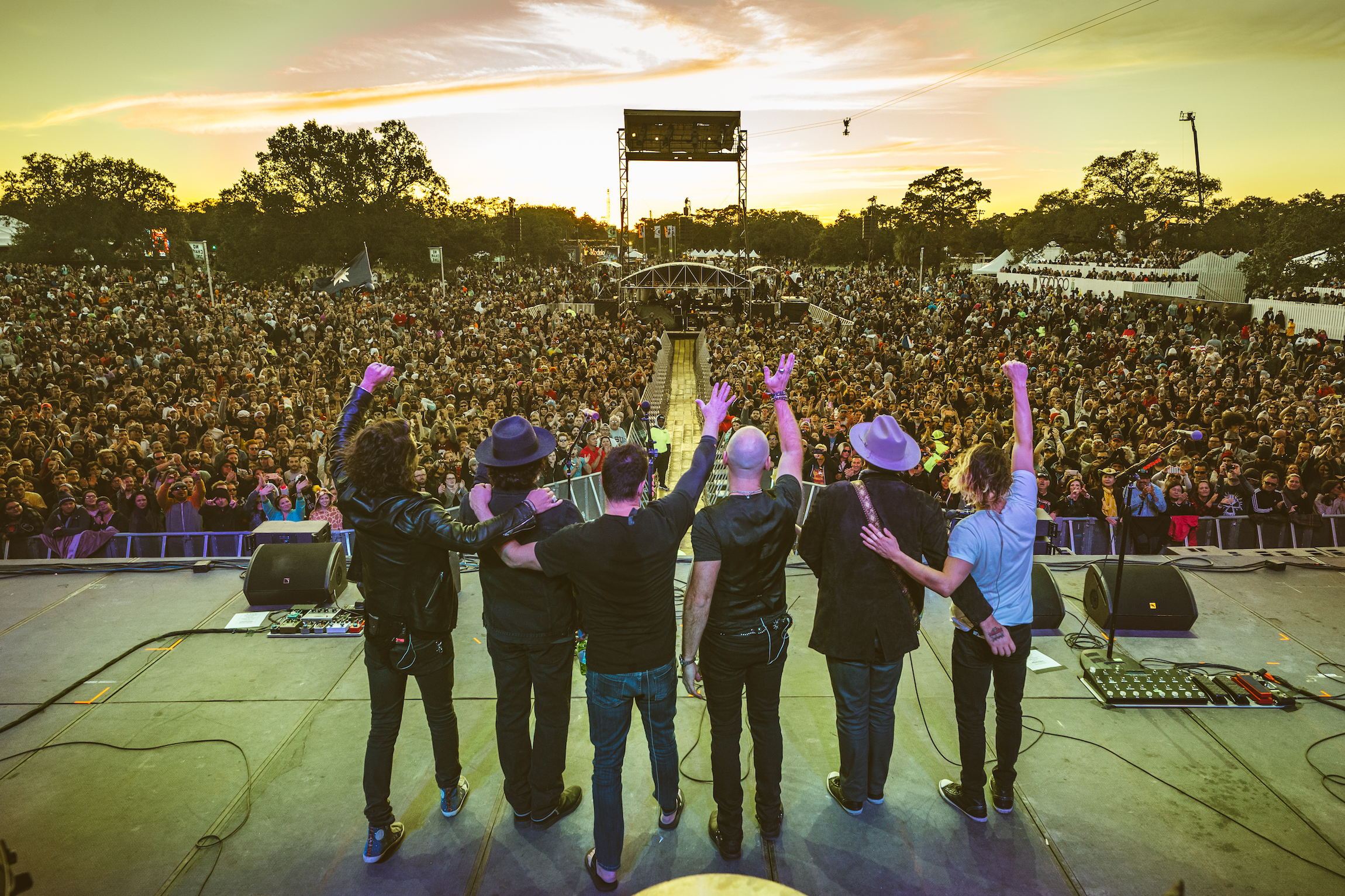 Rockin’ In The Free World: Live Music in an Age of Uncertainty

I‘ve been to a lot of concerts over the years. I broke my nose at Alice in Chains, I got permanent tinnitus from the Red Hot Chili Peppers. Hell, I was at Woodstock ’99, which was every bit the fiasco you may have heard about. But thank God, I’ve never had to run for my life.

Of course you’ve heard about the horrific mass shooting that occurred at the Route 91 Harvest Festival in Las Vegas. Jason Aldean was playing for 22,000 fans when a lone gunman fired over 1100 rounds into the crowd, killing 59 people, injuring 546 more. This is not a piece about gun control- and look, those conversations are more important than ever, no matter where you stand on the issue. This is simply a piece about live music, and where we go from here.

It’s a scary fact of life in the modern world: live music has become susceptible to random violence, just like schools, churches and movie theaters. The Route 91 Harvest Festival was not just the deadliest mass shooting in American history, it’s also the third major concert in two years to be marred by terror, following similar attacks in Paris and Manchester.

A few weeks after the tragedy in Las Vegas, I arrived in New Orleans for the Voodoo Music and Arts Experience. In recent years, Voodoo Fest has emerged as one of the biggest events in the industry, drawing huge lineups to beautiful, sprawling City Park, traditionally on the weekend before Halloween.

And granted, it’s a little unnerving to line up for a major festival so soon after the Vegas tragedy. But then again, this is a festival that knows a thing or two about rebounding from tragedy. 12 years ago, City Park was underwater. Last year, attendance reached 150,000.

The first thing I noticed about this year’s Voodoo Fest: Security had been beefed up since last year. Not in an aggressive way, but alert and thorough, with an entry process on par with airport security. The staff was friendly and conversational, welcoming fans to the show even as they were combing through bags and purses. That goes a long way in putting the crowd at ease. And most people just seem to understand, now more than ever, it’s all in our best interest.

Once inside City Park, the atmosphere is positively communal. Maybe it’s a Southern thing, but Voodoo Fest is just plain easier than a lot of other festivals. If you’ve been to, say, Governor’s Ball lately, you know that some of the biggest fests are also the most overcrowded, overpriced, and disorganized. Voodoo, by contrast, is doing everything right: more food trucks, more water stations, and more restrooms means shorter lines and less chaos. Chaos was just fine back in the ’90s, back when the worst case scenario was getting a bloody nose in the mosh pit. But here in 2017, I’ll trade all that chaos for a sense of peace and due diligence.

Naturally, over the course of the weekend, Las Vegas seemed to be fresh on everyone’s minds. Some artists made pleas for gun control. Some artists simply reminded the crowd to stay safe, keep their eyes open, and look out for their neighbors. During Prophets of Rage’s set, Tom Morello asked the crowd to “say a prayer for peace,” a pretty nice gesture from a self-proclaimed anarchist. During The Killers’ set, Brandon Flowers reminisced about growing up in Vegas before dedicating a cover of Fats Domino’s Aint That A Shame.

Speaking of: It was during the Killers’ Sunday night set that I saw a couple of teenagers hop a barricade and make a dash for the VIP viewing area. They were pretty slick about it, and at first, I could have sworn that I was the only one who noticed. But then a couple of unmarked staff members appeared from the shadows and politely ushered the crashers back to general admission. On one hand, you see something like that and think: Oh who cares, they’re just kids, and they only wanted a better view of the stage… On the other hand:  That is some impressive security right there. Fast, polite, and practically invisible. It’s nice to know that somebody was watching over us, even if we didn’t

Ultimately, this year’s Voodoo Fest was gloriously smooth, a much needed reminder that music is still the best way to bring people together in a time when so much divides us. We can’t just shut our eyes and pretend that Vegas didn’t happen- but then again, we can’t stay home in fear when tragedy strikes.

On that note. Jesse Hughes is a guy who knows about tragedy. Hughes is the lead singer for Eagles of Death Metal. On November 13 2015, the band was midway through a show at the Bataclan Theater in Paris when a coordinated attack by armed terrorists killed 89 people.

I had a chance to speak with Jesse Hughes a few weeks ago, when Eagles of Death Metal played the House of Independents in Asbury Park, NJ. Offstage, Hughes is gracious, candid, easy to talk to. Out of respect, I didn’t ask about Paris. But as showtime neared, he made it clear that Paris was on his mind.

“Tonight I think we’re gonna play Kiss the Devil,” Hughes told me, about an hour before going onstage. “I wanna take that fucking song back, you know what I mean?” I knew exactly what he meant. The band was midway through that song when the gunmen opened fire, and they haven’t played it live since. I can’t even imagine the awfulness of the memories that this song must conjure for the band members. Hughes has been open with the press about his battles with PTSD.

Later that night, Jesse Hughes put on a hell of a show. He’s as dynamic a frontman as you’ll ever see. But ultimately, Kiss the Devil was not performed; the song is still retired. And Hughes did plenty of talking from the stage- the love between him and the crowd is palpable- but he never once mentioned the Paris attacks.

In retrospect, I think I know why Eagles of Death Metal decided against playing Kiss the Devil, even after Hughes privately mentioned taking it back. By the time they left the stage, it became clear to me that this is the way they’ve decided to honor those 89 lost fans: by playing harder than ever, and by refusing to give a few madmen any words of acknowledgement. I can’t imagine the courage it takes Jesse Hughes and his band to step onto a stage after what they saw in Paris. But damn, I admire the way they do it: without revealing a single ounce of fear.

Most people read about the tragedies in Paris and Manchester and Las Vegas and wish they could do something. And by all means, you can do something- give time, give money, write your congressman- but in the meantime, you can respond to these attacks just by supporting live music. I’m not saying that going to a concert makes you some kind of hero. But don’t let these acts of terror scare you out of joining the crowd. And the next time you do- stay safe, keep your eyes open, and look out for your neighbor.