One Man’s Journey from the Boardroom to Bali and Back

6 Shares
The following is an exclusive excerpt from Take Off Your Shoes: One Man’s Journey from the Boardroom to Bali and Back by Ben Feder. The former CEO of Take Two Interactive, Ben Feder’s hard charging, high-performance business life was seriously impacting his personal and family health. That’s when he made the potentially career-ending decision to travel with his family to Bali on an eight-month sabbatical.
In the book, Feder asks and answers the question: Could he—could anyone—find a way to live a harmonious and balanced life and simultaneously achieve substantial success? Take Off Your Shoes is Feder’s brutally honest and revealing journey of self-rediscovery, his heartfelt attempt to find personal fulfillment and rebuild family relationships before he loses them forever.

I walked to the gazebo to prepare for a yoga session while everyone slept. I looked at my smartphone to download a podcast and scrolled past David Farmar, an instructor who taught a particularly aggressive style of yoga known as Baptiste. He was my standard podcast when I could not make it to Yoga Barn. I chose instead an instructor new to me, Nikki Wong, a yogi from Northern California who recorded her classes and posted them online.

I unrolled my mat onto the gazebo’s teak floorboards, careful to avoid a patch of sunshine that escaped the roof’s shade. Practicing yoga under the sun’s blazing heat would be unbearable. I removed my shirt and stood barefoot, wearing only a pair of shorts. I felt the cool tropical breeze against my body and popped in my earbuds.

I stood at the top of my mat and listened to Nikki’s instructions to set an intention. When yoga teachers instructed me to set an intention, I had once struggled with the concept. I had no idea what they had meant. But now I understood. Intention was doing something deliberately so that it has meaning. Intention was what was missing in Malcolm Gladwell’s well-known ten-thousand-hour rule that many hours of practice were required to achieve excellence. It was the intention to improve while putting in those hours that was crucially important. Just showing up didn’t do it.

I had attended many business meetings where the chair of the meeting asks each individual around the table, “Are you present?” or “Are you in?” Like setting an intention, it was a way of establishing presence. As a manager and a leader, it was easy for me to distinguish who was present and who wasn’t, who wanted to be in the room and who didn’t. Some had the patience and the commitment to participate, while others consistently peeked at their smartphones or arrived late and left early. I too had been in situations where I was not present, where I was performing a task in which I had no interest. There was neither joy nor value in those tasks. Without presence or intention, the people around the boardroom table might as well be telling each other jokes.

I checked in and listened to Nikki ask me to form mountain pose: stand straight, big toes touching, inner thighs turned slightly inward, and hands in a prayer position at the chest. I imagined a straight vertical plumb line that ran from the crown of my head to the bottom of my heels to form the pose. I felt the full force of my feet touching the mat and focused on that tactile sensation. Much as in meditation, mountain position in yoga evoked in me strength, weight, and quiet force.

I directed my attention to my breathing. I placed my hands at the front of the mat, feet at the back, and hips scooped up into the air to form the most basic of poses, downward-facing dog. I breathed slowly and carefully, creating an ocean sound by narrowing my throat passage as I inhaled slowly. The air filled my lower belly, my lower ribcage, and then my upper chest.

Nikki talked me through some warm-up poses and then picked up the pace. I flowed from one pose to the next. High push-up, low push-up. Up-dog, down-dog. Inhale, exhale. I hopped to the front of my mat and then flew to the back of it and squeezed. Heat built up and sweat began to form. I brought my attention back to my ocean breath, making it loud and witnessing it as if it were not my own, as if my sense of ego were slowly being exhaled from my body. I felt both engaged and detached, simultaneously inside and outside of my own head.

I looked down. The bright patch of yellow sunlight arched toward me. I reached back into a peaceful warrior pose, then forward to a triangle pose. I witnessed my breath again in detached observation, watching my poses unfold just as I watched my thoughts in meditation.

I began to wonder about the transitions between the poses. Like the poses themselves, transitions require integrity, grace, and dignity. Exiting one posture and charging on to the next without attention and focus risked collapsing the whole situation into a jumbled mess.

Yoga transitions were a metaphor for other areas of my life. Sabbatical was a personal and professional change for me, but I could recognize that it was only a temporary condition, perhaps only a transition. It was easy to mistake it for something more permanent, but the lesson from yoga was clear: stay too long in transitions and the sense of grounding vanishes; hurry through transitions and the opportunity to set up a strong next position is lost.

Victoria and I had met expats in Bali who had confused temporary change with enduring situations. They stayed in Bali too long and began to lose touch with Western society. Some had found genuine belonging in Bali, but others seemed to be in a state of eternal transition, never quite finding their footing in either Bali or their home territories. I tried to convince myself that I needed to use Bali as a stepping-stone to the next phase of my professional and personal life. But the notion of staying longer nagged at me.

Sweat practically squirted from my forehead. That bright spot of sunshine was nearly at my mat. I was tired but felt my breath and shifted into relaxation. I wrapped my torso around for a twisted lunge. I relaxed into the pose and held it, with each exhale wringing my body like a wet towel. I grimaced with the effort and then lost my balance. My back leg failed, and my knee fell to the mat. I recovered quickly and reassumed the pose and held it until it was time for the next.

In tree pose, I gazed intensely at a point in space—a knot in the hardwood frame of the gazebo—to enhance my balance. I stared, trying to hold my balance standing on one leg, back arched, and arms reaching skyward. My focus strayed, and my balance went with it. I fell to the side as my body followed my mind.

In yoga, balance derives from the proper placement of limbs, head, and torso in relation to each other. In art, balance suggests itself when color, shape, and line are composed in a way that defines a work. In business, balance requires all elements of an enterprise to dovetail to create a competitive edge. It isn’t enough to get costs aligned with revenue to create profit. Without having a point in the distance to focus on, balance, strength, and purpose become difficult, and the business is thrown off-kilter and falters. In yoga as elsewhere, to lose attention is to risk collapse.

I brought my attention back to the gazebo and settled down on my belly, reaching back to grab my feet. By extending my legs while simultaneously resisting them with my arms, I lifted my chest and arched my back to create the shape of a bow. In the next pose, I lay my right shin across the front of the mat, left leg extended behind me, thigh pressed against the mat, then folded torso over shin and dropped into half-pigeon pose.

The anguish I’d felt over leaving a life in the pursuit of excellence had melted away over the previous months. In its place, I felt joy again. I judged less and smiled more. I became interested in other people. I felt closer to my children and, especially, my wife. We spent all our free time together. Not every couple could survive that kind of closeness after nearly twenty years of being together, but for us it was joyful.

Where did you go?

I lifted my body from pigeon pose. The tension in my hip and lower back released over the course of ten breaths. I flowed through several more seated poses until I finally arrived at corpse pose, lying on my back perfectly still and feeling the supportive grounding of the floor against my body. After more than an hour of movement, of doing, corpse was a few moments of simply being.

Bright sunlight had already invaded my mat, but I would not get out of its way. Instead, I surrendered to it and felt it heat my skin. A few moments later, I sat at the top of the mat with my legs crossed in front. I felt grounded, centered, and unflappable. I placed my hands in a prayer position with my thumbs between my eyes and bowed my head, expressing gratitude for nothing and to nobody in particular. 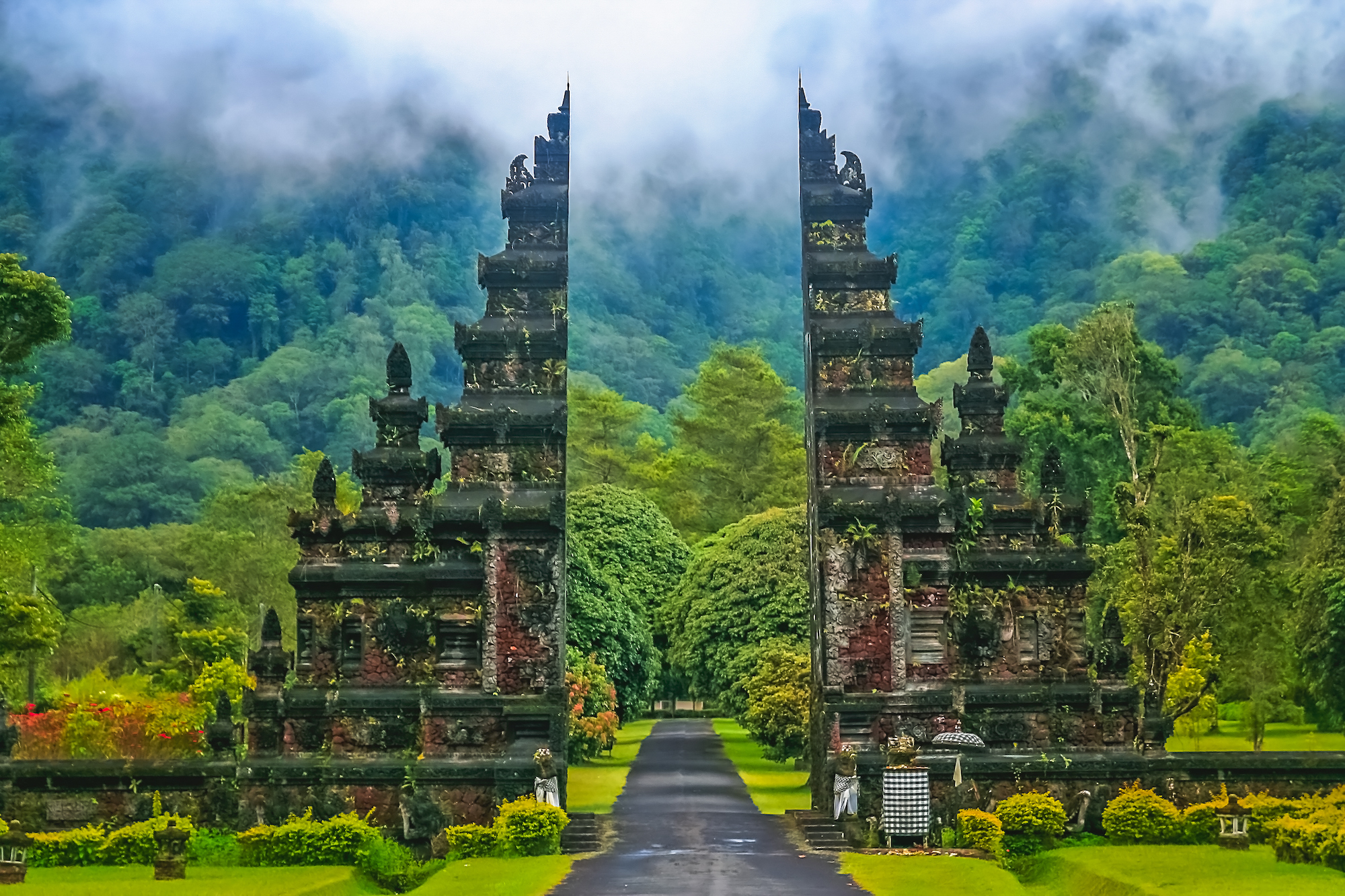