Lifestyle Design with Mike Squirrell, Founder of ME System

We had the unique opportunity to speak with Mike Squirrell, the founder of an innovative new company called Me System. Their first product, the ME Clock, is launching this summer as a personal training program for your mind that embodies the next-generation of wellness technology.

As a leading health futurist and integrated medicine expert, Mike’s main focus areas are mind-body healing and lifestyle coaching. Originally trained as a Physiotherapist, Acupuncturist and Naturopath, he has been a celebrity healer in London’s Harley Street for the last 10 years. We caught up with Mike to learn about how he achieved life-changing impact for his patients and how you can experience the same benefit by using his revolutionary new product, the ME Clock.

Conscious Connection: Thanks so much for taking the time to speak with us, Mike. Can you give us a brief background on yourself and discuss what inspired you to get into all of this?

Mike Squirrell: My journey began when I was young and living in Byron Bay, Australia. Byron Bay is similar to Sedona — a place for alternative therapies, yoga, meditation etc. My mother was also a Buddhist and both my parents were very much into alternative therapies. At university I did pre-medicine, focusing on sports therapy, physical therapy and sports psychology. This was followed by a qualification in acupuncture and naturopathy, which led into the alternative mind body spectrum I now specialize in.

Conscious Connection: How did you end up taking the next step in your career development integrating all the unique disciplines that have been brought together in the ME Clock?

Mike Squirrell: So my university career lasted about seven years, during which time I would travel and train as much as I could, practicing things like NLP and sports psychology with the US ski team. This led itself to a system that began about five years ago, where I was working with the most progressive psychiatrists and psychologists in clinical settings in New York, and doing sports type therapy in Germany. I began mixing things like cardiology with other methods, and this led to rapid diagnosis techniques. I felt the need to make this more accessible to the greater population, as it was essentially removing people’s issues in just two sessions — a much faster healing rate than other therapies. Most of the techniques on the ME Clock will actually work for you within three days.

Conscious Connection: Three days?! It’s incredible how fast people are experiencing such positive results. Can you elaborate on how this device achieves such results for people?

Mike Squirrell: Once we started bringing the techniques to the general population, not just high-ranking athletes, we found that the whole realm within psychology is ‘what can you give to a person to make them a positive person?’ At the moment there are numerous therapies which last at least three weeks and are meant to make you more positive. The core idea of the Me System is to get a person’s emotional core positive within three days. The general response is “I just feel really positive for no reason”.

The main difference comes from Me Star, which is a psychological body posture that’s been practiced for the last 20 years. This increases whole brain learning, connects the hemispheres, and drives people into a deep theta state and gamma state, which is usually something that occurs after years of meditation, or during bursts of high level creativity. Add to this some other simple psychological processes and people feel positive in a short span of time.

Conscious Connection: That’s great. And what exactly is the clock doing for people, is it reciting affirmations, is it a specific type of tone that’s being used with resonate frequencies…?

Mike Squirrell:  While affirmations and tones help, it is the combination of sound technology, yoga and breathing positions, relaxation, positive psychology, meditation, and techniques from sports psychology which raises dopamine levels and alters serotonin levels. Science proves that basic meditation is one of the most powerful things a person can do, so we developed the nightly Me Fresh meditation. The combination of all this begins the rewiring of the connections in your brain, and creates an almost drug-like effect within two days.

Conscious Connection: Fantastic. And that’s what we saw with a lot of the research and reporting that we’ve done. The benefits of meditation and breath work have really profound positive impacts on a person’s well being.

Mike Squirrell: Exactly. And what we’re finding is that the brain, blood, and hormones work together in the body to control mood and emotions, so we’ve developed three parts to the Me System;

Conscious Connection: I really like the idea of following Steve Job’s advice to focus on just three things. So tell me what are some of the challenges you face trying to gain more widespread adoption of these ideas? Is there a lot of resistance coming from the mainstream scientific community?

Mike Squirrell: Not so much as you’d think. Movies like “What The Bleep Do We Know” have actually been really great at explaining these scientifically valid ideas to a mainstream audience in a way they can understand. They explain how positive chemicals are the cement for new programming, and present ideas in a style that fits the mainstream. People also trust the business style — particularly the Steve Jobs’ PowerPoint presentation model of a maximum of three ideas. Hence the three parts to the Me System. I also avoid going into academic language to ensure everyone can understand. When people say the Me System is essentially mass market manipulation, like Wal-Mart or Coca-Cola, we say “they’re using it on you every day to convince you to buy products you may or may not need. Wouldn’t it be wonderful to use that science and technology we have to actually affect yourself the way that you wanted to?” There is so much potential here to scientifically change your emotions with a simple technology that anyone can use.

Conscious Connection: The potential is truly limitless and has profound implications for the future. I’m thinking what if we were to have this in schools as part of an education program, or what if we were to use this to rehabilitate prisoners and people who are suffering from addiction or PTSD. There’s just so many ways we can apply this type of technology.

Mike Squirrell: It’s actually funny that you say that. I was just speaking to a National Health Service representative in the UK and they said, “If you can find something that I can give people to do every day for five minutes that would take away 60 percent of the people coming in who are depressed, that would save billions of dollars.” So that is essentially what we’re trying to deliver.

There is already a program in the US military, and I know a lot of people running psychology movements in the US. Schools, which are attempting to educate people about the life effects that can happen if you teach a child positive well-being and happiness skills. It’s amazing how rapidly this movement is advancing.

Conscious Connection: It’s really very exciting and we’re honored to be a part of it. I want to ask you, what are your thoughts on the scientific / spiritual implications of using technology to actually shift our emotions towards the positive?

Mike Squirrell: So this is where it gets interesting. I made a documentary about the concept in 2012 called “Get off the Rocks” which addresses a new renaissance being driven by science and technology. There is a big shift happening in this area, and the essence of that documentary was to capture the effect of technology on our psychology and understand it, so we can use it to shift our emotions. I wanted a scientific and realistic way of representing the ethos of real Buddhism and how peace of mind is the first thing you want to have in life because it quickly answers all other problems. For example, when you have peace of mind you consume less, which in turn reduces your environmental impact.

But the really best innovations occur when people are in delta or gamma state, when people have stopped their fear and create a space for thought. Research is now proving that taking people into these spaces allows them to come up with incredible answers. The Me System aims at focusing emotions, which will help unleash the genius in everyone — which is part if the next documentary I’m making.

Conscious Connection: Sounds great, I can’t wait to see it. And I really look forward to getting my hands on the ME Clock and sharing the results with all our readers here. Thanks again for speaking with us, Mike.

Mike Squirrell: My pleasure. I look forward to sharing the benefits of the ME Clock with everyone in the Conscious Connection community! 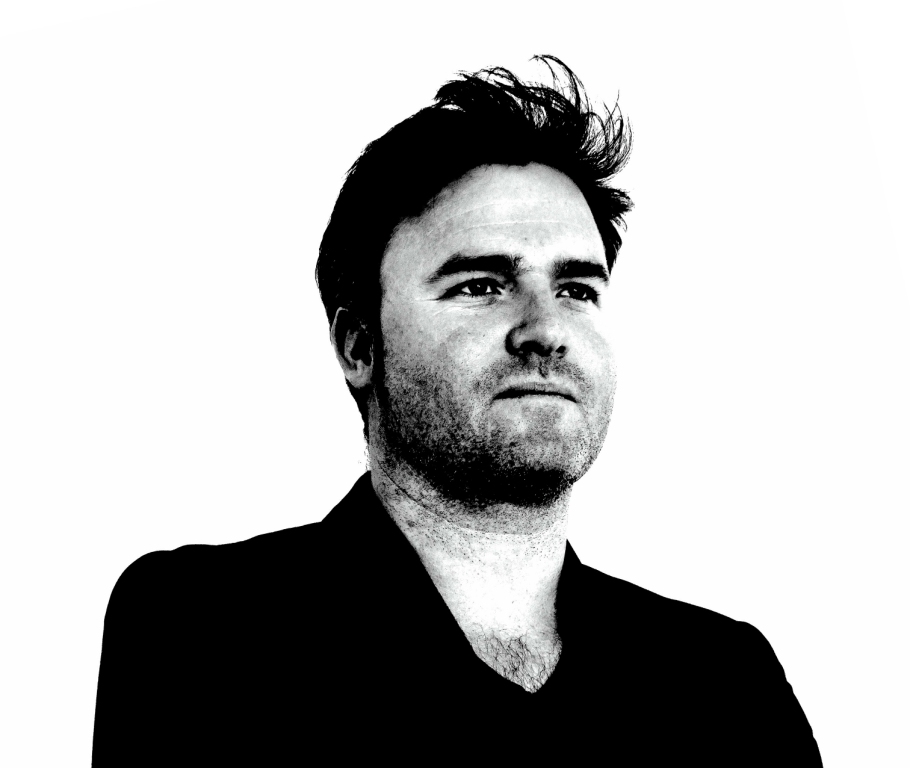