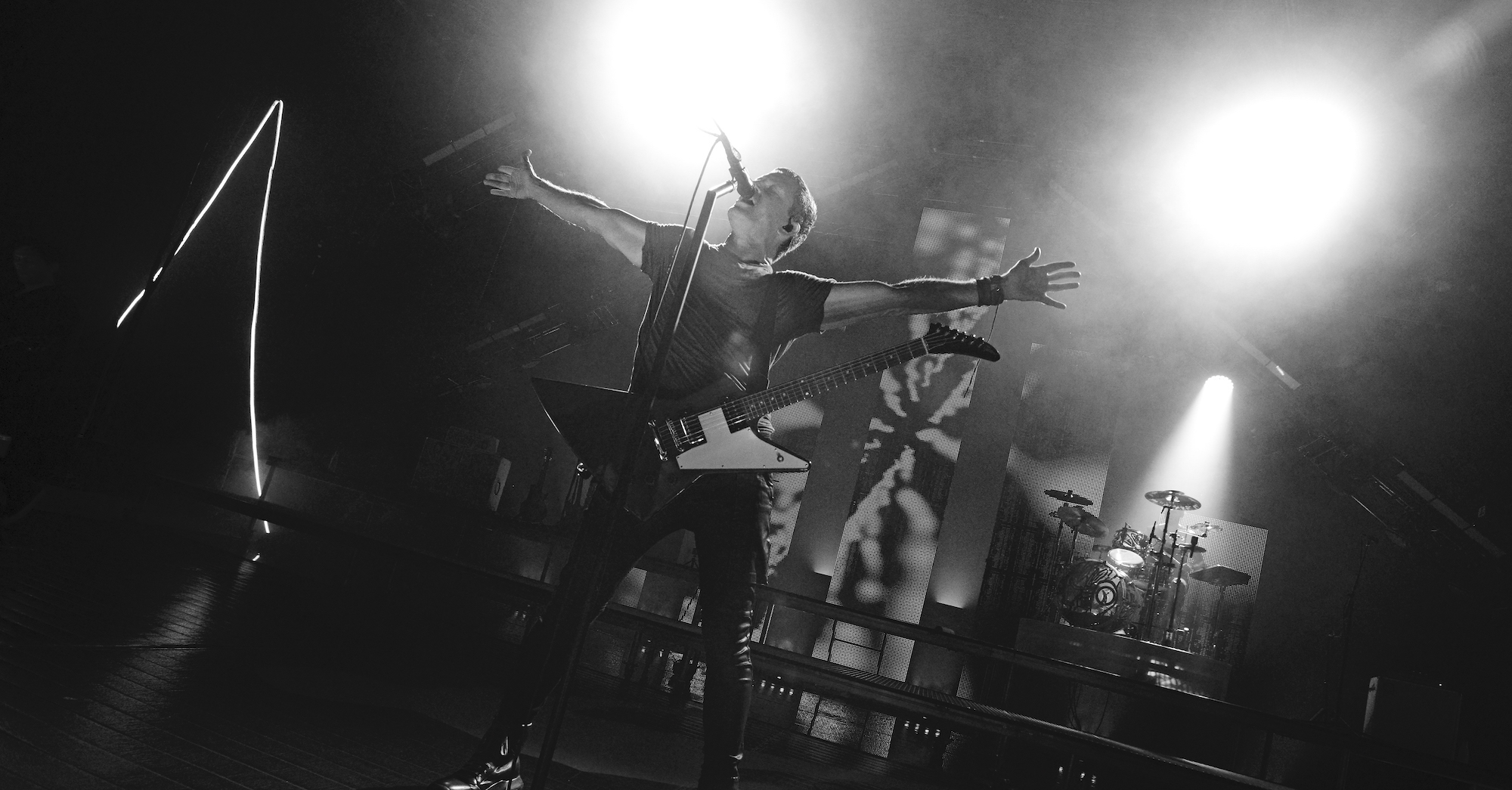 CC: I’ve caught plenty of Third Eye Blind shows over the years, and you’re always great at engaging the crowd. How do you stay so present every night?

SJ: It takes everything I have. I live my whole day in alignment with that moment when the lights go out. It’s a lot of fundamentals, like getting all the sleep I can. Sleep is still underrated for performance, for happiness, for vitality. And I try to drink clean water, get a little sun, stretch, make really sick jokes with the circus crew… For me, if I don’t go all the way there (on stage) I feel like my whole day is wasted.

CC: Does that ever happen?

SJ: Yeah. It happened to me once on this tour. I don’t even know if other people could tell, but the challenge is to put authenticity, to put the ghost behind every single note and every word, every time. Otherwise you’re just a karaoke machine. When it’s real to you, that’s when it’s eligible for other people to transcend.

CC: And what about those huge hit songs that people expect to hear every night, every tour?  How do you keep those songs fresh and authentic?

SJ: It’s in the faces of the people who are engaged in them. There’s an empathy tool in which I consider your face and try to embody your experience, and that will trigger things in me, maybe some moment from the 11th grade. The thing is, in performance, you don’t need a lot of bluster. If you are thinking it, it will show up in your face, and it could happen from 50 rows away. 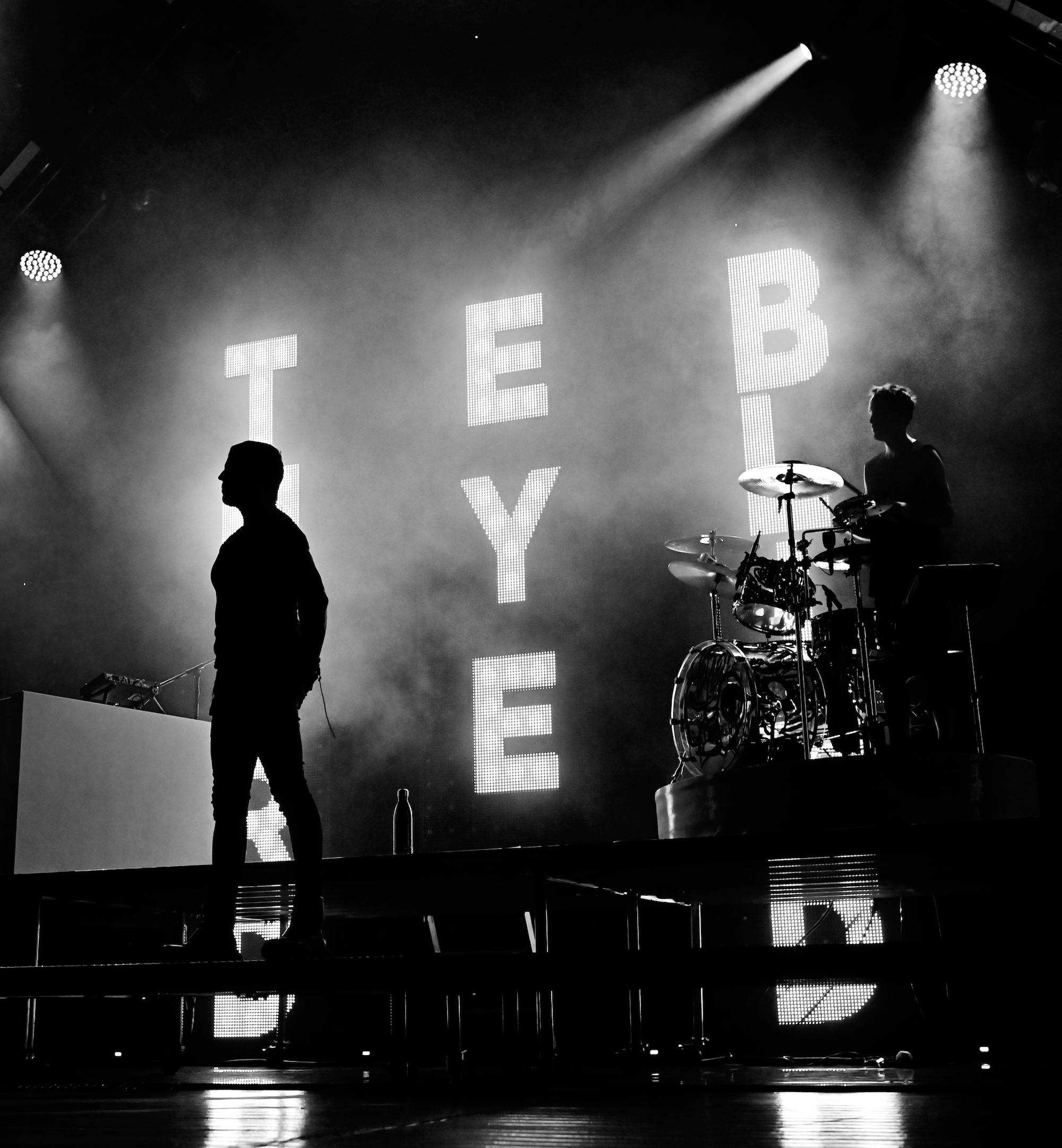 CC: Back in the early 00s, you challenged (Chicago music critic) Jim DeRogatis on his criticism of Third Eye Blind, and he published that conversation in his book MILK IT. Why even go through the trouble to answer a newspaper critic?

SJ: I don’t remember… I don’t know who that writer is, but it was probably just not acceptable to me at the time, that he was living under the assumption that he was an arbiter of my cred.

CC: He took this weird stance of calling you misogynistic and “cocksure,” and compared you to Robert Plant- as if that’s a bad thing.

SJ: I’m remembering this! I remember this guy! He said, “You strut around like cock-rock,” and I was like, “Yeah, where’s the problem with that?” He was full of shit. Third Eye Blind has been post-patriarchal, queer-friendly, life-affirming and progressive in every way from the get. But just because we’re kind doesn’t mean we’re meek. The women in my songs are unapologetic about their voice, their bodies, their sexuality, and I’m not coping with it, I’m not threatened by it, I’m inspired by it. I was raised by a powerful woman who lived in a post-feminist mindset, who took her equality for granted in the same way that men do.

CC: DeRogatis is a great writer, but he obviously missed the point of songs like “Jumper” or “Wounded.”

SJ: When we put the song Jumper out, (some executives) were like, “Can you not mention that it’s about a gay kid, because that could turn people off…” And I was like, there’s a place down the road where you can go fuck off.

CC: Do you ever write or say something that you wish you could take back?

SJ: Yeah, I can think of one lyric that I would change. I knew what I was trying to pull off, but I don’t know that I did… But I’m not nostalgic. I’m inspired and provoked by the time we’re living in, right now. This is my calling, right now.

CC:  It seems like many rock stars eventually get cynical about stardom, and specifically touring. What do you say to those artists who don’t appreciate stepping onstage every night?

SJ: They should quit. They would be doing us all a favor. I know bands like that. I know that some people have driven five hours to be here tonight, and all of the extra money that they might have for the whole summer is for this. I feel real gratitude to be able to do what we do. It’s a gift.

CC: So those kids- I say kids, because you’re reaching a whole new generation now- for those kids who are using their little bit of money to be here tonight, what do you want those kids to take away from your show?

SJ: That’s a really good question… If you’re that kid in the crowd, maybe there’s an issue with your rent this month. Or maybe you got family squabbles. And then, you have some fucker stepping on your feet! And then, they might even try to get in front of you! So you’re gonna stand there all stiff, like this… (crosses his arms)

But there’s a moment during the show when that all lets go. And you’ll see people’s faces change when that happens, and they become beautiful. And they’re feeling things that they could have felt even if they were at home listening to their Beats by themselves, but the reason that they do it together- and the reason we’ve been doing it together as humans for 10,000 years- is because having that transcendent experience in concert lets us know that we’re not alone. So what do they take with them? They take what community feels like. That’s why I ask people to turn around and greet each other during our show. You see their shoulders soften, and you see all these little real estate battles end…

CC: That’s the perfect way to describe a great concert: When the crowd begins to feel like a community.

SJ: But don’t confuse that desire for community, for weakness. I want people to be fierce for each other. There’s a song we’ll play tonight called The Kids Are Coming To Take You Down, and it’s fully inspired by the example of Greta Thunberg and Emma Gonzalez and David Hogg. These are leaders. I’m inspired by them. I take energy from them. 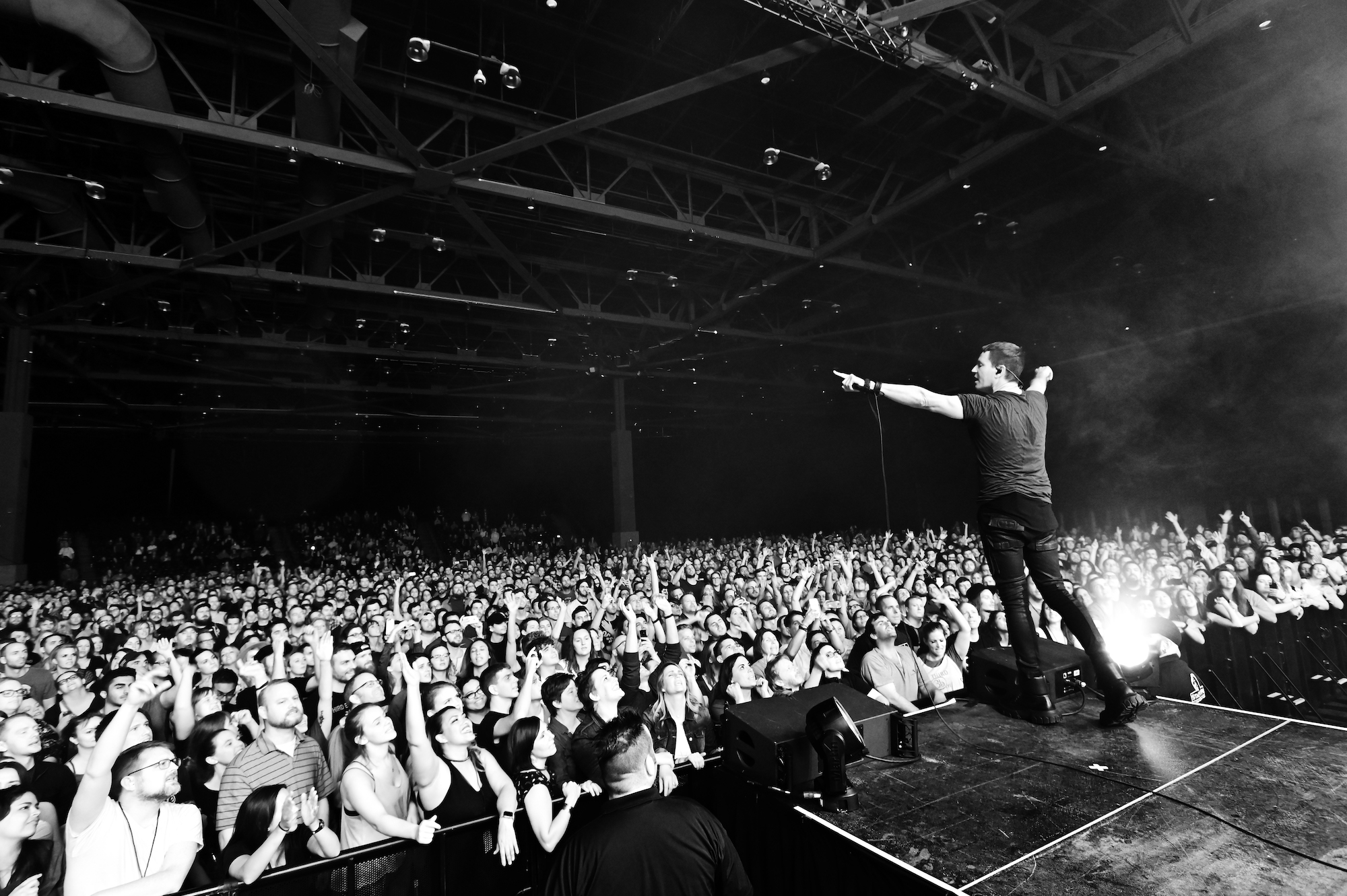 CC: Let’s talk about your work with the Jimmy Miller Foundation. Why that foundation and why surfing?

SJ: Surfing is just foundational to my life. I don’t have that many pillars. There’s family and friends, there’s music and work, and then there’s surfing. When that wave comes, the spaces between mind and body and nature all disappear, and you are now present. That’s what the Bodhisattvas are chasing, that one little moment of nirvana.

My other pillar is to give something beyond myself. I think there’s a basic level of happiness that comes from having enough of the fundamental material needs, but the returns on that happiness fade out fairly quickly. In the end, the thing that gives you real joy is sharing something.

CC: I think if you can teach somebody to surf, to see that person pop up for the first time, that’s genuine reciprocal happiness. How powerful is that moment for somebody who’s trying to overcome PTSD?

SJ: These are people who serve us, who have been exploited, who have been mistreated by the lack of services available, and who suffer from injuries that people can’t always see. For those of us who haven’t served, to be able to serve them… those are some of the most gratifying waves I’ve ever had.

CC: Finally, let’s talk about the sustainable efforts of the Summer Gods Tour.

SJ: Sure. I’m really excited to talk about ClimeCo. One of our fans reached out and asked me, “Hey, are you gonna do carbon offsets for your tour? Because, um… Pearl Jam does.” (laughs) So this organization ClimeCo helps estimate the carbon footprint for the whole Summer Gods Tour. Now, we’re preserving enough rainforest to counteract all the carbon that we’re putting into the air- not just the carbon of our trucks and our production, but also the audience and all of their cars.

I think one thing that we should defend as conservative Americans is our water. You should be able to drink out of a hose, tap, whatever. We should completely destroy the bottled water business. And just by committing to (reusable bottles) and trying to find water that’s actually potable, I believe people will come to those conclusions themselves.

CC: Let’s be honest…  you’re doing all this to one-up Pearl Jam, right?

SJ:  Yeah, exactly. Take that, Eddie. (laughs) What I would say to your readers is just try these things, even once. The next time you go on a trip, get in touch with ClimeCo and offset the carbon imprint. Try it for a weekend. Fuck it, do it for your kids’ lives and your grandkids’ lives.