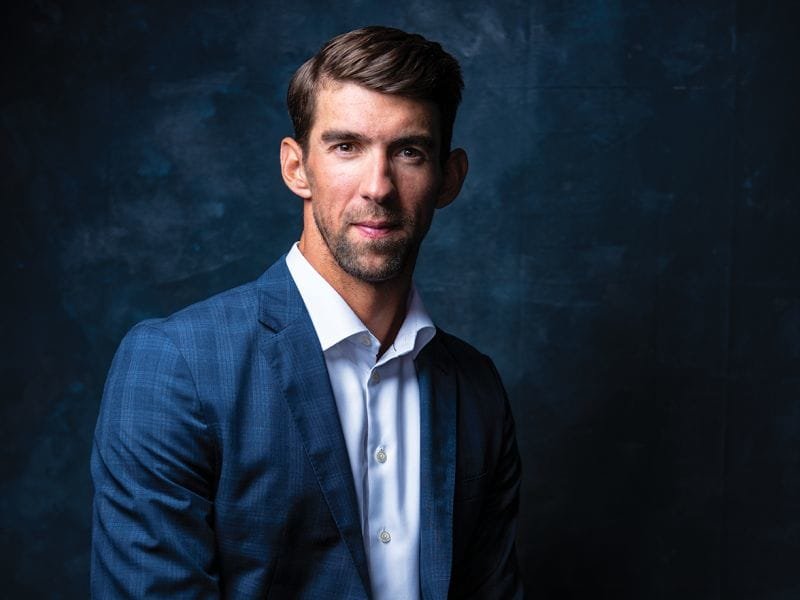 Olympic Legend Michael Phelps Teams Up With Colgate To Save Water

If anyone knows their way around water, it’s Michael Phelps. The champion swimmer is the most decorated Olympic athlete in history, winning a record-setting 23 gold medals and 28 Olympic medals in total. His Michael Phelps Foundation brings water safety classes to thousands of children every year through local Boys & Girls Clubs and Special Olympics International.

Now that he has some free time on his hands, Phelps has turned his attention to the issue of water conservation. He recently signed on as global ambassador for Colgate and The Nature Conservancy’s Save Water: Every Drop Counts campaign. The campaign’s goal is to educate 10 million children about the importance of turning off the faucet while brushing their teeth.

Leaving the water running during a two-minute period of tooth brushing can waste up to four gallons of water. In a world where clean water is still a luxury for millions of people – only one percent of the world’s water is actually drinkable, National Geographic points out, and the United Nations estimates that 783 million people don’t have access to clean water – this is a waste that may approach a crisis as the world population continues to grow and water become more scarce due to climate change.

Phelps will travel the world reminding kids that #EveryDropCounts, and that they can be part of the solution by turning off the tap. In advance of Earth Day, Conscious Connection caught up with Phelps to get his thoughts about the campaign, retirement, and helping to create a world where his newborn son can thrive.

Conscious Connection: What did you find compelling about Colgate and The Nature Conservancy’s Save Water campaign?

Michael Phelps: There are so many things that you can do that people don’t realize is a big help. And hopefully, this can start something where we have people hop on board with us and help to conserve as much water as we can. It’s a resource we use every day and sometimes we take it for granted. There are people that don’t have the privilege of clean water every day. And there are people all over the world who are wasting gallons of water per day. It’s just something so simple to do.

Conscious Connection: Has your son, Boomer, changed your thoughts about the importance of water conservation?

Conscious Connection: What are some of the other ways you conserve water around your household?

Michael Phelps: If I get in the shower and I turn the water on before I get in, [my wife Nicole] is like, “Really?” and I’m like, “What?” and she’s like, “You’re not even in the shower yet, you’re wasting water.” There are just so many small things that we can do as Americans and also worldwide and in every country [to be] more conscious of what we’re doing with water and how we’re using it and how it’s incorporated in our life.

Conscious Connection: How is retirement treating you so far? It sounds like you’re really enjoying the extra time with your wife and son.

Michael Phelps: I’m having so many amazing experiences, so many cool experiences, with my family. I don’t see myself making a comeback. I have no desire right now to do it. I’m in the second chapter of my life. I have a lot of things I now want to accomplish.

We’re very lucky to have a healthy baby boy who is always smiling, always happy and outgoing. It’s something that’s so new to Nicole and I and we’re going through this journey of trying to be the best parents that we could be, and I think we’re doing a good job. But it’s obviously challenging when you don’t really know what to do or where to go during certain times… Some of it is trial and error.

Conscious Connection: It’s great that you’re enjoying parenthood. What are you looking forward to about being Colgate’s global ambassador for this campaign?

Michael Phelps: Throughout my career, I never spoke out about anything. I stayed in my lane and focused on what I was doing. To get out in front and speak out on things that are passionate to me, to take different approaches to things I want to talk about… that’s pretty cool and special for me. The opportunities I have are absolutely amazing.