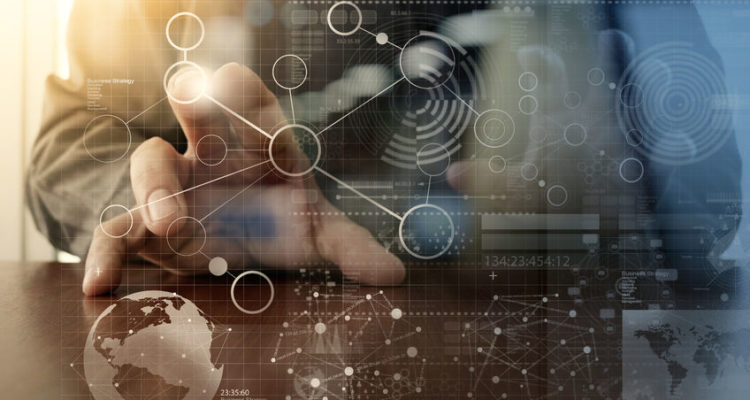 Thirty short years ago, only 3 percent of U.S. household were online and in 1974 the word “internet” was first used. Alvin Toffler had just published his original book The Third Wave in 1980. In it, he predicted a third wave of human evolutionary development — from agricultural to industrial to a post-industrial era, which he dubbed the Information Age.

Fast forward to 2017. Over 40 percent of the world’s population are online – over three billion people. One website estimates that internet use contributes to over $2.2 trillion in annual retail sales. The number of WordPress users is almost as high as the population of Turkey at 74 million. It only took 30 years for the internet to become one mankind’s most significant inventions. We are now the cusp of another third wave entirely — one that begins to apply the impact of the digital revolution on legacy institutions and traditional industries.

The internet was born on August 30, 1969, the date of the first use of TCP/IP – the language and tech foundation of the net. From the birth of the internet sprang the first entrepreneurial enterprises as systems needed further development and improvement.

The internet is now evolving in a series of its own waves. The first wave was the creation of the infrastructure and connecting the public to it.

According to Steve Case, American entrepreneur, investor, and co-founder of America Online (AOL), “I consider the early days of AOL, from 1985 to 2000, as part of the “first wave” of the internet. This was the period of building the infrastructure, connections, and awareness that ushered in a connected world”. Large tech companies such as IBM, Cisco, and Microsoft, et al., were among the first entrepreneurs as they created the means of access.

However, forward thinking spirits, such as Bill Gates, Steve Case, Mark Zuckerberg (and many others) were looking to the internet’s potential for social communities, wealth building, and unlimited creativity.

The second wave moved to building systems onto the infrastructure. Public opinion moved beyond the internet as a mere “luxury” item to a virtual necessity. By 2014 the number of users was over three billion.

Intrepid entrepreneurs were positioning their endeavors toward creating new and increasingly creative ways to captivate users. The second wave also ushered in the refinement and evolution of search engines and social engagement. With the explosion of smartphones and tablets, the mobility of the internet created “app economics” and the ease of shopping online went on to shake up global economics.

We are now on the cusp of the third wave of internet technology, a mere 48 years since its initial conception.

The third wave is being called “the internet of everything” as it is increasingly becoming a part of everyday life. This wave will also herald a new type of entrepreneur – the social entrepreneur. By this time, the internet is expected to be so ubiquitous that social entrepreneurs will make huge strides in affecting real world change. Creating, capturing and delivering value will become more important than ever.

5 Tips For Capitalizing On This Era

In a Washington Business Journal article, Steve Case remarks that companies must rethink their relationships with consumers, competitors, and governments. Again, Case’s advice for startups – form strategic partnerships and learn to work with government agencies. The internet’s second wave ushered in successful “lone wolves” such as Facebook, Google, LinkedIn, and Twitter – companies that were able to achieve success on their own. However, the third wave will require more partnerships between start-ups and the niches they are striving to break into.

Steve Case believes that it is imperative for start-ups to build relationships with influential groups such as think tanks and nongovernmental organizations to be successful (this too from the WBJ article). The second wave ushered in companies that could go it alone because they were the first ones at the gate. The third wave will require entrepreneurs to partner up and build sustainable relationships.

True entrepreneurs find opportunity in companies with outdated business models. Fortune.com lists five industries ready for fresh ideas. Take real estate for example. Zillow and Trulia are two examples of companies that took the real estate paradigm and put it online. The need to go straight to a real estate broker is in the past. Disruption of archetypical business models will play an important role in the third wave. According to Case, “third-wave companies will take on some of the economy’s largest sectors: healthcare, education, transportation, energy, financial services, food, and government services. These third-wave sectors – all now ripe for disruption – represent more than half of the U.S. economy.”

4. Get Comfortable With Risk

Third wave entrepreneurs must get comfortable with risk. Companies will need to work harder to achieve success and no longer expect to ride the coattails of another company’s success. Overnight success stories are over; it’s time to work hard, dig deep and persevere. Savvy entrepreneurs will need to actively seek out fresh ideas and exercise patience while nurturing their idea into a viable third wave business.

Entrepreneurs who discount public policy and the role of government in business are taking a huge risk. If mega corporations can directly influence public policy by contributing millions in lobbying dollars, there is something to be said for a thorough understanding of public policy and the government’s role in start-up development. One example is the JOBS Act of 2012, which removed barriers to crowdfunding/online solicitation and sparked a boom in IPO’s, according to an article (which you should check out) on TechDay. This journal article will also help you better understand the role of government in entrepreneurship development.

The most important takeaway for “third wave” entrepreneurs is that the internet is about to change in a big way. Social entrepreneurialism is going to factor greatly in the “third wave” as, in Steve Case’s words, “…the center of gravity will shift to…(integrating) software and the internet in other aspects of our lives: like health, learning, transportation and other non-tech-centric industries”.

Now is the time for creative, socially conscious ventures which are strategically designed to become an integral part of the third wave.

Interested in learning more about tech trends shaping our world? Then subscribe to our digital edition for monthly insights on how technology, social business, and consciousness are converging to create a world of abundance. 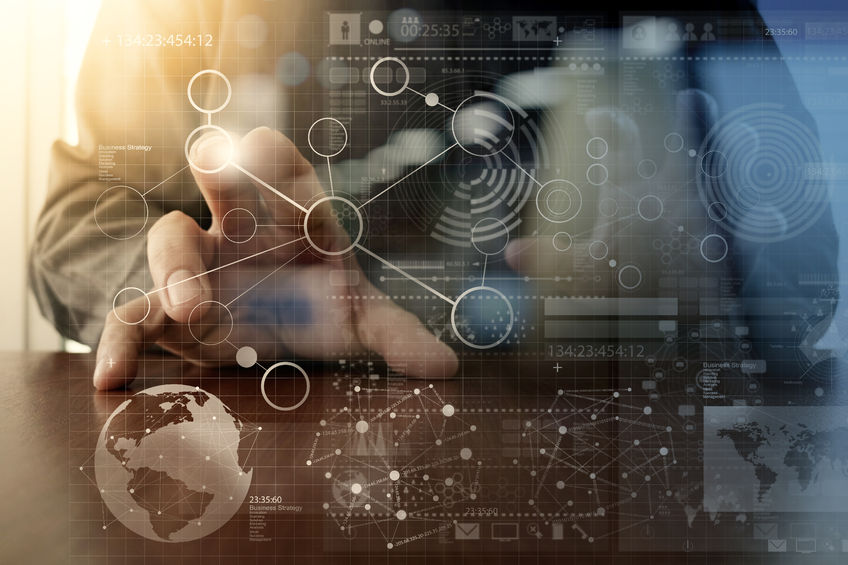