The Next Frontier of Solar Panel Innovation: Rain Energy

Clean energy innovations have been touted by scientists, environmentalists, and business people alike as the single most important solution to the environmental crisis.

The global consensus that emerged from last year’s COP21 United Nations Paris Convention was the necessity of business and science to advance clean energy innovations, as well as the vital need for financial resources to be allocated towards such.

As proclaimed by John Kerry, U.S. Secretary of State: “There will be a sea change. You will see more money begin following those outcomes, flowing to wind and solar, because there’s trillions of dollars in profit to be made.”

And, indeed, at the top of the “most popular renewable energy list” is solar energy.

But – while solar panels have been implemented in many parts of the world, the phrase solar energy has also received somewhat of a bad reputation over the years, in large part due to its dependency on a very crucial item: the sun.

A group of scientists from the Ocean University of China, Professor Qunwei Tang, Xiaopeng Wang, Professor Peizhi Yang and Dr. Benlin He, have created a novel solar panel: one which can generate electricity through rain.

The essential reactant is graphene, an extremely thin layer of carbon (one atom thick), that allows electrons to move freely across its surface, thereby generating voltage when it interacts with the positively charged ions from rain drops (IFL Science).

Let’s back up. Traditional solar cells generate electricity when photons from the sun hit the material and create electrons. The movement of electrons is an “electric current”. Rain water is comprised of calcium, sodium, and ammonium, which turns to positively charged ions. Therefore, when rain water hits the layer of graphene, it creates unbalanced charges – otherwise known as the Lewis acid-base interaction. As such, the electrons in the graphene bind with the positively charged ions in the rain water.

The rain water solar panel research was published on March 21, 2016 in the Angewandte Chemie journal.

It’s not perfect. These new solar cells are unfortunately not yet efficient enough to compete with existing solutions – the panel only converts 6.53% of the energy it receives, as compared to a 22% energy conversion rate exhibited by current panels (psfk.com). The technology has a long way to go before it becomes commercially viable.

However – these solar cells are the first of its kind, serving to both advance the development of all-weather cells, and depicting the tremendous potential clean energy solutions yield for the future of our planet.

Bring it on, rain. 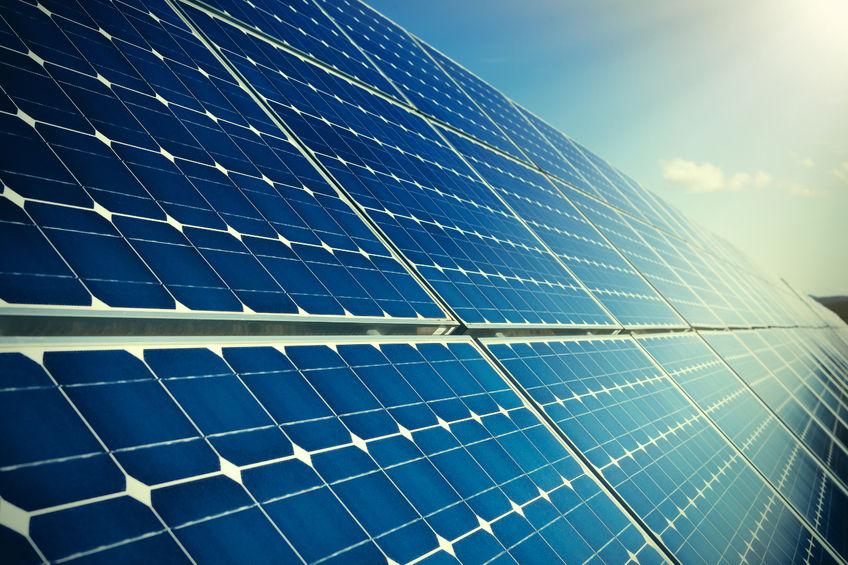