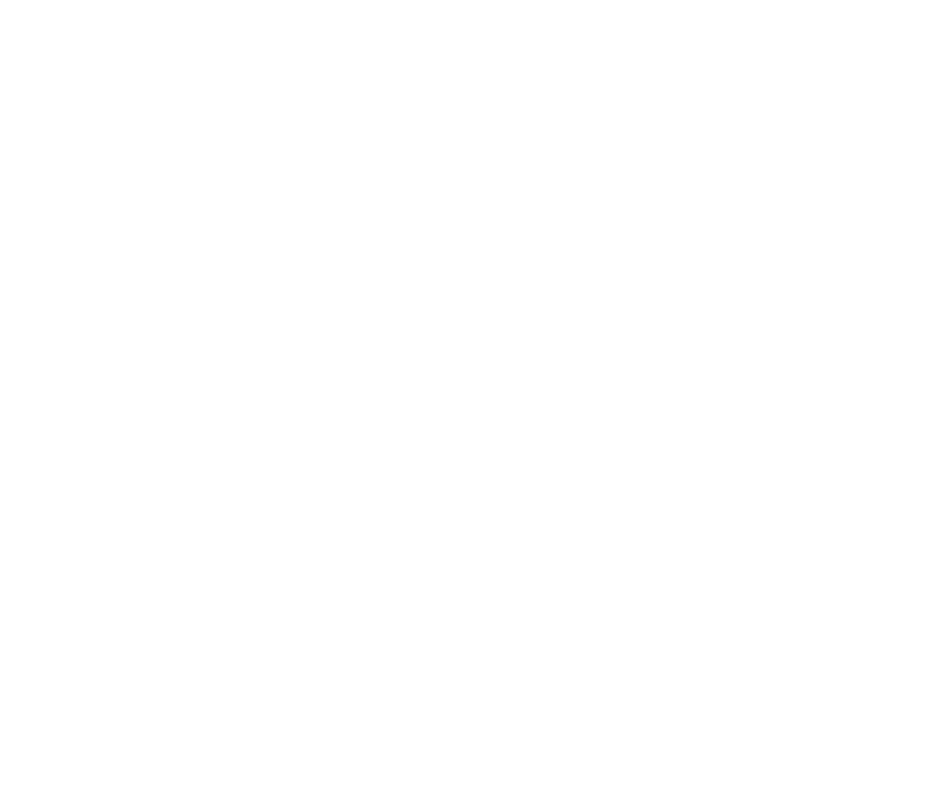 Donavon Frankenreiter: Talking from the Heart

You know that comfortable feeling you have when you’re hanging out with friends on the beach, shooting the breeze after the waves have mellowed for the day? Hang with Donovan Frankenreiter for about five minutes, and it’s just like that.

We first got to know Donavon Frankenreiter in 2013, when we met with him before a concert at the Stone Pony in Asbury Park, NJ. Since then Donavon has completed his eleventh solo album, The Heart, released on August 4. We caught up with Donavon again a few weeks ago, when he shared the stories and inspirations behind this new album.

Conscious Connection: It’s great to be back with you, Donavon. I understand that there are some really interesting stories behind the making of your newest album, The Heart. First of all, you recorded in some unique circumstances, right?

Donavon Frankenreiter: Yeah, it was definitely cool. We recorded in Blue Rock Studios in Wimberley, Texas. Now Wimberley’s one of those places – it’s a little energy vortex. They say there are these areas that vibrate, like in Hawaii and in Sedona, Arizona; Wimberley’s one of them. It was awesome being in a studio with energy like that.

The studio is on a 50-acre estate in the middle of nowhere, so we actually lived at the studio during the recording period. I’ve never been in such a captive environment before, and you kind of lose yourself. I remember leaving to buy groceries for the band, and it felt really weird going back into the “real world” after being so focused and in one spot for so long. But that also made it an incredible experience. We never had to get in a car, never had to deal with traffic . . . we just got there, set up our gear once, and we were there.

The other unique thing is that the recording sessions were live on the internet, and that turned out to be fun. I thought it would make me really stressed out, but as soon as we started recording, I just focused on what we needed to do and didn’t remember the cameras were there.

Conscious Connection: How did the music come together for the album?

You know, I was a little worried. I had the studio booked for May, but as of January I only had three songs ready. I had a few that were half written, and I was struggling to finish them because of the studio date. And I was also going through a lot with my dad, who was terminally ill at the time.

So I called Grant Lee Phillips, a songwriter I worked with on my third record, Pass It Around.  I couldn’t believe my luck, because Grant had three songs he had already written that were perfect: The Way You Catch the Light, Sleeping Good Tonight, and When the River Bends. Grant also helped with lyrics for Big Wave, Little Shack, which my son wrote, and a few others, and I ended up having all these songs that I felt really good about.

Conscious Connection: Tell us more about working with Grant Lee Phillips. What was that like?

Donavon Frankenreiter: Grant is a really powerful songwriter. Whenever I sent him a track, I was like, “Wow, it’s gonna be so cool to get an email back.” And it was crazy – he would send me the songs back the next day, and they were great. I never asked him like, “Is this easy for you?” because I didn’t want to jinx anything. He was amazing.

And you know, I don’t think he’s ever surfed, but a lot of the words that he used are surf terminology. Like Big Wave – I didn’t have that in the chorus, I had heat wave, and I thought it sounded lame. And he’s like, “Oh, I’ll take care of that.” And so he came back with Big Wave and I’m like, “No way, like a big wave of emotions, you know?” And when people hear that reference, they’re like, “Oh, you wrote a song about riding big waves?” So I love the double meaning. The other one I love is Little Shack. When you’re surfing and you get in a barrel, you say you’re “in your shack.” So my friends are like, “Oh, you wrote a song about little barrels?” That double meaning is right in my wheelhouse.

Conscious Connection: That’s awesome. So what makes this collection of songs work together as a whole?

Donavon Frankenreiter: You know, my goal with this album was to just assemble songs that felt great together. I didn’t want any one song singled out to be a hit, because what is a hit these days? And I didn’t want to spend any time chasing trends, either. Like a producer might say, “You’ve gotta do a song with a ukulele in it, that’s what’s hot right now.” But when you start chasing what’s hot, you can easily lose the essence of what you’re doing.

So when I went in to make this record with the guys, I said, “I don’t care how long the songs are, I don’t want to think about what the single could be or what radio stations want.” I just wanted to make a record that we could all be really proud of.

Now when we got started, we had trouble with Little Shack. You know, it can be good to experiment, but it can also get you really stuck. At first we recorded it in a lower key and added a lot of quirky instrumentation, and in the studio it sounded neat and fun. But then I listened to it again, and I was like, “What were we thinking?” So the next day I said, “Guys, we’ve gotta scrap that song. It’s in the wrong key, and all the stuff we added is horrible.” It almost derailed the project, but I wanted to keep everything simple. I think in the end we did that – I feel like all 11 songs are strong and powerful, and they’re nice in their own way. And we ended up using the original recording of Little Shack as a bonus track for Japan.

Conscious Connection: And I understand there’s quite a story behind the album title, Heart?

Donavon Frankenreiter: Yeah. So there was this big chalkboard in the studio, and one day I walked up to it and drew five hearts on the chalkboard.  I still don’t know why.

And then there was this ancient Tibetan prayer bowl in the studio that was pretty cool. Somehow it ended up in the tracking room, and while they were mixing Woman, someone started to play the bowl.  Immediately we were all like, “What?” It was in the same key as the song.

And that song is really unusual because I used an open tuning, I had capoed my guitar up two frets, and I didn’t even really know what key it was. But later that night we figured out that it’s in F-sharp minor. As it turns out, F relates to the heart chakra.

So we went back through the lyrics on the album, and we realized that a lot of songs mention the heart. And then, you know, my dad was dying, I wrote California Lights for him, and that’s on the album. So if you put all those things together, the hearts on the board, the heart chakra, the heart references in the lyrics, and my dad – The Heart really embraced the whole project.

Conscious Connection: Both surfing and music are such huge parts of your life.  What do you draw from them?

Donavon Frankenreiter: Both are happiness and inspiration for me. I’ve never picked up a guitar and said, “This sucks.” I’ve never wanted to break a guitar. Whenever I play music, I’m happy. And even if I write a negative song, I twist it in a way to make it somewhat upbeat so I can play it.

For me, being in the water is really similar.  I’ve never seen anybody jump in the water and go, “Aaaaah, this sucks!” They always go, “Woah!” like it feels good; it’s somewhat cleansing in a way. So that’s what surfing and music are for me for sure.

And the other thing is, with both music and surfing, you never know what’s going to happen. You wake up one day and a guy sends you a song you love, or maybe you go with a group of friends down to the beach and get the best wave of your life – but you never know, you can’t plan either. I just love the unknown element that’s part of both surfing and music. It’s exciting.

Conscious Connection: Are there any particular social causes you’re passionate about?

Donavon Frankenreiter: The one I get really excited about is the Love Hope Strength Foundation.  They come to concerts, set up a booth, and then swab people’s cheeks to try to find donors for leukemia patients. The foundation always call me and lets me know when they get a match from one of my gigs. We’ve found like 9 matches for them, and that’s super exciting.

Conscious Connection: Wow, that’s amazing. Clearly, Donavon, you’re a man who lives from the heart. What is your advice for others that might help them to live from the heart as well?

Donavon Frankenreiter: I think everyone can find a passion and find something they love to do. But I think the most important thing is to enjoy the journey of following your passion – enjoy the moments along the way. It’s not good to be like, “hurry up, I wanna get there.” If you end up achieving your goal but then you look back and realize you didn’t enjoy the ride to the goal, was it worthwhile? So really, enjoy the living along the way. Slow it down, because life could end at any second. 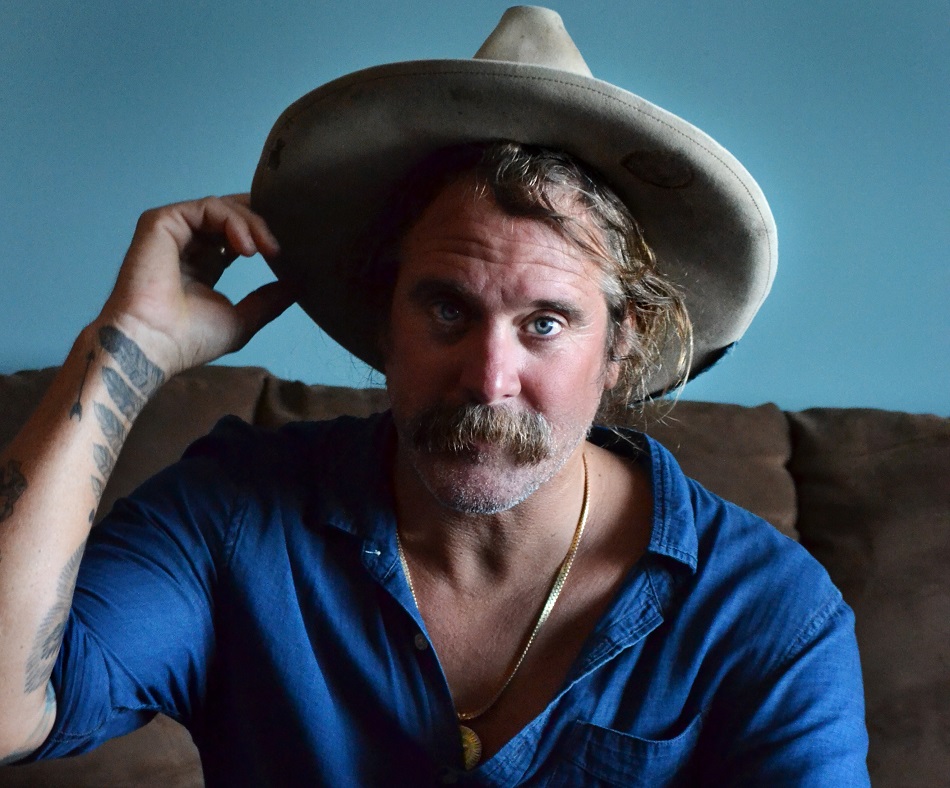