Meet Randy Paynter, Founder and CEO of Care2. Randy holds an AB from Harvard University and an MBA from Stanford University. Before founding Care2, he co-founded one of the web’s first viral apps, E-cards. He is a proud composter, a kite-boarder, and he once trekked across Borneo with two Penan tribesmen. Given the amazing success of Care2, Randy’s credentials may outshine even those of the Dos Equis man.

Conscious Connection sat down to chat with Randy earlier this month. Read on to learn about Randy’s success with Care2, the future of the site, and his advice to inspire others.

Conscious Connection: Thanks so much for taking the time to meet with us, Randy. How did you come to the idea of harnessing the power of the internet for advocacy, and how has Care2 changed the face of advocacy?

Randy Paynter: Whenever I talked to people about big issues in the world like rainforest destruction or global warming, it seemed to me that people felt powerless, as individuals, to be able to take meaningful action toward solving these problems. In response to that, I wanted to find a way to basically lower the bar, to show that individuals can take simple actions that can collectively make a profound change. Those thoughts were the basis for Care2, which has brought millions of individuals together over the past 17 years to and has enabled them to effect measurable change via electronic petitions.

When you think about advocacy in this country, individuals have historically had very little power. Online petitions have changed that by elevating and amplifying the voice of the individual. Care2 fosters this process with a “campaign team in a box,” which gives the power of a full non-profit campaign team to regular individuals. What’s more, the Care2 community of over 30 million people has the power to support these campaigns and drive additional signatures. Our ability to provide these resources to individuals is how we’re changing the face of advocacy, and that’s why we’re seeing so many wins at Care2.

Conscious Connection: That’s an amazing feel-good story, knowing that the voices of individuals are being heard. But how have you accomplished this? What is your business model?

Randy Paynter: The model started with my goal to find a way to harness the power of markets for good. It seemed to me that a lot of the “bad” that has happened in the world has been the result of corporations, of corporate greed and power. I thought, “How can we reverse that? How can we change that model, and turn this ‘engine for bad’ into an ‘engine for good’?”

So as you know, Care2 provides services for any individual who wants to start a petition. Now, when somebody signs that petition, they are offered the opportunity to sign additional petitions. The additional petitions are sponsored by non-profit organizations, and these petitions contain an option to allow the signers to receive more information about the sponsor. When a signer opts-in, the non-profit pays us for that successful connection.

Conscious Connection: Care2 started in 1998, and in just 17 years you have over 30 million members. To what do you attribute to this incredible growth?

Randy Paynter: Our growth has been almost entirely viral. I mean, fundamentally, there are a lot of folks that are really dissatisfied with the government’s lack of ability to create real positive change, and Care2 gives leverage to individuals to effect positive change. It’s rewarding for individuals when they know that, by putting their name on a petition, they’re going to help influence the opinion of people in leadership.

Another reason for our success is the media. We know the media pays attention to online petitions, and therefore so do public officials and people in power. Once the media latches on to an interesting petition, it tends to be a really powerful tool to create positive impact.

Conscious Connection: What are Care2’s plans for future growth?

Randy Paynter: The biggest single effort we’re currently undertaking is global expansion.  On the petition side of our model, we recently expanded the Care2 website to be read in seven different languages. On the funding side of the model, while we do currently work with some foreign non-profits, we will be working to expand our international base.

Conscious Connection: Have you supported many petitions that are actually global in scope?

The majority of our petitions are local, but some of the petitions that go the biggest, by far, are global in nature. For instance, the Cecil the Lion petition that recently blew up on the internet – that started with only 13 members a few weeks ago. But once it was announced that a United States Dentist was responsible for killing the lion and the media started referencing the petition, the petition took off and gained over one million signatures.

We actually just heard that Zimbabwe is banning lion hunting in the park where this event happened, so that’s one step in the right direction.* But there’s still a huge amount of global backlash regarding what happened, and so hopefully the petition’s success will encourage the country to assume even more accountability for protecting the lions.

Conscious Connection: Looking at some of your biggest wins in the past, what are some campaigns that make you the most proud?

Randy Paynter: Marriage equality is an issue that our members have been supporting for many years. While Care2 obviously can’t take credit for the change, I firmly believe that we were part of the overall solution.

A smaller petition that warms my heart was on behalf Timothy Cole, an African-American man accused of rape at Texas Tech University in 1985. Cole was convicted and sent to prison, and he died while incarcerated in 1999. Years later, DNA testing showed that Cole was innocent. Someone in Cole’s local community started a petition to grant him, posthumously, an honorary degree. Some 20 to 30 thousand members signed the petition, and the honorary degree was presented to his family this past May. Now that petition – that’s not going to change the world. But differences like that mean a whole lot to a certain number of people, and it never would it have happened had it not been for Care2’s petition. I love stories like that.

Conscious Connection: Talk to us a little about the B Corp movement. What do you foresee for the future of B Corps?

Randy Paynter: I’m a big fan of B Corps. Before a company is allowed to be certified as a B Corp, the company is vetted to make sure that it is true to its claims. B Corps aren’t faking it; they are truly doing good, and the mark has real meaning.

I’m hoping that in the future, the B Corp designation will have a favorable impact on the organization’s tax treatment. The US currently gives tax incentives to all non-profit organizations, but some of those organizations, quite frankly, are working counter to taxpayer’s interests. My hope is that the government will eventually use the B Corp label to identify businesses that are truly worthy of preferential tax treatment, not simply because they are not seeking profit, but because they are truly making a positive impact on the world.

There is actually precedent to indicate that this can happen. Philadelphia was the first city to offer a tax incentive for B Corps. I think the next step is to get B Corps recognized in all 50 states. Once that has been accomplished, hopefully we’ll have enough power to move legislation at a national level.

Conscious Connection: You’ve been successful doing something you love while being able to have an incredibly positive impact on the world. What is your advice for our readers who want to be able to change the world doing what they love, but who also want to make a living while creating that positive impact?

Randy Paynter: This may sound silly, but it’s really important to figure out a model where you’re going to be able to make money. A lot of social entrepreneurs – they’re very passionate about their particular cause, but they feel like making a profit is dirty. But quite simply, you’re never going to be successful in this space if you think that way.

For me, my passion isn’t making money, my passion is making the world a better place. But once I got Care2’s mission and margin aligned, it all became one and the same thing. The bottom line is that if you’re not making money, you’re not going to have a mission, and you’re not going to be able to make a positive impact. You’ve got to be able to figure out a way to get those two to work together, and I’m not saying that it’s an easy thing to do. But once you align your margin with your mission, you will be able to successfully pursue your passion.

*Editor’s note: Unfortunately, after this interview was conducted, Zimabwe lifted this ban. However, airlines have agreed to ban the transportation of trophy hunts. 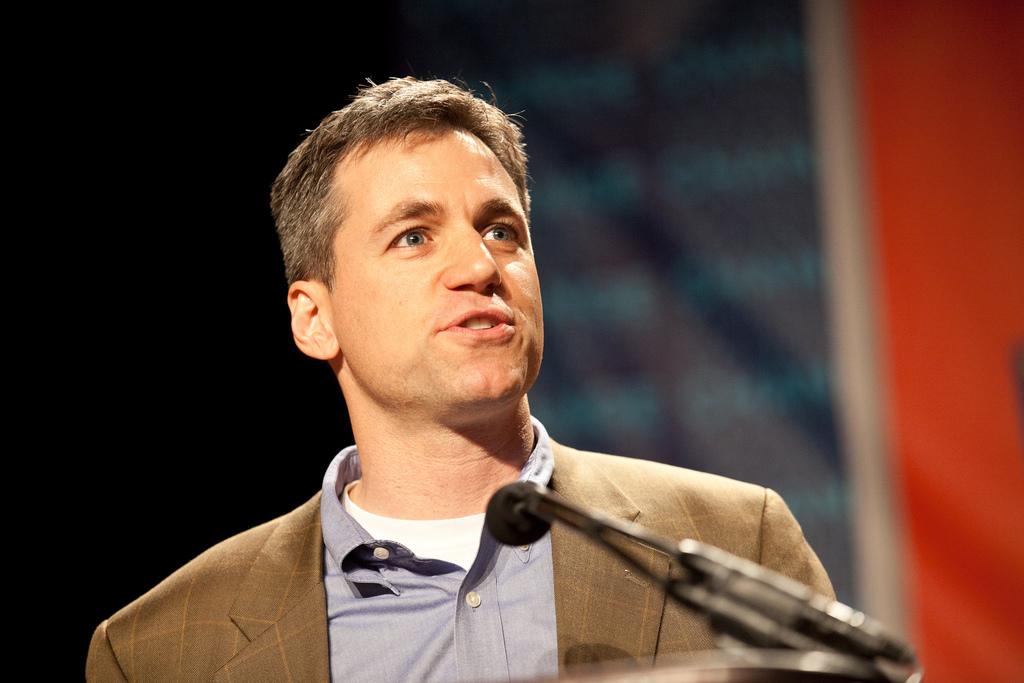