Solving any type of sustainability challenge requires understanding, influencing and ultimately changing complex systems. According to Pam Wilhelms, the owner of Wilhelms consulting group, the non-linear steps to implement large scale system change are as follows:

Sustainable Surf: Michael Stewart is a co-founder of the environmental non-profit Sustainable Surf. Stewart and his partner founded the company in 2011, when they realized there was a broken link between the sustainable surf culture of ancient Hawaii and today’s primarily unsustainable $9 billion surf industry. The company’s mission is to be a catalyst that transforms surf culture to become a powerful force for protecting the ocean playground.

Sustainable Surf started its mission by getting the sustainability conversation started with surfers and manufacturers, hoping to point them in the right direction and get them to be active players in sustainability. Their first program is their ongoing series of Deep Blue Surfing Events. These events set a path for reducing the environmental impacts of professional surfing contests. The program produced the first ever set of green guidelines for contests.

Sustainable Surf’s Ecoboard project verifies the use of sustainable materials in surfboards. The boards that receive their certification are made from recycled and renewable materials that have that have passed a science-based “benchmark” for providing a significant reduction in environmental impact. Sustainable Surf also ensures that the boards are made with the latest advancements in green chemistry. The Ecoboard project is the first independent third-party “eco-label” for surfboards.

Finally, Sustainable Surf has a Waste to Waves program. With this initiative, people can take waste Styrofoam to surf shops to be recycled. That Styrofoam is then recycled and used to create new surfboards.

In December 2014, Stewart and his co-founder Kevin Whilden were recognized as change agents by Surfer magazine.

Volcom: Derek Sabori is the Vice President of Global Sustainability at Volcom, a sports and lifestyle brand since 1991 that focuses on surfing, snowboarding and skating with the integration of music and art. Volcom recognizes that “we can’t surf without Mother Nature; we can’t surf without it being preserved.” Recently, the company updated its mission statement to include sustainability, making it officially one of the company’s core values.

Volcom is part of the Kering Group, a Paris-based group that owns luxury sports and lifestyle brands. Kering has a strong sustainability department, which has given Volcom additional resources to fulfill sustainability issues in the company and the industry. Volcom strives to run its surfing events in accordance with Deep Blue Surfing Event guidelines. They have also established goals regarding emissions, waste, water, elimination of PVC, and increasing the use of sustainable raw materials in their products.

Indosole: Kyle Parsons is the President of Indosole, a footwear brand in San Francisco. On a trip to Bali, Parsons saw how the people of Bali have always learned to make something out of nothing, and that one man’s trash is another man’s treasure. While shopping, Parsons found a pair of sandals with soles made from tires, and he was intrigued.

Every year, over 1 billion tires are put into landfills worldwide. In Indonesia, tires are a major pollution problem; abandoned tires are all over the place. This is problematic in that piles of tires have been known to spontaneously combust, and they can breed diseases such as malaria.

The sandals that Parsons bought were clunky and uncomfortable. He set out with a vision to improve the product for comfort, thinking that the sandals would appeal to the surf community. Parsons started collecting tires that were laying around the island, and he began to source tires from local mechanics. The tires were then taken to a factory where they were sanitized and then repurposed into suitcases full of sandals. In 2010, Parsons launched Indosole, and the company is now producing thousands of pairs of sandals and shoes. To date they have saved 40,000 tires, and the company that manufactures “soles with soul” is looking forward to reaching its goal of someday saving one million.

Firewire: Firewire is one of the top three surfboard brands in the world. Thankfully this company has heeded the call for sustainability, reducing the toxicity of their surfboards as well as their carbon footprint by changing the resins they use. 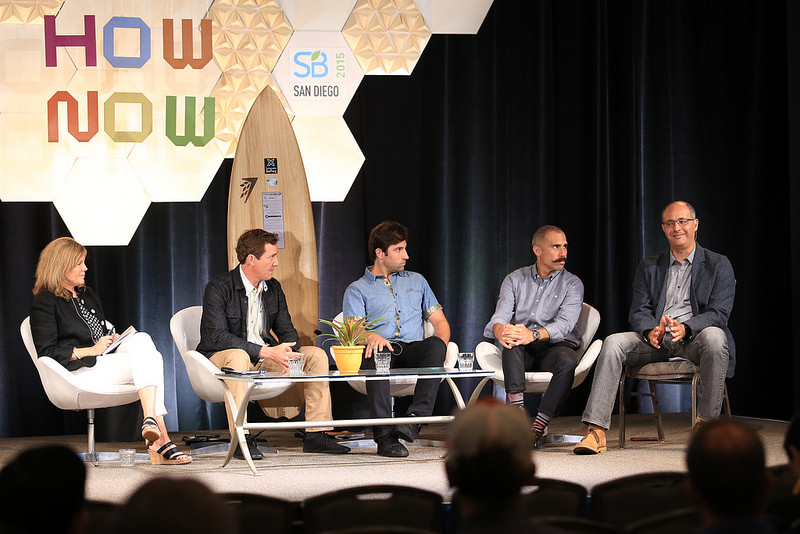