Peace Market is an event unlike any other in New York City, drawing over 1,200 influential young professionals, an impressive line up of celebrities and notable dignitaries, and a significant media presence. This year’s event featured celebrity musical entertainment from Voice winner Jermaine Paul (pictured above), the hottest DJs, a VIP reception, and a live auction. It was an unforgettable and lively night as we raised significant funds for inspiring peace programs in conflict regions.

In the face of some of the world’s most intractable conflicts, Seeds of Peace gives rise to new generations of leaders uniquely inspired and equipped to build lasting peace. Treaties are negotiated by governments; peace is made by people. Since 1993, Seeds of Peace has set the standard in international peace building by providing exceptional young people and educators from regions of conflict with an otherwise impossible opportunity to meet their historic enemies face-to-face at their International Camp in Maine.

“Seeds of Peace was the first organization that I became involved with as a teenager”, said Leith Jaber from the Palestinian Delegation. “I never once regretted it. It helped pave the way for my current confidence and intellectual ideals in life. It has also has established the framework for my career path in advancing Palestinian education.”

“People always ask me, ‘What has it done to you? Why are you so amazed by it?’ My only response is that there is a certain kind of magic that is unexplainable. I tell people to go visit and encourage them for a day to open their eyes and see the full picture. In essence, Seeds of Peace is a home, a family I can hold on to that will never let me go, and will always create that sense of comfort for all Seeds.”

They build on their extra-ordinary and critical relationships and understanding through year-round local programs that focus on the core leadership capacities needed to advance peace. There are now over 5,000 Seeds and Educators from 27 countries who prove that solutions exist, peace is possible, and there is reason to have hope for a better future.

Mujib Mashal, now an international journalist for publications like the NY Times and Al Jazeera, was a seed in the Afghan Delegation. He was particularly influenced by the expansion of his once narrow worldview: “Developing the ability to listen to ideas we grow up fundamentally disagreeing with—oftentimes from people we can’t see eye to eye—is one of the most important lessons Seeds of Peace has left me with. We come to Camp stubbornly insistent on our own narrow worldview. At the end of the Camp session, our ideas and outlook might not change, but by realizing that others are as invested as we are in their beliefs, many of us leave better listeners.”

“A decade later, that realization comes in handy every day. As a journalist, for balance and fairness I need to reflect voices and sides of stories that go against my own deeply held beliefs. The maturing of that realization kindled at Seeds of Peace has helped me to do my job better by disseminating information that is fair and tries to account for every side.”

Peace Market 2014 is hosted by Seeds of Peace’s Young Leadership Committee, a dynamic group of socially conscious young adults in their 20s, 30s and early 40s who are emerging as leaders in their respective fields, have an interest in international conflict resolution, and are committed to supporting the mission of Seeds of Peace. Learn more at www.seedsofpeace.org 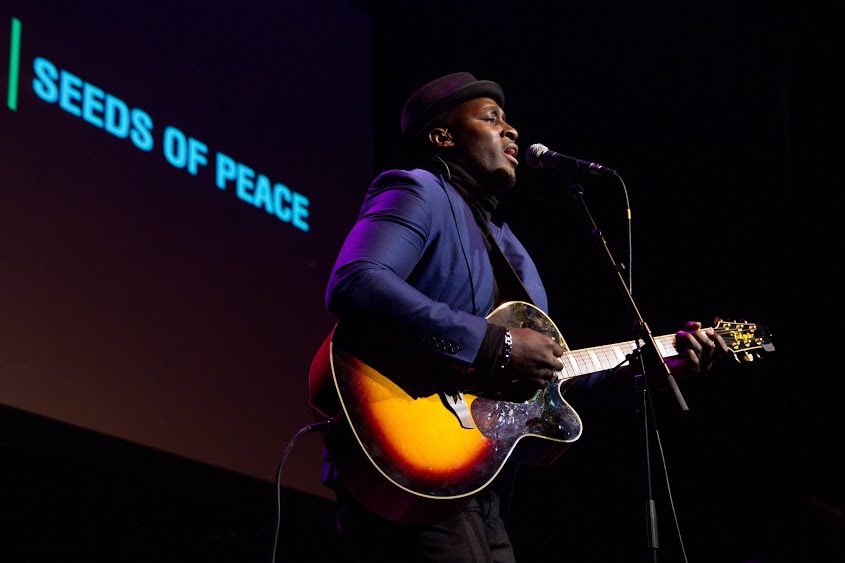