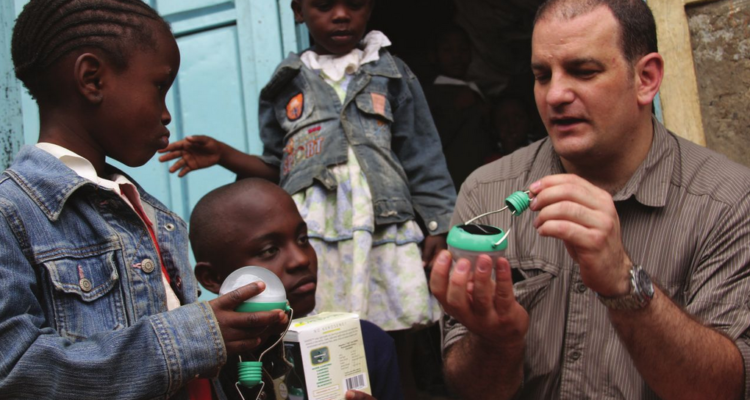 Here at Conscious Connection we’re all about inspiring the next generation of entrepreneurs to design exponential technologies that have the power to impact a billion people. In early 2010, Steve Katsaros, founder and CEO of Nokero, did just that. He came up with a groundbreaking idea to illuminate the world – a simple, portable solar light bulb with the potential to revolutionize life for the 1.3 billion people in the world who live without access to electricity.

Five months after his first sketch, Katsaros launched Nokero, a for-profit company with a mission to provide affordable solar technology solutions for poor, off-grid communities around the world. Nokero is the only brand of its kind with the usage of state-of-the-art solar light bulbs and two mobile phone charger skus currently distributed internationally in over 120 countries across the globe–more than any of its competitors. Nokero is proud to spread its resources to those in need. Best of all, the state of the art lighting products are more economical than any other lights of their kind. Nokero has created a simple, portable solar light bulb with the potential to revolutionize life for 1.3 billion people without access to electricity.

The company promotes education surrounding the solar industry, as well as the increased benefit of safe lighting (health, income, community). Its durable, weatherproof, long lasting lights encourage productivity at all hours without the use of fires or dangerous fuels such as Kerosene. Nokero aims to be the number one leader in low-cost consumer solar products in the world. Nokero currently fosters relationships with world-leading NGOs that assist in helping the 20% of world population sans resources such as lighting, education, healthcare and more with the intent to solve the global energy resource crisis.

Ever since Steve Katsaros began cultivating his message to illuminate the world with his vision, he’s wanted his brand to speak to early-adopters in the western marketplaces with interest in the global “energy poverty” issue and the developing world’s emerging consumer. Nokero has named its branding strategy after their master plan, “Connecting Light” fusing an underdeveloped population with an enhanced lifestyle.

By offering these rechargeable, innovative light source products Nokero aims to improve the lifestyles of the world’s undeveloped populations. By introducing Nokero as their renewable solar resource, the quality of life can be improved as a whole. Resources such as time, energy and money can be saved through Nokero products. Students have longer amounts of time to study, people can work longer hours in the day (and night) and money can be saved on current lighting equipment that requires maintenance, and/or third party energy source i.e. oil, battery, electricity.

Nokero believes that by lighting up the world (so to speak) they are giving these communities the basic resources needed to help one another and educate the newer generations. By removing current light sources such as Kerosene, along with other harmful, expensive techniques they can produce a world that promotes safety, an environmentally-friendly environment, and the ability to live life in a new hope.

Nokero has recently partnered with Music for Relief’s Power the World and is the featured beneficiary on Sevenly this week! Click the link above to support the cause, and for every item purchased they give $7 to support the Power The World program for Nokero solar lights in Haiti. Grab a shirt, or anything else, show your support & help them provide more solar lights to families in Haiti! 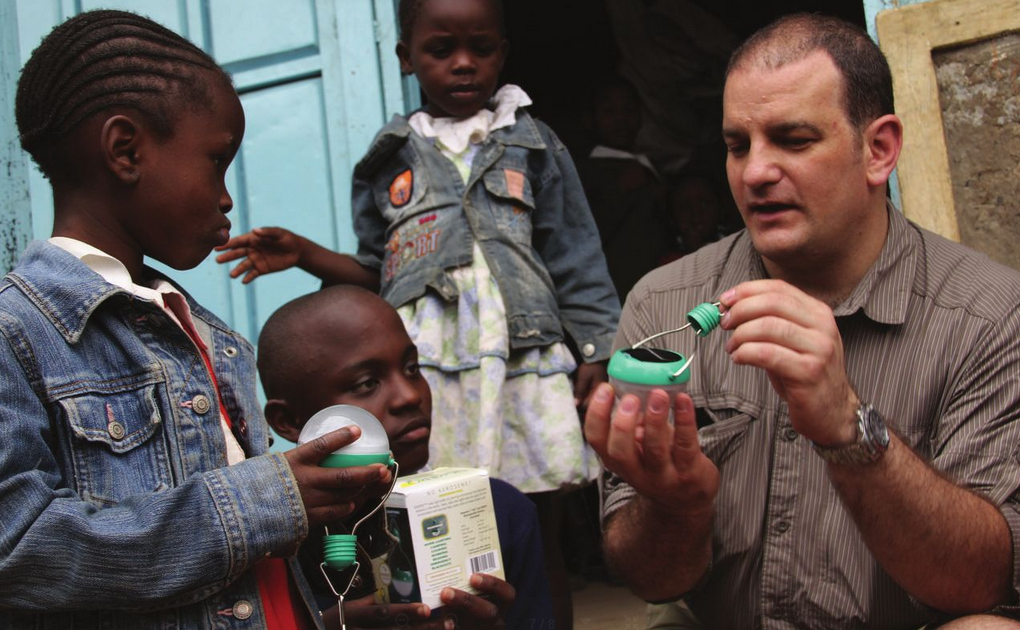