Across the United States, cities and communities are engaged in a fierce contest for the future.  They are competing for businesses, economic development, and jobs.  They are competing for residents—for families who will breathe energy and enterprise into their neighborhoods.  And as one strategy in this struggle, urban leaders are transforming their streetscapes into livable, walkable, bikeable places that attract the creative class, and dramatically improve their citizens’ quality of life.

The fact is, for communities to thrive, they need to ensure that all of their residents are happy, healthy, and contributing to their community’s overall vitality. A key ingredient in the recipe is a renewed commitment to fostering family-friendly, kid-friendly environments that allow young people to get their bodies moving and their minds engaged no matter where they are.

Kids and parents are calling out for play everywhere.  People don’t just want great parks and playgrounds; they want a complete reimagining of what our urban spaces and places look like—from sidewalks to bus stops and parking lots.

Why is this so critical?  Because play can move the needle on countless urban challenges, as our 2014 KaBOOM!-Humana Foundation Playful City USA designees demonstrate.  Play can help manage toxic stress, an epidemic among children in low-income families.  Play can spark creativity and resilience, two of the most important leadership- and job-skills of the 21st century.  And play enriches all other aspects of learning, too—from the STEM disciplines to critical thinking and analysis.

This is why KaBOOM! launched Playful City USA, a national program sponsored by the Humana Foundation that recognizes leadership at the city level.  Playful City USA honors cities and towns that make play part of a city-wide agenda that helps them meet their goals and shines a light on  creative solutions, coalition building, investment and data to address inequity through infrastructure, policy changes and programs.  Indeed, these 212 cities in 43 states are at the vanguard of the national playability movement.

In Providence, Rhode Island, where a majority of children receive SNAP benefits, local leaders also focused on improving the city’s parks into exciting places to play. A wide cross-section of local groups and agencies are working to transform each of Providence’s more than 100 parks into creative, active spaces. The city has simultaneously launched an awareness initiative, Playful Providence, designed to encourage residents to take advantage of the revamped parks.

Brownsville, Texas, meanwhile, faces an even steeper challenge: the 2012 census named it the poorest city in the United States, with many families struggling to provide adequate play opportunities for their children. In response, a coalition of city leaders, community partners, and federal agencies came together to improve local parks and launch a series of summer programs. One of the coalition’s most significant achievements was the grand opening of Portway Acres Park in December, which brought the surrounding neighborhood its first walking trail and handicapped-accessible playground.

And under the leadership of Mayor Rahm Emanuel, Chicago is working to fulfill its motto’s ideal of a “City in a Garden,” setting an ambitious goal of ensuring that every child lives within seven minutes of a park or playground. Accordingly, the city has committed to the total reconstruction of 300 playgrounds within the next five years. Chicago has also woven recreation into its schools, with 409 “learning gardens” combining hands-on science education with nutrition and health programs. And it has instituted 45-minute recesses in its elementary schools, ensuring that students return to the classroom energized and focused.

Or consider one final example: York, Pennsylvania.  The city’s schools were forced to cut PE programs for budgetary reasons.  So they partnered with a number of local health care, community, and government groups to found Eat Play Breathe York, which relies on the efforts of two task forces: the Transportation Task Force, which is improving the roads and paths that lead to parks, farmers markets, and schools, while Bring On Play has renovated numerous local playgrounds and built five new ones, increasing every resident’s access to safe, clean spaces for balanced and active play.

This is only the beginning.

With partners such as the Humana Foundation, KaBOOM!  is calling on communities all across the country  to do their part, ensuring  that all kids , particularly the 16 million growing up in poverty, get balanced  and  active play so they can thrive.  When they do, they are not just contributing to the wellness of their communities. They are strengthening the competiveness of their economies—sustainably, cost-effectively, and playfully. 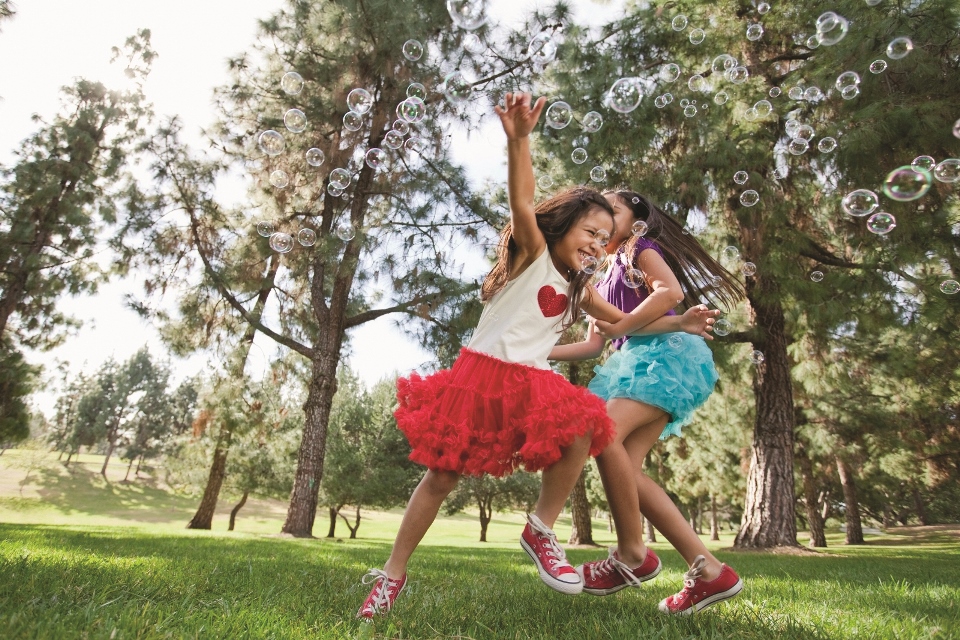