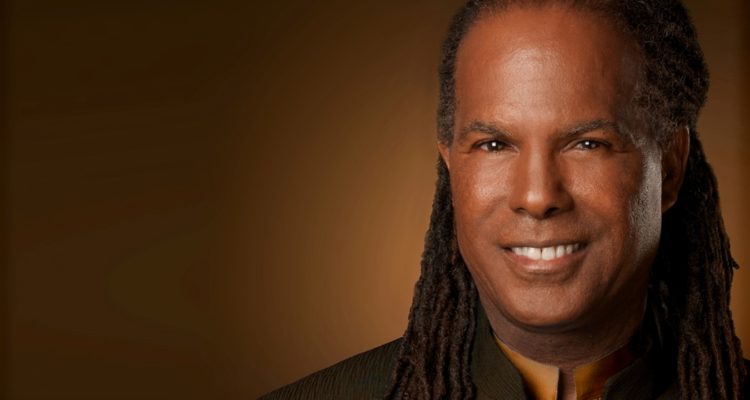 Michael Bernard Beckwith is a true modern day luminary. As the founder and spiritual director of Agape International Spiritual Center, he’s devoted his life to being an emissary of peace and fostering spiritual community around the world. A sought-after speaker and meditation teacher, Michael has also been the recipient of numerous humanitarian awards and has made appearances on The Oprah Show, Larry King Live and in movies like the Secret.

I first became aware of Michael’s teachings during a chance encounter with his Life Visioning Program. The program promised the ultimate realization of my potential by teaching the ability to live as divine love. Having already explored spirituality a bit on my own, I was intrigued by the concept and began practicing the program’s simple, yet powerful meditations. The purpose of these meditations was not to manifest the life of my dreams, but rather to create God’s dream for my life. In other words: what my soul yearned to express in this lifetime, as opposed to the mere physical desires of the ego. Looking back a few years on that moment now, I can truly begin to see the seeds of that intention taking root.

Shortly after setting the above intention, I caught the vision to begin this magazine. And as my own divine vision evolves and unfolds through me and into this venture, I am both honored and humbled to bring you this exclusive interview with the man who helped to start it all.

Conscious Connection:  It’s a blessing to be with you Michael. Can you tell us when and how you realized your mission in life?

Michael Bernard Beckwith: Thank you, and you as well. I would have to say that I’m convinced that there isn’t a time when we don’t know what our life-mission is. I believe it accompanies us into our incarnation. The real issue is about when we become conscious of that mission, conscious about why we’ve taken a human incarnation.  There can be quite a time gap between our inherent knowing of our life’s purpose, intuiting it, and ultimately living it.

My initial commitment to the spiritual path snuck up on me in the 70s, when I was a student at USC, got enmeshed in selling marijuana, got arrested, faced significant jail time and was set free on a legal technicality my lawyer uncovered.   For about a year prior to that, I’d been having a recurring dream about being chased by three men who eventually caught, stabbed, and killed me. As I entered the dying process, I felt myself interpenetrated by a magnificent presence I identified and still know as Love-Beauty.

So back to getting free, at least in the human sense. When I arrived home, I noticed that the weather-vane in my neighbor’s yard was pointing away from me.  It was a windy day, which inspired me to ask, “If my inner experience of Love-Beauty was as real as I felt it to be, then let the weather-vane turn in …”, and before I could even complete my sentence, it turned, the arrow pointing directly at me.  Love-Beauty pierced me at my core and I realized that my outer life was now aligned with the inner transformation that had begun with that dream of a year ago. I dove into spiritual inquiry through meditation and the study of Eastern and Western mysticism, metaphysics and science.  Eventually, this directed me to becoming a spiritual counselor and later a minister in the New Thought-Ageless Wisdom tradition of spirituality.

Conscious Connection: It’s fascinating to hear about your first encounter with what you call Love-Beauty, as myself and many of our contributors have had similar experiences. Please tell us about the Agape International Center and its vision and mission in the world.

Michael Bernard Beckwith: First let me say I never wanted to become a minister.  For the sake of brevity, once I did surrender to this aspect of my life-mission, I founded Agape in 1986.  Along with several like-minded colleagues, we envisioned a trans-denominational community with emphasis on universal spiritual principles, taking a stand for unconditional love, inclusivity, and for being a beneficial presence on the planet.  The vehicle for Agape’s mission is its 20 local and global humanitarian services.

Conscious Connection: I like the idea of trans-denominational — including the most life-affirming aspects of all religions while also transcending religion as we currently know and define it. An open source spirituality, if you will. So how can our readers apply these universal spiritual principles as a means for enriching their own lives?

Michael Bernard Beckwith: Universal spiritual principles transcend religious dogma and point to our spiritual origin as individualized expressions of our Creator Source endowed with enlightened awareness. Before applying universal principles there must be a genuine hunger, an inner impulsion to discover them.  Once discovered, the why and how they enhance our capacity to evolve and live our highest potential is in plain sight, because the “how” is inherent within the path an individual is guided to take.

I like to say that universal spiritual principles are our transportation to transformation.  Each of us evolves according to our own unique pattern of enfoldment, which is why there are so many spiritual paths on the planet and why we may move from path to path—some individuals more than others—according to that uniqueness.  It seems paradoxical that our spiritual practice culminates in the realization that we’ve been enlightened all along—and that’s one universal principle or law that, humanly speaking, certainly can be annoying along the way.  And then there’s the Great Mystery of existence which the mind cannot wrap itself around and for which there are no words.

Conscious Connection: Existence is indeed a Great Mystery! You’re known as the originator of the Life Visioning Process and I know you travel teaching individuals how to apply it.  How and why did you originate it, and would you describe its basics for our readers?

Michael Bernard Beckwith: Sure.  Actually, the Life Visioning Process originated me, in that it revealed to me my life’s purpose.  What I mean is that it wasn’t my intention to “originate” anything except to catch why I took this incarnation. So after centering myself in a meditative state, I placed specific questions before my Authentic Self, that sacred something within each one of us that guides us through our intuitive faculty. LVP led me to founding Agape and now, 27 years later, thousands of individuals are practicing LVP as a spiritual technology that places them at the helm of the co-creative process of their life.

As far as a very basic description, you first center yourself through meditation or contemplative prayer in which you commune with the Ineffable, activating a field of unconditional love. Once your consciousness is open and receptive, you place questions before your higher Self: What is the highest vision for my life? What must I become in order to manifest this vision?  What qualities must I cultivate?  What qualities must I release?  What talents, gifts, skills and qualities do I already possess that will serve this vision?  Then follows a deep listening with an open heart, pushing away nothing that arises or judging it. This practice can be effectively applied in all aspects of one’s life.  Now what I’ve described is a brief glimpse into the practice of LVP, so for your readers who are interested they can refer to my book, Life Visioning, for a deeper understanding of why and how it works and the steps involved.

Conscious Connection: Speaking of books, I understand you’ve released a new title accompanied by a music CD titled TranscenDance Expanded, and that it just won a Nautilus Award in its category.

Michael Bernard Beckwith: TranscenDance Expanded is what I call a “work-play” project in that it was intentional in its conception and a joy in its fruition.  The first release was the CD alone.  Then we got so many requests asking about the origins of my spoken verses interspersed in the music that we re-released a book of my talks—CD included—from which the verses I speak were taken so as to interject the original vibrational tone of the talks that inspired the music. The feedback I’m getting is that it’s great to jog, Zumba, workout or do yoga by.

Conscious Connection: So do you have a favorite piece on the CD?

Michael Bernard Beckwith: I love the creativity of all the talented performers who participated, but I confess that I do have a personal favorite which is the last track, ‘Mystic Chord of Memory,” an eleven minute and nine second guided meditation which wasn’t prewritten or rehearsed. I just learned that it’s used in the New York school system for at-risk kids, as well as yoga studios and in spiritual seminars.

The cool part of it all is that none of us never know how far what’s birthed by the inspiration of the heart can reach out and impact the world in a positive, uplifting way, which is why I encourage people to go beyond self-consciousness and have the courage to deliver their gifts, talents, and skills in the world.

Conscious Connection: Wonderful, thank you again so much for sharing your wisdom with our community here!

Michael Bernard Beckwith: My pleasure, and thank you for having me. Peace and blessings to everyone in the Conscious Connection community. 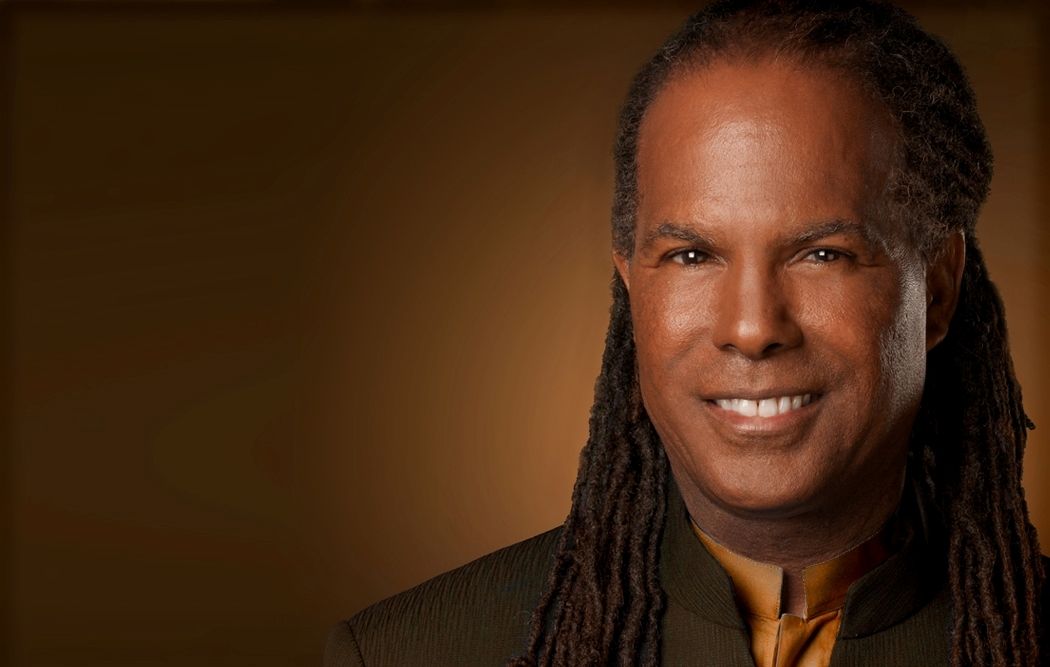