I first met McKnight when she picked me up from the MLK light rail station blocks from her organization’s Greenville headquarters in Jersey City.  Before the comically short car ride to her office, she reminded me to “buckle up”. Usually this instruction resonates as slightly abrasive, but her gentle reminder appeared to be more a reflex of genuine concern for her new acquaintance. This foreshadowed a lot of what I would come to learn about her and the philosophy behind Angela Cares: she glides with ease between the roles of mother, professional, friend and caregiver, where even the seemingly insignificant is not overlooked.

Angela Cares was founded in 2011, prompted by the death of McKnight’s grandmother. As the primary caregiver to both her elderly mother and grandmother, McKnight experienced first-hand the struggles involved in caring for seniors. The time required for myriad medical related appointments, plus the financial drain bureaucracy are staggering burdens- enough to wear down even the strongest of capable people. McKnight could only imagine the plight of those seniors without someone to shepherd them through the process. So she started an organization with a simple policy: to help seniors and their caregivers in any way possible.

When I began interviewing McKnight it was difficult to pin down exactly what Angela Cares “does” because of the wide and seemingly disconnected sets of services it provides. Quite simply, Angela Cares “does all it can, in any way it can”.

Angela Cares is not just unique in the breadth of services it ambitiously undertakes to provide – but in the delivery of these services. McKnight’s philosophy incorporates the assistance of volunteer youth in her charity.  And the effect is profound: a welcoming and interactive community, with clearly beneficial effects for both groups.

The organization affords the elderly educational services by arranging sessions with lawyers and doctors to meet and discuss the issues facing seniors. It organizes social and other activities designed to empower and entertain.  McKnight personally guides seniors and their caregivers through the maze required to collect benefits.  She does her very best to assist those seniors with nowhere else to turn. When I was in her office, McKnight was in the process of assisting an older couple that had been recently evicted from their home.

Angela Cares is also keenly aware that life is more than simple survival.  Two of the most common afflictions among the elderly are loneliness and depression. To combat this, Angela Cares offers a host of activities to brighten our senior’s moods-everything from inviting the St Peter’s College girls basketball team for Christmas caroling, to hosting the forthcoming “senior prom”.

After meeting with McKnight and her staff- and hearing the rave reviews from the seniors who happened to be come by while we were meeting- I was compelled to attend an event. She encouraged me come to the Easter egg decorating contest she had arranged with the seniors at Lutheran Senior LIFE and the senior students of Marist High School- an example of McKnight’s intergenerational counseling philosophy.

I must admit that I was initially unimpressed.  A group of bashful teenagers sat in a semicircle at one end of the room while a larger group of seemingly disinterested seniors sat dispersed throughout the rest of the room at tables in small groups.  As I pondered how these very different groups could breach the gulf, we were greeted by McKnight and her signature ear to ear smile.  She was clearly the only person without a hint of apprehension as she began introductions. After some gentle prodding, the participants paired up.

After the initial unease, it was incredible to see just how quickly the teens and the seniors began to comfortably interact with each other. Within ten minutes, not a single teen was not casually joking with a senior about their creations.

At my table there were three charming women and one somewhat reserved gentleman. After introducing ourselves, the ladies and I began to decorate our eggs. The gentleman abstained, joking that he was better at eating eggs than decorating them. We laughed and exchanged stories as we prepared our eggs, evoking a laugh or two even from the stoic gentleman. As I scanned the room, I realized that my experience was not unique:  smiles and chuckles came from every table as a beaming McKnight insured that everyone had the materials needed.

As the event ended, I asked the guidance counselor (who coincidentally was there to chaperone but ended up participating herself) her thoughts. She was “shocked” at how well her students engaged with the seniors and expressed her hope that the school and Angela Cares would collaborate “again and often”. I then approached a student who seemed especially happy. When I asked him if he would ever volunteer at the senior center of his own accord, he replied: “Definitely, I gotta come back and see Ms. Johnson.” Then he gestured to the smiling woman sitting across from him and asked, “Ain’t that right Ms. Johnson?”

If you’d like to help Angela Cares visit angelacares.org to find out ways you can contribute. 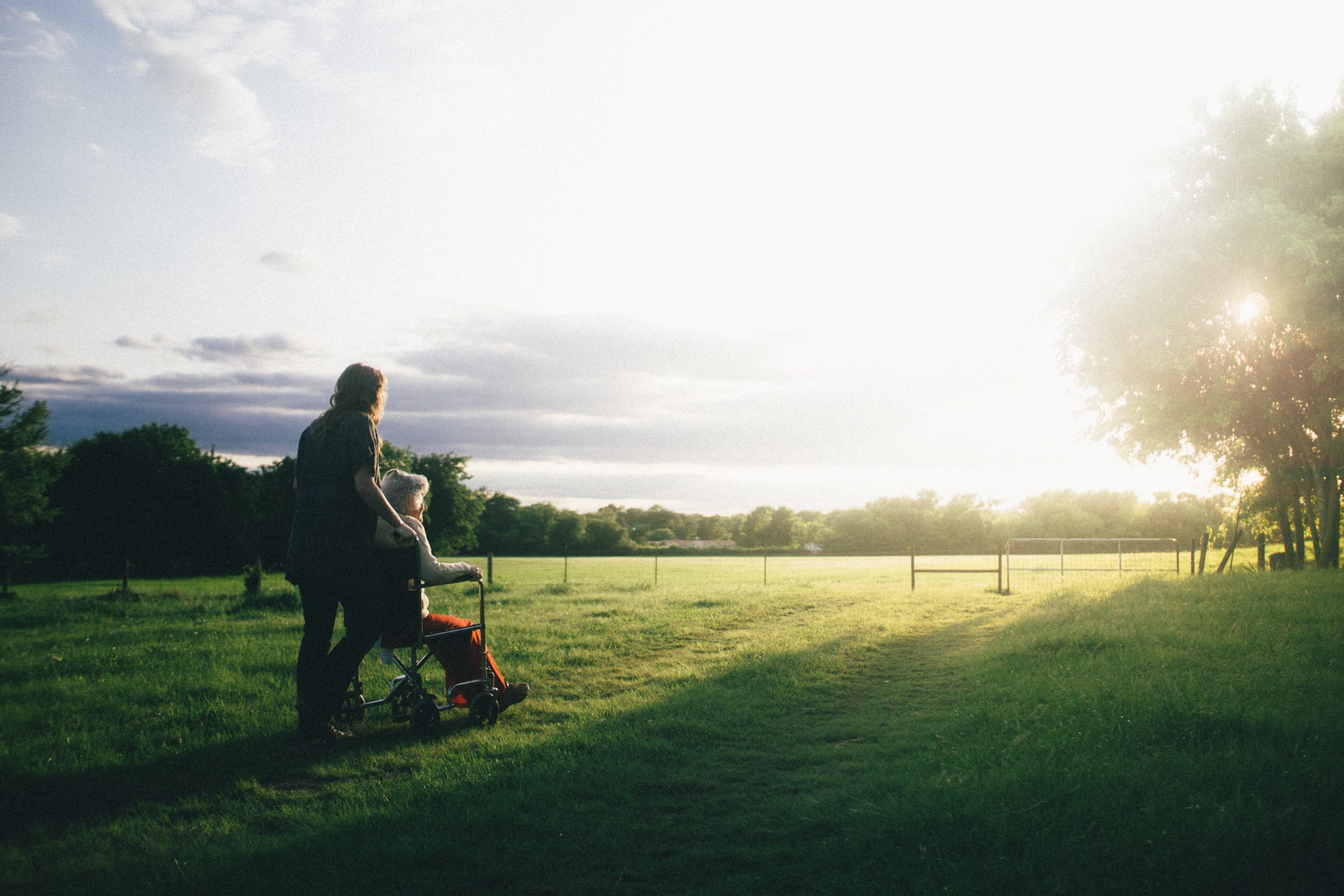