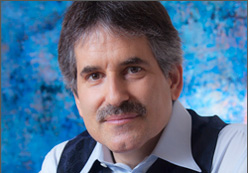 Do We Need Faith To Believe In Progress?

Recently I’ve had some interesting thoughts about the science vs. religion, materialism vs. spirituality debate. Being a spiritual teacher myself, I generally tend to feel more aligned with mystical and religious sensibilities, because they assert that the spiritual dimension of life is the highest and most profound experience a human being can have. I share that conviction, and feel that it is the essential foundation for a life of meaning and purpose. That being said, when it comes to telling us how to relate to some of our biggest global challenges, I wonder if the most spiritually enlightened among us might be missing the boat right now.

Men and women of great spiritual commitment, whether they are realized Himalayan yogis, high Buddhist Lamas, wise and revered Rabbis, beloved Christian Priests, or ecstatic Sufi mystics, tend to emanate both a powerful positivity and an uplifting compassion. And it is their spiritual conviction—based upon either strong faith or direct mystical experience—that has made them, throughout human history, such important pillars of both solace and inspiration.

No matter what the tradition, their message to the multitudes tends to be that the world is mired in ignorance, whether that ignorance be called “lack of faith,” “materialism,” “delusion,” “egotism,” or just the absence of spiritual sensitivity. Mystics and yogis tell us that if we follow their prescription, sooner or later we will awaken from our ignorance to a higher, timeless dimension of consciousness in the here and now. And almost all of the traditional religions tell us that if we embrace their faith wholeheartedly, we will experience salvation and go to a better world when we die.

But do we really need to transcend this world—through higher consciousness or life after death—to find a source of authentic faith and inspiration? Recently, I was told about three important new books that make very bold and provocative statements about the human experiment: they state unequivocally through extensive research that life conditions in our world are improving dramatically in just about every domain for more people than ever before in history. In fact, they tell us that our future looks brighter than we can imagine. Harvard psychologist and bestselling author Steven Pinker recently published an extraordinary tome, The Better Angels of Our Nature: Why Violence is Declining, that goes into exhaustive detail, arguing:

Believe it or not—and I know that most people do not—violence has declined over long stretches of time, and today we may be living in the most peaceable era in our species’ existence. The decline, to be sure, has not been smooth; it has not brought violence down to zero; and it is not guaranteed to continue. But it is an unmistakable development, visible on scales from millennia to years, from the waging of wars to the spanking of children.

In his 2005 book, The Rational Optimist: How Prosperity Evolves, Dr. Matt Ridley (former editor of The Economist) describes how life conditions on the planet have improved dramatically over the past 50 years:

In 2005 [as compared to 1955], the average human being on Planet Earth earned nearly three times as much money (corrected for inflation), ate one-third more calories of food, buried one-third as many of her children and could expect to live one-third longer. She was less likely to die as a result of war, murder, childbirth, accidents, tornadoes, flooding, famine, whooping cough, tuberculosis, malaria, diphtheria, typhus, typhoid, measles, smallpox, scurvy or polio. She was less likely, at any given age, to get cancer, heart disease or stroke. She was more likely to be literate and to have finished school. She was more likely to own a telephone, a flush toilet, a refrigerator and a bicycle. All this during a half- century when the world population has more than doubled, so that far from being rationed by population pressure, the goods and services available to the people of the world have expanded. It is, by any standard, an astonishing human achievement.

And finally, in their 2012 book, Abundance: The Future is Better Than You Think, Peter Diamandes and Steven Kotler make a compelling argument for how the extraordinary speed of technological development will affect our future for the better in ways that we can as-of-yet barely imagine. Making a case that we’re already well on our way, they point out that, “Right now a Masai warrior with a cell phone has better mobile phone capabilities than the president of the United States did twenty-five years ago.”

Ironically, enlightened masters and religious faiths—those traditional sources of moral courage and spiritual inspiration—with rare exceptions, almost universally tell us the opposite story: things are going from bad to worse. And with climate change, continued environmental degradation, and the very real potential for war in the Middle East, to name just a few of our looming planetary crises, they would appear to have a strong case. The remedy to our personal and collective challenges, they tell us, are the mystical truths realized through their spiritual practices or the mythical truths realized through accepting their faith. In the best cases, they say these realizations can spiritually empower us to roll up our sleeves and fight the good fight to save ourselves and our planet.

If the prophets of progress coming to us from fields as diverse as economics, psychology, and technological innovation are right, then we may have a non-metaphysical, non-faith-based source of hope and possibility for salvation in our midst. And this “good news” is based upon our own extraordinary achievements. This is not to deny (as all of the above authors have acknowledged in their work) that we have enormous problems to solve and unexpected disasters to face. It’s just that if they’re right, we have good reason to feel a lot better about ourselves and our collective future.

What if our mystics, enlightened ones, and great religious traditions incorporated the “good news” of progress into their perennial teachings of timeless wisdom? Maybe then they could inspire us not to fear the future, but to be even more deeply, spiritually motivated to create a better future—and in so doing, become unapologetically positive about our role as evolving human beings at this time in history.