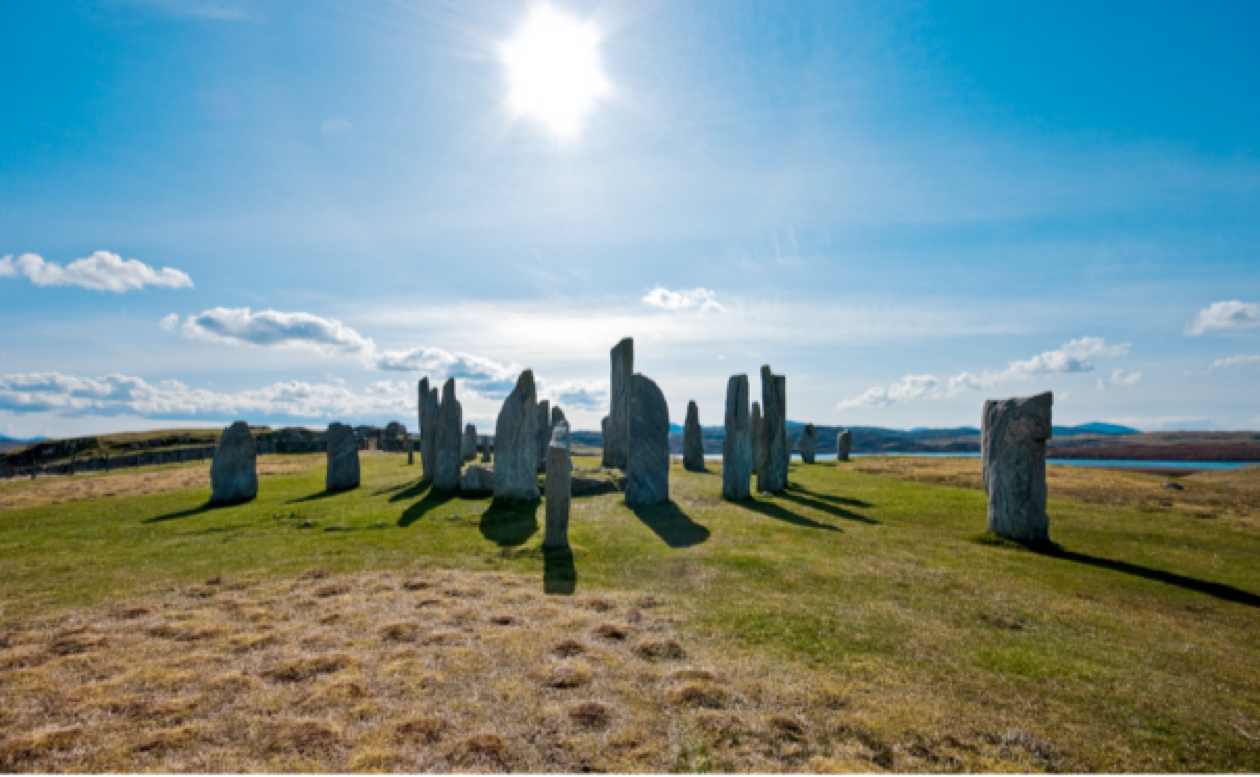 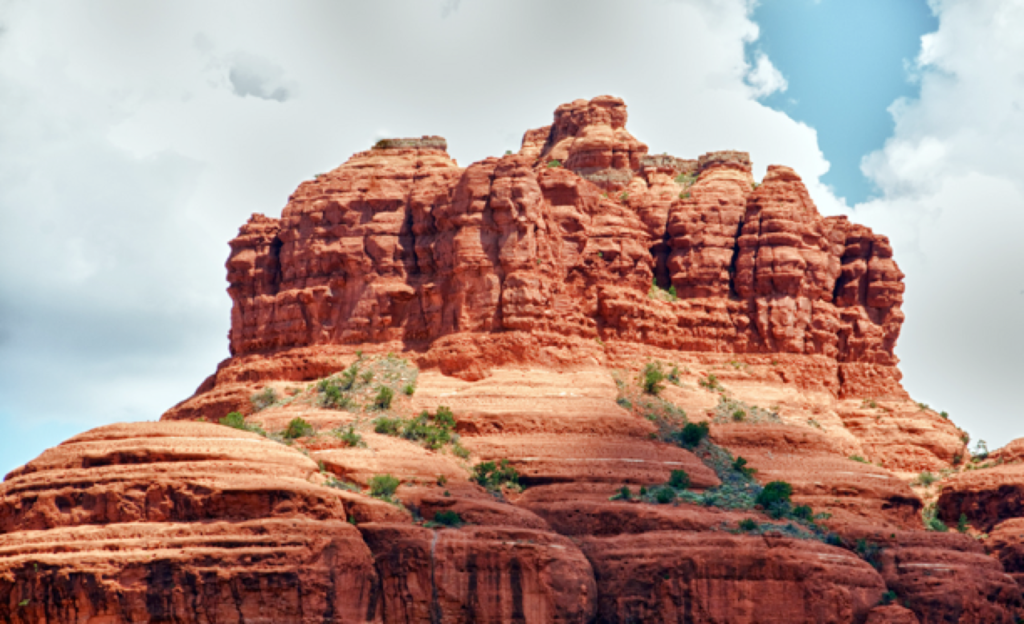 The power vortexes in Sedona, Arizona, are regarded as places containing mystic energy by New Age believers and were first discovered in the 1950’s. There are a total of four power vortexes, which are located at:

New Age thinking discusses a vortex as being a place containing high mystical power. By meditating in these locations, New Age devotees believe that one will experience both spiritual awakening and physical healing.

These four vortexes, discovered by Page Bryant have since become a popular tourist attraction. So much so that visitor centers offer maps well as guided tours including North American and New Age teachings. 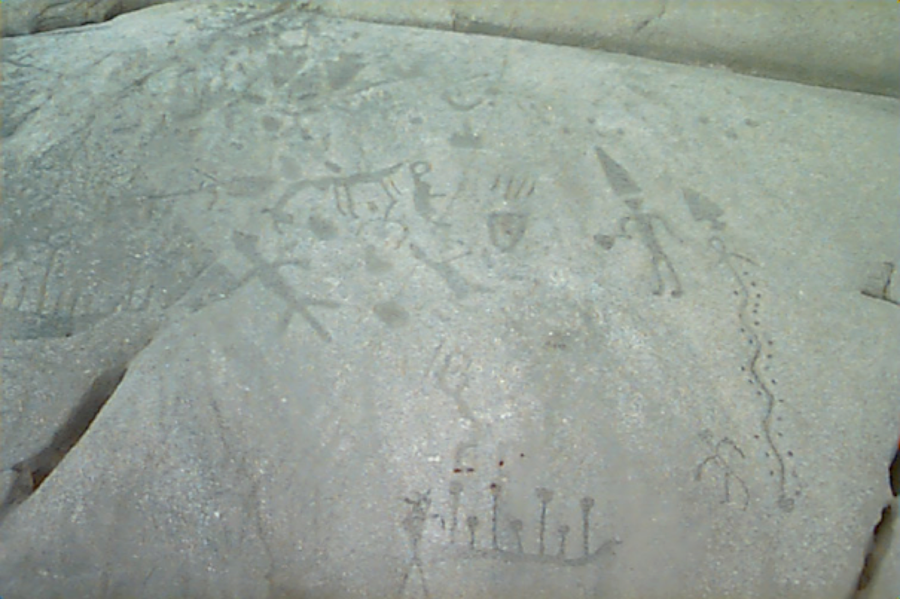 These petroglyphs are a stunning collection containing over 900 ancient images carved into the crystalline limestone. After having been lost, the Peterborough Petroglyphs were rediscovered in 1924 by Charles Kingam.

The carvings are believed to have been made by the Algonkian people between 900 and 1400 AD. However, there are many other theories on where they came from. Presently, they are referred to as Kinomagewapkong; “The rocks that teach”.

The 900 carvings were made using gneiss hammers to incise showing human figures, animals and a dominant figure whose head apparently represents the sun into the softer, gently sloping walls.

Coba is noted for is remote jungle landscape and several pyramids in and amongst a number of ceremonial roads. Until the mid-20th centaury, Coba had only been seen by Mayan hunters. In late Maya legends, there are even references where Coba is associated with the sun god.

Coba is not a single site but a large group of sites connected to a central temple complex by a series of Mayan ceremonial “white roads” (sacbéob). There are more than 16 of these roads at Coba and their arrangement and purpose remains something of a mystery.

Sometimes, for instance, a sacbe that is miles long will reach a very tiny ruin. And Sacbe 1 is travels west from Coba in a straight line for an astounding 62 miles to the site of Yaxuna, which is 12 miles south of the more prominent Chichen Itza. 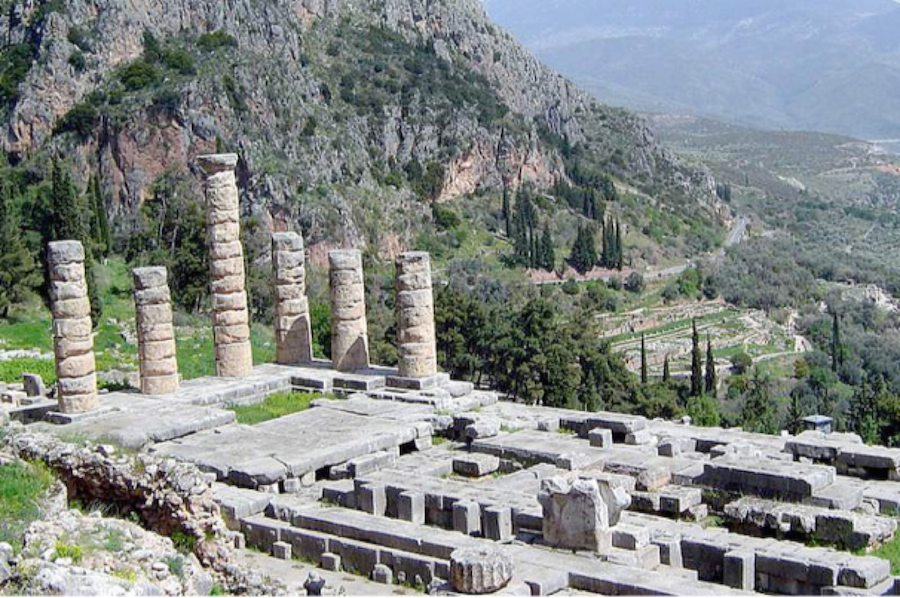 The Sanctuary of Apollo is located in Central Greece at Ancient Delphi and was revered as early as 1500 BC. The ancient Greeks saw Delphi as the literal center of the world.

According to the mythology, Apollo claimed the spring from the serpent Python, an ancient guardian of Delphi’s Castalian Spring. He claimed to build a glorious temple in that spot as an oracle for men.

At the foot of Mount Parnassos, within the angle formed by the twin rocks of the Phaedriades, lies the Pan-Hellenic sanctuary of Delphi, which had the most famous oracle of ancient Greece. Delphi was regarded as the centre of the world. According to mythology, it is here that the two eagles sent out by Zeus from the ends of the universe to find the navel of the world met. The sanctuary of Delphi, set within a most spectacular landscape, was for many centuries the cultural and religious centre and symbol of unity for the Hellenic world. 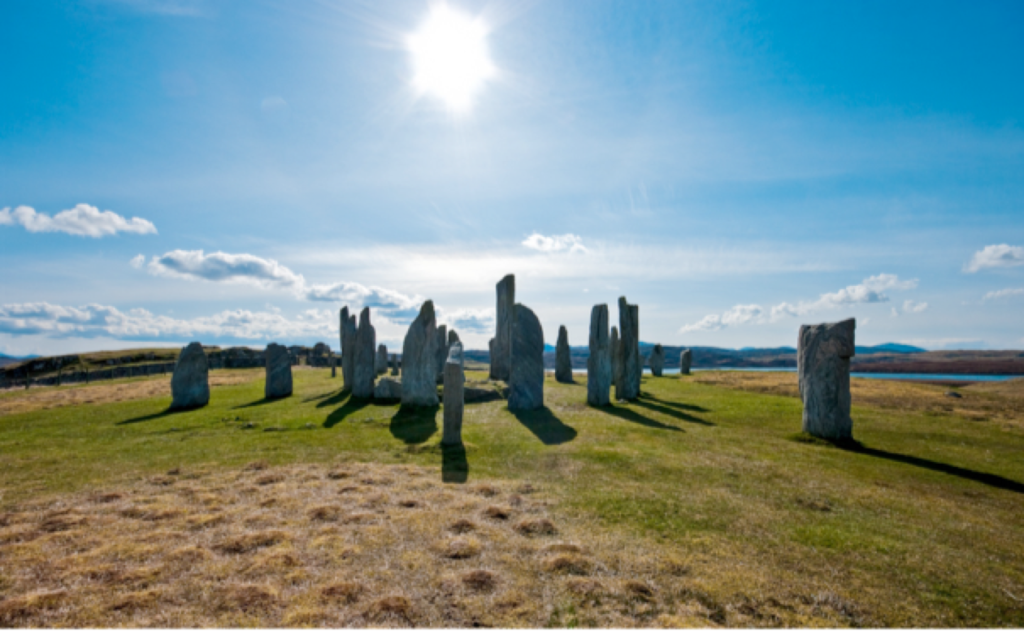 The Callanish Stones date from 2900-2600 BC. These stones are made up of a large stone circle surrounding a burial chamber as well as four avenues leading away. Their beauty has spiritual health for years.

According to this author’s interpretations, the ring of Callanish, like many other similar structures in Europe, had both an astronomical observation function and a sacred temple function. The stones were used as sighting devices to track the rising and falling of celestial bodies in order to predict in advance of their occurrence particular periods in the cycles of those bodies.

During those periods the stones in the center of the ring became the focus of ceremonial actions. In support of this idea it is noteworthy to mention that the gneiss rock of which the ring is constructed is thickly embedded with a variety of crystal types including white quartz, feldspar and hornblende. Furthermore it has been found by the sacred site energy-monitoring studies of Paul Devereux’s Dragon Project, that during the solstice period the radiation readings at Callanish doubled in intensity. 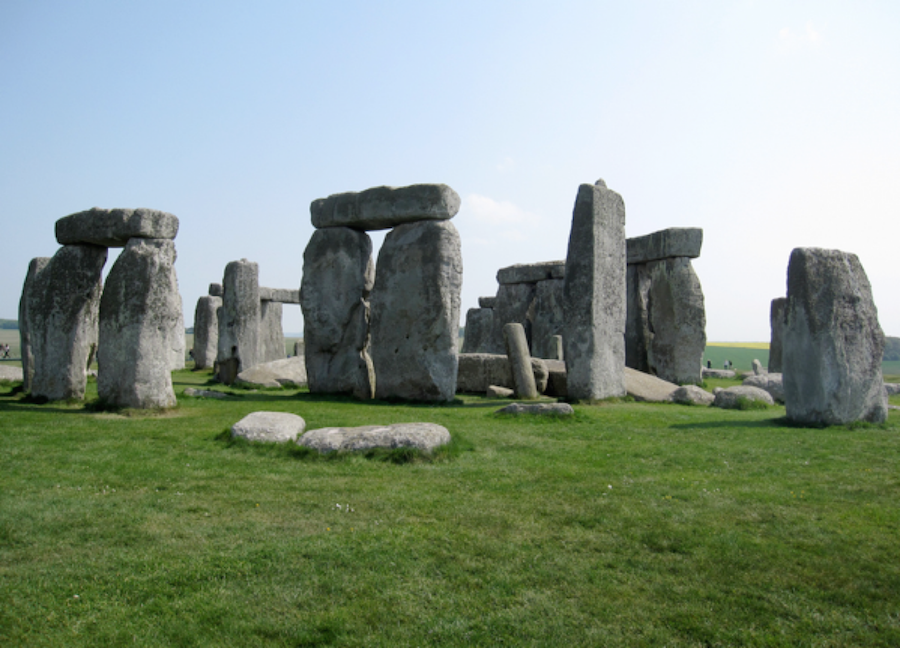 Stonehenge is an iconic monument believed to have been erected around 2500 BC. It seems entirely plausible to me that the placement of stones at Stonehenge creates a sacred space which has an entirely different feel to the world outside. Those that work with energy in modern times will recognise that we can make an area that contains the energies for our spiritual work and most often that space is within a circle. We are keeping sacred separate from the profane. Fortunately we don’t have to move tons of rock to do this, but then our spaces are not quite as permanent or quite as powerful!

Interestingly the bedrock beneath Stonehenge is one of the softest of stones- chalk. Sue has experimented with Preseli Bluestone and chalk and found that a ‘battery’ like effect is created. Perhaps this is the key to the Preseli Bluestones at the heart of Stonehenge, building and containing energy much stronger than the surrounding land?

What is well known is that Stonehenge works as a solar calendar aligned to the Midsummer and Midwinter solstices. Less recognised is that the inner stones are a lunar calendar, aligned by a 19 year eclipse cycle of the Moon. The astounding fact is that it is still accurate thousands of years later to within .03 of a day! Perhaps the Circle unifies the masculine and feminine, the energies of Sun and Moon, God and Goddess?

7. Valley of the Kings: Egypt 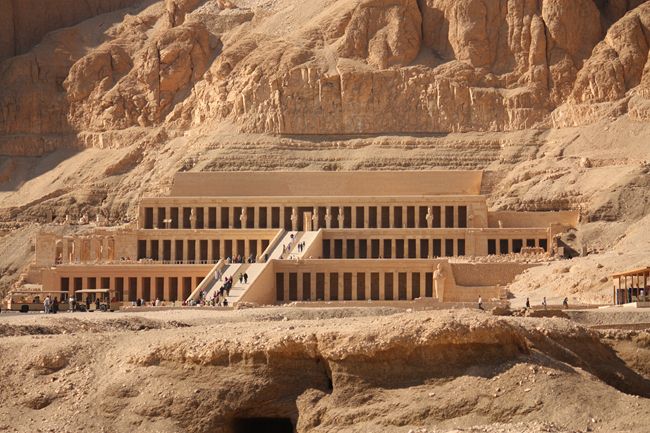 The Valley of the Kings is a place where tombs were built for Pharaohs and nobles of Ancient Egypt. It is also known as Biban el-Muluk, which means “doorway or gateway of the kings”. There are a total of 62 tombs to-date that have been excavated by Egyptologists and archaeologists from other countries.

The area has been a major area of modern Egyptological exploration for the last two centuries. Before this the area was a site for tourism in antiquity (especially during Roman times). This area illustrates the changes in the study of ancient Egypt, starting as antiquity hunting, and ending as scientific excavation of the whole Theban Necropolis.

Despite the exploration and investigation noted below, only eleven of the tombs have actually been completely recorded. 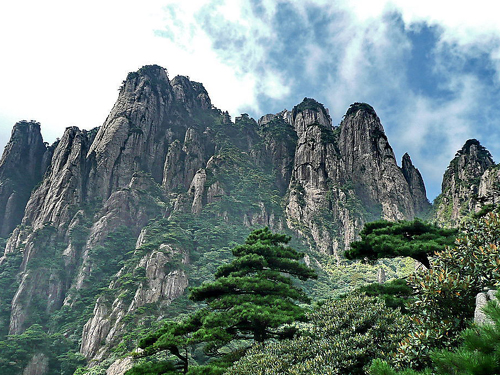 There are a total of five Taoist mountains. Each of these mountains is associated with one of the five cardinal directions, including the center.

These mountains are associated with Taoism, as per their name – Taoist Mountains. Taoism has been around for more than 2,500 years and is a philosophical, quasi-scientific and religious tradition.

According to Chinese mythology, the Five Great Mountains originated from the body of Pangu, the first being and the creator of the world. Because of its eastern location, Mount Tài is associated with the rising sun which signifies birth and renewal. Due to this interpretation, it is often regarded as the most sacred of the Five Great Mountains. In accordance with its special position, Mount Tài is believed to have been formed out of Pangu’s head. Mount Heng in Hunan is believed to be a remainder of Pangu’s right arm, Mount Heng in Shanxi of his left arm, Mount Song of his belly, and Mount Hua of his feet.

The mountains are as follows: 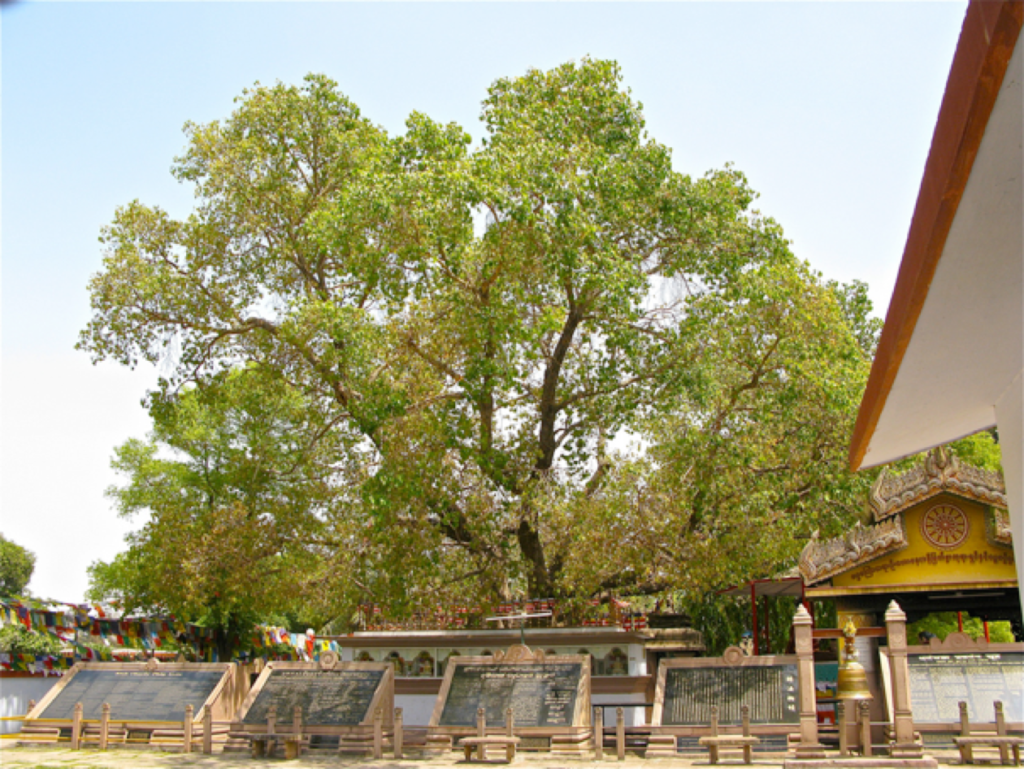 The Bodhi Tree, which is also referred to as the “Tree of Awakening”, is said to be a direct descendent of the tree where Siddharta Gautama attained spiritual enlightenment and became the Buddah.

The Bodhi tree at the Mahabodhi Temple is called the Sri Maha Bodhi. According to Buddhist texts the Buddha, after his Enlightenment, spent a whole week in front of the tree, standing with unblinking eyes, gazing at it with gratitude. A shrine, called Animisalocana cetiya, was later erected on the spot where he stood.

The spot was used as a shrine even in the lifetime of the Buddha. King Asoka was most diligent in paying homage to the Bodhi tree, and held a festival every year in its honour in the month of Kattika. His queen, Tissarakkhā was jealous of the Tree, and three years after she became queen (i.e., in the nineteenth year of Asoka’s reign), she caused the tree to be killed by means of mandu thorns. The tree, however, grew again, and a great monastery was attached to the Bodhimanda called the Bodhimanda Vihara. Among those present at the foundation of the Mahā Thūpa are mentioned thirty thousand monks from the Bodhimanda Vihara, led by Cittagutta. 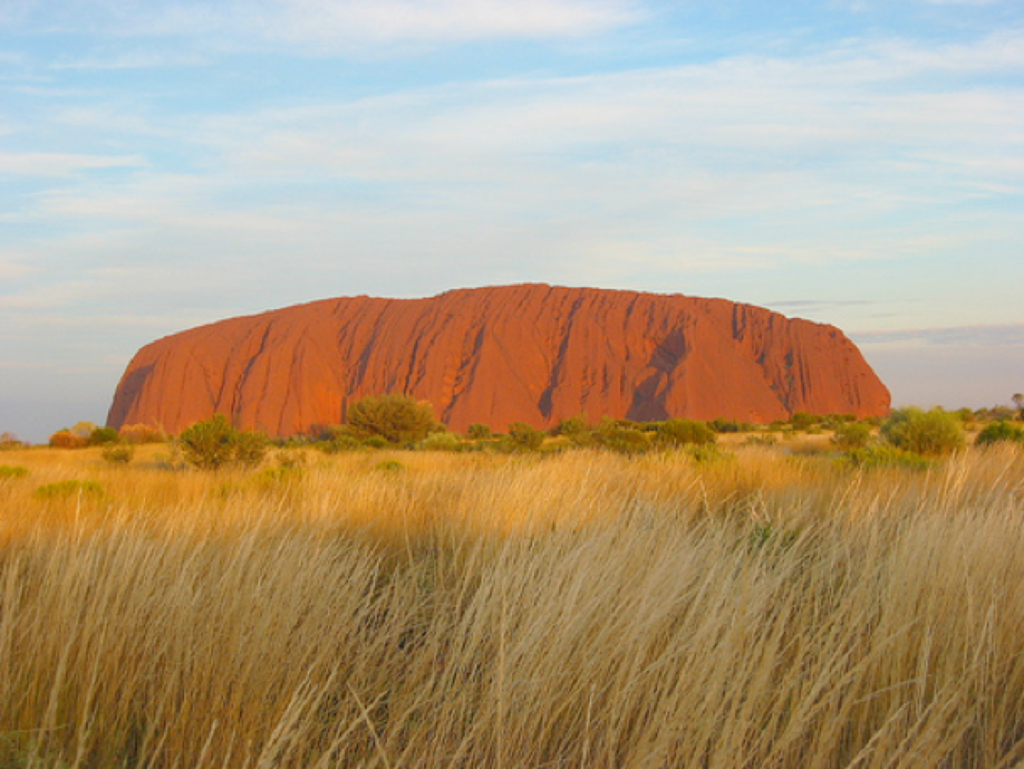 Uluru is one of the most sacred places on Earth and exists in Australia. Uluru is also known as Ayers Rock, which is the name it was given by European explorers. This massive sandstone rock is sacred to the Anangu – Aborigines of the area. However, recently, Uluru become important for New Age believers.

So now that we have taken you around the world, you too can start your path of spiritual enlightenment!