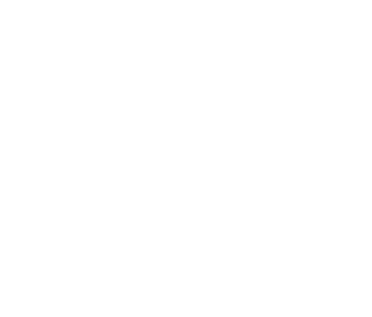 As a civilization, it is crucial that we strive to understand the mysteries of our past in order to move boldly into the future.  To this day, it remains widely unknown how our ancient ancestors constructed colossal stone monuments all around the world completely independent from one another and with seemingly simple stone tools.

This mystery has only deepened with time as we have discovered more about the building proficiency required to construct such monuments.  We are only now living in a time where these ancient mysteries of our past are beginning to reveal themselves to us.

These monolithic structures were purposely designed to last thousands of years – with perhaps the intention of communicating a crucial message through time to a future generation. The time has come to decode these secrets of our past in order to more fully understand where we came from and even where we’re going.

Ancient Tomorrow is a brand new, larger than life docudrama epic-adventure that confronts these archaeological anomalies head on.  This television series follows a team of intrepid scientists around the world to piece together an ancient power technology that may be the key to humanity’s energy future.

This expedition focuses on unraveling the mysteries of an ancient advanced energy system potentially used by our ancestors to construct massive archaeological anomalies all over the world – monuments that we could not even recreate today with our modern technology.  The team of renegade scientists is lead by chemist and adventurer JJ Yosh as they travel to the highest peaks and the depths of hidden caverns.  The team will investigate the clues of this mysterious technology left behind by the ancestors of these indigenous people. JJ and his team trek through massive ancient cities and unexplored sites as they struggle to understand how these forgotten structures were built.

I was fascinated by the concept of their show and was anxious to learn more about how it got started and what we can expect from the upcoming first season.  I had the great pleasure of speaking with Ramon Govea, producer and researcher in this real life expedition and investigative adventure.

Conscious Connection: How did Ancient Tomorrow get started?

Ramon Govea: Well, JJ Yosh initially came up with the idea and has been working on it for several years.  I came on the project a little over 2 years ago and we have developed it to this point.

Conscious Connection: Can you provide a brief bio for yourselves and how you came to be involved in this epic adventure?

Ramon Govea: Well, I originally signed onto the project as a writer.  After developing the ideas behind the show for over a year, fleshing out the story, shooting our trailer, and planning the first adventure, JJ made me the Co-Executive Producer of Ancient Tomorrow.

My background is in writing and philosophy, but as I got interested in this subject matter of finding new solutions for our global problems, I began researching everything from mythology to conspiracy theories, to different religious doctrines.  I starting finding connections in things that I had never seen before within governments, religion and business that were just too strange to ignore.

My spiritual development has been largely influenced by the research I’ve done in the last few years, and since I am a major contributor of the show JJ thought it would be great to include me as a secondary cast member on the show.

So I am currently planned to make an appearance in several episodes as the Team Philosopher.  If production gets crazy, that may change, but that is what is set for right now.

Conscious Connection: Can you describe the unique synthesis of genres the show has unified?

Ramon Govea: Yes, we are essentially a reality TV show.  But what is groundbreaking about our process is we will have the cinematic feel of a scripted series like “Lost.”  The adventure is real, the mysteries are real, and the cast is a group of real investigators in search of this ancient technology.  The format will be unlike anything seen on TV as far as drama, educational impact, and adventure.

Conscious Connection: What is your perspective on the ancient mystery structures found all over the world such as pyramids?

Ramon Govea: Well, we have some very solid evidence to support the idea that there are not only free energy devices that function in harmony with our planet, but other energy harnessing technologies that could replace our current pollution producing systems.

I can’t say much more except that we will be investigating the mysteries surrounding these technologies and our first stop in Season 01 will be the Andes.

Conscious Connection: How is Ancient Tomorrow going about decoding these ancient technologies?

Ramon Govea: Well, personally, I feel strongly that the answers to decoding this technology await us within the ancient structures that an advanced civilization left behind.  There are clues in the signs and symbols that remain intact from several thousands of years ago, and these symbols are meant to be deciphered by a group of people destined to draw these connections.  I think it will take more than just a few adventurous people to figure this out, which is why part of our show will incorporate an interactive website for viewers to contribute to the investigation.

Conscious Connection: Why is understanding these ancient mysteries crucial to our future as a civilization?

Ramon Govea: I think that if we are to truly find some harmony and balance in thriving with our planet, rather than destroying it with our pollution, than the answers must exist around us.  These ancient sites and structures have withstood the test of time and I am convinced there are ways to achieve their level of magnificence with our own breakthroughs.  We just haven’t been looking in the right places because it has never been considered profitable.  Imagine what an ancient eco-friendly renewable or limitless energy could do for our species.  We could truly change the world.

Conscious Connection: How are you bringing this series out to the world?

Ramon Govea: Well, we are actually taking a non-traditional approach to getting this project to the public.  Typically you pitch a show concept to a Network, they either like it or pass on it and then that’s the end of it.  In our case, we have sought private investors to fund our expedition and film our show around that adventure.

We’ve found that a project like this, because it is such an important social project needs to happen regardless of the support of a network. We are more about spreading the truth and bringing to light certain advanced technologies which have been hidden for thousands of years.

Conscious Connection: Where/when can we expect to see episodes of Ancient Tomorrow?

Ramon Govea: Right now we are planning on releasing a web series to introduce our series and create interest from both the scientific community and those viewers who would love to know more about the historical facts that aren’t typically publicized.

As far as when and where you will be able to see it, we have to keep that under wraps for now as we navigate the waters of negotiation.

Conscious Connection: Is there anything else I missed that you would like to add?

Ramon Govea: Just thanks for your time and interest in this important subject.  We really hope that with the help of truth seekers like you, this show will take off and do well to get more people thinking about the possibilities!! 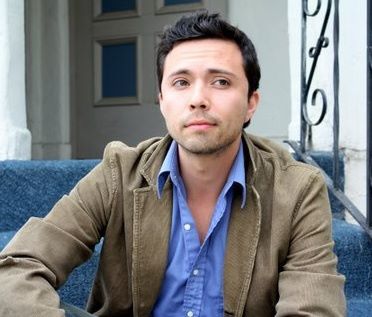